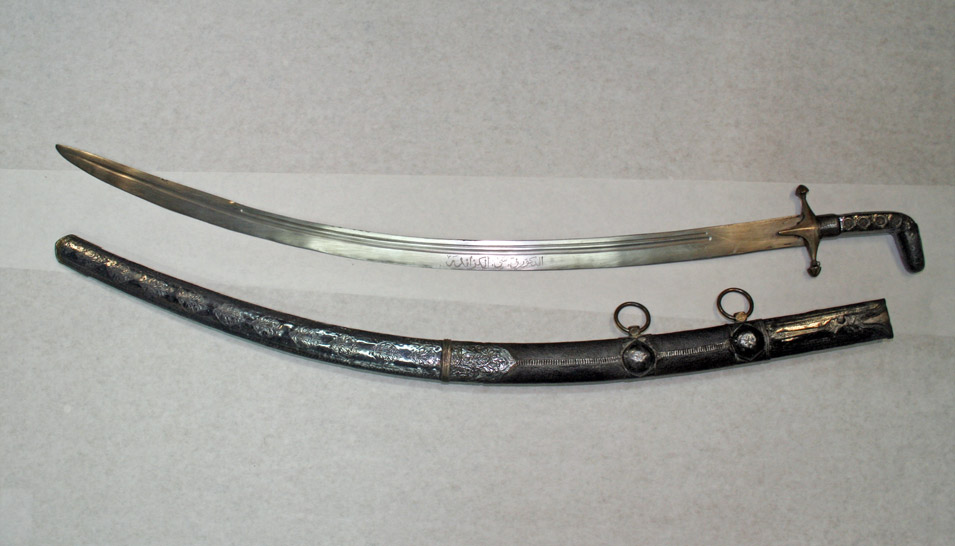 David Thomas happened upon a unique flea market find - a sword with the name Dr. T. C. Alexander inscribed on the blade and an accompanying document that speaks to the sword's great significance. It states,

"I present to my friend, Dr. T. C. Alexander, A memorial gift in recognition of his remarkable services and continuous kindness to the Saudi patients in the Dhahran Arab Hospital. This gift is the sword of my father, Abdul Aziz ibn Madhi, May God give him grace. This sword has a well-known history for its fame. It was transmitted from hand to hand by inheritance until it came to my father. Some time ago, a tribal war broke out between our tribe and another. This sword was, then, in the hand of my father, who advanced with it towards the leader of the other tribe as he was aiming his pistol at my father’s chest. My father succeeded in forestalling him with a strike by the sword that cut off his hand at the middle of his arm, and he repeated the strike on his back as he leaned to pick up the pistol and so he was killed. In respect to this incident, the sword was called “ABU AL DHIRA’N” (Father of Arms). On the other side of the sword appears the mark of a strike of another sword which was directed by one of the aggressors who attempted to protect the slain leader. If I had any gift more precious than this, I would have presented to you, my friend, The Doctor, but this is my dearest possession.

The presentation is written in both Arabic and English and the document is signed in ink by the Amir. The sword has the name Dr. T. C. Alexander inscribed on the blade. The text was confirmed by two Arabic speakers. The scabbard is black leather with silver inlays on it. The grip is also covered with silver inlays. They are darkened with tarnish and age but have not been cleaned. The notch in the blade mentioned above is clearly visible. 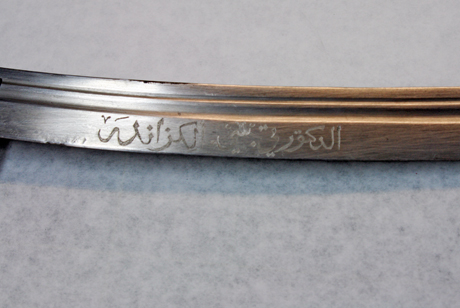 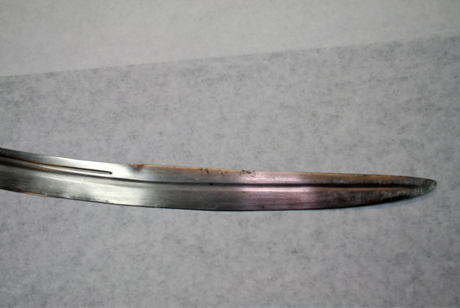 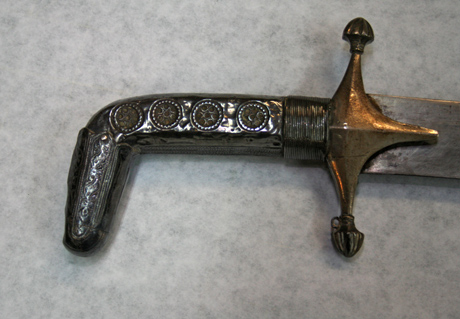 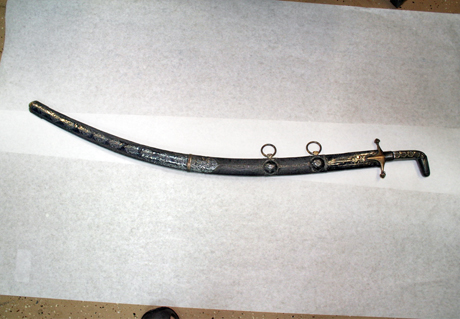 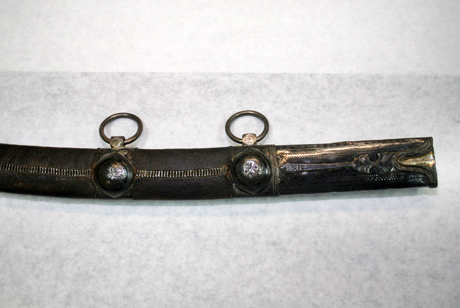 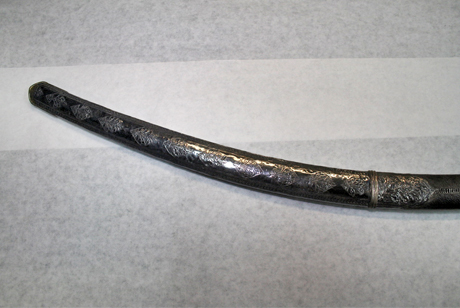 The sword was purchased at a flea market in Tulsa, Oklahoma in the early 1980s. David writes, "I suspect that Dr. Alexander’s estate was broken up and sold after his death. As he was born in Okmulgee, Oklahoma, my guess is that he retired there."

David is reaching out to the Aramco ExPats community in the hope that someone will have further knowledge, "My hope is to gather more information about the sword and its owner’s role in the growth of Saudi Arabia and if it is of historical significance in the Nation’s history." He welcomes readers to contact him at dthomas.1@icloud.com with any information.