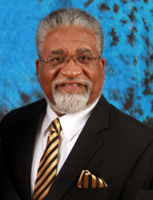 On November 14, 2022, God gave Wallace Clay Chappell rest from his earthly labors. Born in Hohenwald, Tennessee, on February 6, 1954, Wallace was the second of four children of Jesse A. and Bertha Mays Chappell. His father, Jesse, and older brother, Andrew J. Chappell, preceded him in death.

Wallace was educated in School District #95 in Carbondale, Illinois, graduating from Community High School in 1972. He continued his education at John A. Logan College in Carterville, Illinois, where he attained an Associate degree in Accounting in 1975. Wallace went on to earn a Bachelor of Science degree in Business Systems Analysis from Southern Illinois University in Carbondale in 1977. He was a wiz at programming, systems administration, and systems analysis and worked for several major companies including Whirlpool (Evansville, Indiana); ARAMCO (Houston, Texas); Gaylord Entertainment (Nashville, Tennessee); and Metalworking Products (LaVergne, Tennessee). He recently retired from Premise Health (Brentwood, Tennessee) due to health challenges.

He met his wife, Edwina, while visiting his home church and family in Carbondale. She was a musician at Bethel AME. His visits became more frequent after meeting her. Their relationship continued even after he moved from Evansville, Indiana, to take a job in Houston, Texas. Soon Wallace and Edwina were united in matrimony at the Payne Chapel AME Church, Houston, by the Reverend Arthur J. Bundage (pastor of Payne Chapel) on November 14, 1981. Praise God that Wallace and Edwina were able to have a 41st wedding anniversary before his passing.

Wallace was definitely a God-fearing man. He trusted God to handle all aspects of his life, including his health. He read The Daily Word each and every day and was not ashamed to let his light shine so that others could see what God was doing in his life. He further demonstrated his love of the Lord through singing. His wife, Edwina, played the first solo he ever sang in a church choir. That song was JESUS IS LOVE, which he led when affiliated with the Celestial Choir of Payne Chapel AME Church, Houston, Texas. You could see and feel the anointing upon his life every time he sang for the Lord, whether as a soloist or member of the choir. He was not a person that had to be out front. He gave God his all whenever he sung. In fact, he gave God the very best that he had in whatever task he was asked to complete. Wallace loved the Lord, and the Lord loved him. He was a man of few words, but when he spoke, everyone, including his wife Edwina, listened.

There was no better model of a great husband, father, son, brother, family member, church member, choir member, employee, friend, or human being than Wallace Clay Chappell. He was the epitome of excellence in all those categories. He will indeed be missed. However, Wallace acknowledged that he was tired, and God bestowed eternal rest upon him.

Wallace was saved, so the family celebrates his homegoing. He fought a good fight; he finished his course; and he kept the faith. Excited about his eternal life are his loving wife of 41 years, Edwina; a son, Darian Chappell of Nashville; a daughter and granddaughter, Stacey Pace and Morgan Pace of Houston, Texas; his mother, Mrs. Bertha Mays Chappell of Carbondale, Illinois; two sisters, Regina A. Chappell Clayton and Delores (Thomas) Chappell Penn of Carbondale, Illinois; two aunts, Laney Mays and Sarah Chappell of Chicago, Illinois; special friends Kelvin Chambers, Arthur Gibbs, and Lee Glass; and a host of nieces, nephews, and cousins.