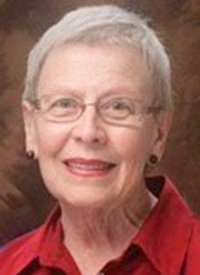 Rosemary Berka Stoelzel, 80 years old, was called to heaven on July 7, 2019. She passed peacefully at home, surrounded by her loving family. Rosemary was born in 1939 in Colo, Iowa to Frederick and Muriel Berka. She skipped a grade in elementary school and graduated as valedictorian of her high school class then attended Iowa State Teachers' College. At the age of 19, she received a pre-professional teaching degree and taught 6th grade for two years in Jefferson, Iowa. She then moved to Greeley, Colorado to pursue a bachelor's degree in education at the University of Northern Colorado. While studying in Greeley in 1961, Rosemary met her future husband, Wally Stoelzel.

After graduation, Rosemary and Wally moved to Santa Maria, California, where Rosemary taught 6th and 7th grade. Their children, Judy and Dan, were born in California. The family moved to Tempe, AZ, where Wally attended graduate school at ASU and Rosemary taught 6th and 7th grade. In 1966, the family moved to Dhahran, Saudi Arabia, where Wally worked for the Arabian American Oil Company (ARAMCO) and Rosemary taught 6th grade in the ARAMCO School for 8 years helping to implement new programs including team teaching. They traveled extensively during this period. While in Dhahran, Rosemary received the Jerusalem Cross from the Episcopal Bishop of Jerusalem. The family returned to the States after Rosemary's mother, Muriel, was killed in a terrorist attack at the Rome, Italy airport on her way to spend Christmas of 1973 with the family in Dhahran.

In 1974, the family moved to El Paso, TX where Rosemary taught at Lincoln and L. B. Johnson schools. She conducted many summer workshops for social studies teachers, taught in the EPISD summer World of Villages program, and was selected as the EPISD Teacher of the Year in 1982. Rosemary's expertise as a master teacher was recognized, and she was chosen to participate in the East Asian Institute at the University of Hawaii. In 1985, she earned her master's degree in education from UTEP. She retired from EPISD in 1992. Rosemary loved teaching and she made a positive, lasting impact on many young people's lives.

Rosemary was an active member and president in the El Paso County Council for the Social Studies. She was also active in the El Paso Federation of Teachers, representing the group on the superintendent's Consultation Committee. She was especially proud to establish the first EPISD scheduled Parent/Teacher Conferences during her committee term. 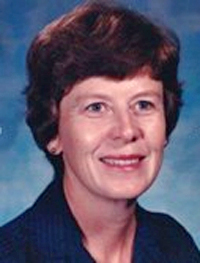 Rosemary and Wally were members of the El Paso Simple Sams RV Club and the Dhahran Outing Group (DOGs). She helped to form a women's investment club, served as Cadette Girl Scout leader, and assisted her church with youth programs. She especially enjoyed attending sports, band, and orchestra events to support and cheer for Wally, her children, or her grandchildren. Rosemary had a passion for music, playing clarinet and singing in the glee club in high school, accompanying high school soloists as their pianist, and attending El Paso Symphony concerts. She was a patron and supporter of the Arts. Rosemary always loved to travel, both inside and outside the United States. She traveled to many countries on 6 of the 7 continents.

Other special interests dear to her heart included reading, sewing, attending the annual El Paso Plaza Classic Film Festival, making scrapbooks, writing memoirs, delving into family history, savoring her favorite pecan coffee while reading the morning paper, gazing at the Franklin mountains, enjoying El Paso sunsets, and listening to mockingbirds sing. Rosemary especially treasured her friends and her grandchildren, whom she considered the "icing on the cake of parenthood!"

The last 6 years of her life Rosemary courageously battled stage 4 ovarian cancer. During her final years of illness, she fulfilled her wish to contribute to science by bravely participating in several clinical drug trials in Scottsdale, AZ. Her faith, friends, and family sustained her during this time. Rosemary was a remarkable soul; kind, generous, and always putting the needs of others before her own. Her unwavering faith and unconditional love served as an example to everyone who knew her. She will be greatly missed.

In lieu of flowers, memorial donations may be made to Assistance League of El Paso, El Paso Community Foundation, St. Luke's Episcopal Church.