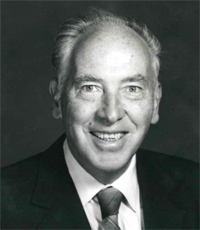 Robert "Bob" Emmet Leo was born February 23, 1921, in Churchville, New York, and passed from this life on March 23, 2022, in Bozeman, Montana. He grew up in California's San Francisco Bay area. When he was 12, he used magazine instructions to build a battery-operated radio receiver that was made of a vacuum tube, wire wound around an oatmeal box, pieces from a tin can, and cellophane. Later, he made some adjustments, and found that he could hear amateur radio stations, as well as the intended commercial stations. This led to 85 years of fascination with radio signals and radio antennas. He learned Morse code by listening to amateur stations, and to ships at sea. At the age of 16, he had a license to operate his own amateur (Ham) station. His call sign was W6PBV.

While attending San Mateo Junior College, Bob joined the Naval Reserve and learned Navy radio procedures. In February 1941, he was called to active duty. He was a Navy radioman at stations in San Francisco and then the Farallon Islands. In further schooling on Bainbridge Island, WA, he was trained to copy Japanese code. This was a skill he used during the battle of Midway--copying and handling encoded Japanese messages.

Stateside military service led to overseas employment opportunities after the war. In 1947 he became one of two radio operators on a Hallicrafters radio equipment expedition in Kenya, Tanganyika, and Uganda. (He was chosen from among nearly 9,000 other applicants-and met his future wife, Cobi Kapteyn, on the train while going to the job interview). 1948 thru 1950 found him working as a radio operator in Dharan, Saudi Arabia, for the Arabian American Oil Company. Back in California, he helped build a computer named ERMA at Stanford Research Institute. Then, Bob was employed at General Electric in Phoenix, AZ. He taught Electrical Engineering at Montana State from 1961 until retirement. On leave from Montana State, Bob did communications research based in Bangkok, Thailand. The Bridger Ridge Radio Users Association, and the Eaglehead Repeater Association benefitted from his expertise. After retiring from MSU, Bob created his own consulting business, pursuing experiments such as reproducing the events that would cause a clothes dryer to catch on fire. He was called on as an expert witness for many legal cases.

Bob made lots of good friends around the world thru Ham radio. As W7LR, he contacted people in nearly every country in the world. Good friends assisted him as his abilities faded. Bob was a great guy-according to his niece, Amy, he had a "sweet and humble touch." His son Brian remembers that Bob's favorite advice was, "have fun". During the time when Bob became less preoccupied with work and radio, he became troubled by not being able to live up to God's standard of perfection. Therefore, in 2019, he decided to accept Jesus Christ as his Savior.

Bob married Jacoba (Cobi) Kapteyn in 1949. Surviving family includes his nieces and nephews and his children, Brian Leo and Joyce Lee (Robert Lee); also grandchildren, Michael Lee, Larry Lee (Samantha), and Mary Thompson (Joshua Thompson). Bob had five great-grandchildren at the time of his passing, Foster Lee; and Abigail, Emmett, Clara, and Nolan Thompson. Another great-grandchild is expected in May, 2022. He was preceded in death by his father; mother; and by his sister, Jean Leo Robinson. His wife, Cobi, died in 2018. Granddaughter Serenity Lee passed in 1977, and granddaughter Sara Lee passed away in 2021.

Our thanks and gratitude go to Cottonwood Case Management, First Choice Home Health, Highgate Senior Living, Dr. Lingley, Drs. Comaratta and others, and to Stillwater Hospice. A Memorial Service is scheduled for 1 PM on April 26, 2022, at Dokken-Nelson funeral chapel in Bozeman, MT. A gathering at the Methodist Church next door will follow.