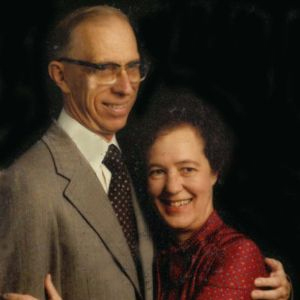 Margaret Elaine Chapman Smith, age 95, passed away on Friday, April 12, 2019 in San Antonio, TX. She was born to parents, Grover I. and Eva Terman Chapman, on April 9, 1924 in Dover, New Hampshire. She graduated from Nurses Training at Wesley Memorial Hospital in Chicago, Illinois, in 1947 and from Texas University in Galveston in 1952. In 1954 she married the love of her life, Charles A. Smith, at Travis Park Methodist Church in San Antonio. A few years before his retirement, Margaret moved with Charles to Saudi Arabia where he worked for ARAMCO.

While there she was pleased to resume nursing work as a volunteer. She and Charles were longtime members of Alamo Heights United Methodist Church and its Kum Doublers Sunday School class. Margaret enjoyed traveling in the US and abroad and was a talented musician and gifted cook. In 2005 she and Charles relocated to the Inn at Los Patios and shared many joyful years there together prior to his passing in 2012.

Margaret was preceded in death by daughter Elaine Michelle Smith; her husband, Charles, and her brothers Myron and Paul Chapman.

She is survived by son Douglas; granddaughters, Charity and Jennifer, and five great-grandchildren.