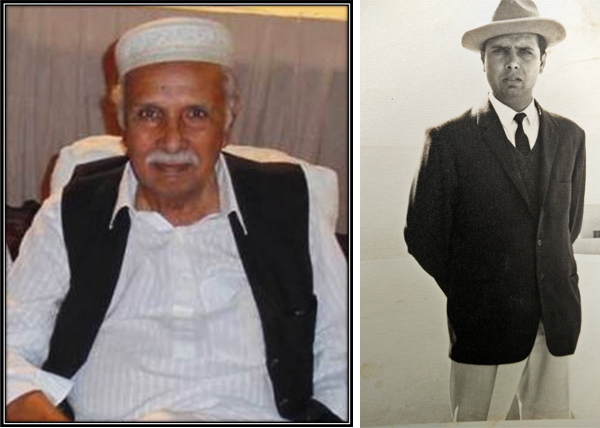 Habib Nabi Khan (Badge No.72254) was born on June 16, 1930 in the city of Lahore, Pakistan. His father Mr. Ahmed Nabi Khan and mother Mrs. Kaiser Jahan brought him up in an impeccable manner, which was reflected in his exemplary character. He was the eldest child among other four siblings (Late Jamil Nabi Khan-Shakeel Khan-Naseema Khan and Shamim Khan). He received his former education in Pakistan and married in 1954 to Farhat-Un-Nisa, who was from Peshawar. A year and a half after his marriage he moved to Dhahran in Kingdom of Saudi Arabia to work for Saudi Aramco as an Accountant.

He was blessed with a beautiful family of 3 kids with his wife. The family had moved back to Pakistan when his children were at a college age. A few years later he decided to take an early retirement from work to move back with his family, in 1985. 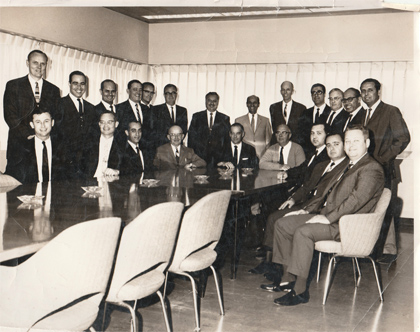 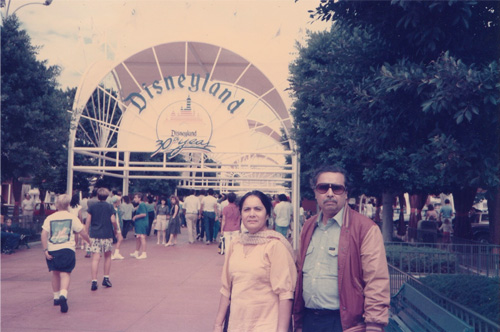 Habib Nabi Khan with his better half at Disneyland USA

His eldest son Khalid Habib is working in Hollywood, at California USA. The second son Rashid Habib is residing in Karachi. His youngest daughter Dr. Farida Habib Khan is a pediatrician and teaching at Princess Noura Bint Abdulrehman University at Riyadh Saudi Arabia. His son-in-law Dr. Khalid Akber is also a pediatrician, who is working and established in Karachi. His grand children are Abdullah, Ayesha and Ali. Abdullah is recent graduate in Economics from Lahore University of Management Sciences (LUMS), whereas Ayesha is a final year medical student at Dow Medical College in Karachi and Ali is studying Medical Physics at University College London (UCL).

He was an exceptional son, a terrific brother, a very caring and loving husband, a phenomenal father and a beloved grandfather. He went to DePaul University at Chicago, Illinois to do his Masters in Accounting. He was always determined to learn, even at an old age, he was mostly found reading and learning about new things. He always provided his family with the best of everything.

After retirement, he traveled a lot, mainly to United States of America, Riyadh, Dubai, and even went to perform Umrah multiple times. He was a permanent member of Saudi Aramco Ex-Employees Association (SAEEA) and always actively participated up till 14th reunion. He was found of playing music with several instruments especially keyboard and harmonium.

After suffering for several months on serious illness he peacefully passed away on February 2, 2017 in Karachi. All the family members and SAEEA office bearers terribly missed him and pray to ALMIGHTY to grant him good place in paradise, Ameen.