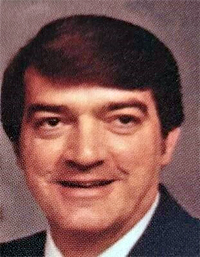 Gerald Fleming, age 74, passed away on July 24, 2019. Predeceased by his father Norman, mother Hilda, and brother Jack, he is survived by his son Josh, and his two daughters, Melissa and Amanda, as well as 4 beloved grandchildren.

He was a graduate of Gunning Bedford High School, and in his last days, even when so many memories were gone, he loved regaling us with stories of all the trouble he got into there. He served honorably in the United States Army from 1965 to 1967. In 1971 he graduated from Delaware State University and went on to become an accomplished cost engineer and project manager for DuPont and later Aramco. His job took him all over the world and he lived for a time in Saudi Arabia and then London before returning to the states. The latter portion of his life was spent in his beloved Texas, and he was a huge Texas A&M football fan. He loved riding his Harley with his best friend Nick, throughout the Texas Hill Country and even further when they got the chance. He loved his dogs, art, and reading about history. He was the kindest, most generous father his children could have ever had, he had the greatest sense of humor, and he made anyone he met feel important and loved.

A private memorial service will be held in Port Penn, Delaware, in the near future, and anyone who would like to attend can get details from his daughter, Amanda, by contacting her at roachina@gmail.com or calling 978.895.6319.