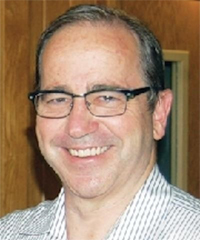 Gary Edward Clayton, son of Harry D. Clayton and Anabel Stracener Clayton of Alexandria, Louisiana, was born on September 26, 1953, and died in Dallas on December 25, 2021. Gary received JD from LSU in 1978, Masters in 1980 from American University, and LL.M from the University of Exeter where he attended on a Rotary Foundation Scholarship.

After studying in England, Gary joined the US Army Jag Corp as judge advocate for Italy, Greece and Turkey and was stationed in Vicenza, Italy and Fort Hood, Texas until 1984. He worked for Saudi Aramco and several law firms building his litigation practice for twenty years. In 1998, he launched Privacy Council, Inc., a private technology company. In 2000, he testified before Congress on privacy issues and advised US officials on financial privacy and European Union officials on the development of a "digital dialogue" with the United States. Gary appeared in national and international media on matters relating to the Internet and privacy. In 2006, Gary started Privacy Compliance Group, Inc. where he focused on servicing the private sector. In 2012, Gary joined ADP, Inc. as Senior Director of Privacy Programs before he retired in 2017.

Gary is survived by his wife, Marsha Swann Clayton, and children Celeste, Simone and Patrick; brother Harry Dorman Clayton and his wife Gail of Alexandria, LA; brother Ronnie Wayne Clayton and his wife Sharon of Pineville, LA; numerous nieces, nephews and cousins whom he loved dearly. A funeral service will be held at 1:30 p.m. on Thursday, January 13, 2022 at St. Joseph Catholic Church in Richardson, TX with Monsignor Don Fischer officiating.