Misfir A. AzZahrani, vice president of Exploration, retires after nearly 40 years of service with Aramco. 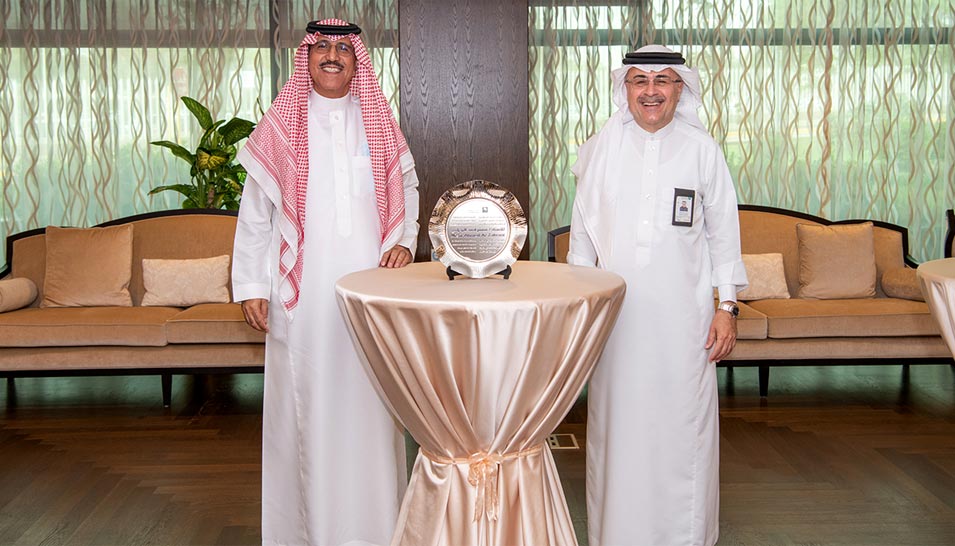 Misfir A. AzZahrani’s career spanned across a transformative time period for the company, with early assignments that helped to build and develop Aramco’s nascent gas program into a global leader, which does not only meet domestic energy needs, but also helps the Kingdom reach its ambitious economic Vision 2030 plans.

“In 1996, the question was whether there was enough gas to justify an aggressive gas program, with multibillion-dollar projects,” said AzZahrani, who served on a Gas Program task force in Exploration. “We put together the first gas strategy in the Kingdom. Our work then made the transformation of today possible.”

AzZahrani joined Aramco in 1982, after earning a B.S. degree in geology from King Saud University in Riyadh. He started his career as a geologist, transitioning through the leadership of Exploration divisions, contributing to Upstream programs by making new oil and gas field discoveries, some of which are contributing in today’s production.

Between 2004 and 2010, AzZahrani served as an acting manager and the permanent manager of the Reservoir Characterization Department, a period in which AzZahrani managed the company’s interests in Upstream gas joint ventures with international oil companies in the Kingdom. He also introduced the concept for the first Geosteering Operation Center at Aramco.

In 2017, after serving as general manager of Prospect Portfolio Development, AzZahrani was seconded to the Ministry of Energy to help formulate the Kingdom’s mining strategy.

In 2019, AzZahrani became the executive director of Exploration, before being named vice president of Exploration in April 2021. In this role, AzZahrani continued reviewing and implementing Exploration strategy to assess existing and additional new oil gas reserves, unlocking new hydrocarbon resources potential, proposing various subsurface sites for CO2 sequestration, and he coached and steered the construction of the new Exploration Core Laboratory, the world’s most advanced facility of its kind.

In addition to his professional duties, AzZahrani has served on a number of Boards, namely on the Board of the College of Petroleum and Geosciences Advisory Council at KFUPM, the Board of the Saudi Aramco Upstream Technology Company, and the Advisory Board for the American Association of Petroleum Geologists.

The Prosperity Zone Center will show, in depth, the story of the discovery of oil in Saudi Arabia.

Now, after almost 40 years, AzZahrani leaves his big Exploration/Aramco family, to be with his smaller family: his wife, three sons, two daughters, and three grandchildren.