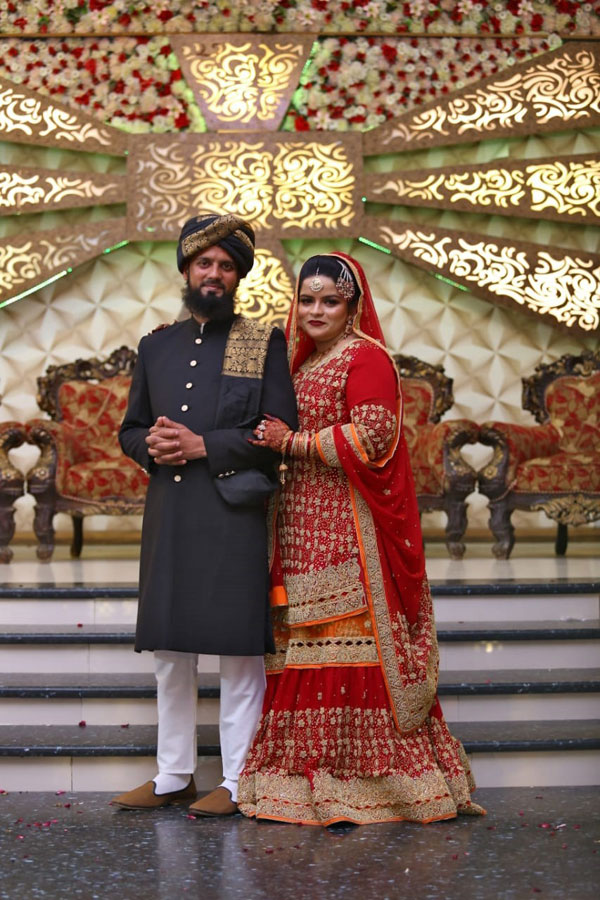 Umaima's wedding preparations had begun not long after her Nikkah which was held in the first half of the year in the month of May. After her Nikkah ceremony, from June until the end of November her dowry was collected. As the month of December started the wedding festivities begun.

On the 5th of December within the family, a dowry showcase was held. In this, all of the bride’s dowry is displayed for the family to see and the aunts of the bride come together, pack all the items in the dowry. However this time it was different as the bride was living in two completely opposing cities both climate and location-wise, them being Quetta and Karachi.

As the month of December progressed the events came along, on the 20th of December as a familial tradition in the Hyderabadi’s all the women in the family gathered to make sweets for the groom’s family who are to come the next day for the mayoon. The mayoon is basically an event in which the groom’s family goes to the bride’s house and shows the bridal wear to the family, but before the in-law’s come the family gives the bride pre-wedding gifts. On the 21st, the mayoon was held at the Sheikh Residence. On this day, the groom’s family delivered the wedding attire for the bride which included; the lehenga (an ankle-length skirt), shoes, jewelry, etc. The next day on the 22nd, the bride’s family visited the groom’s house to deliver the groom's clothing items for both the wedding and the Valima reception. 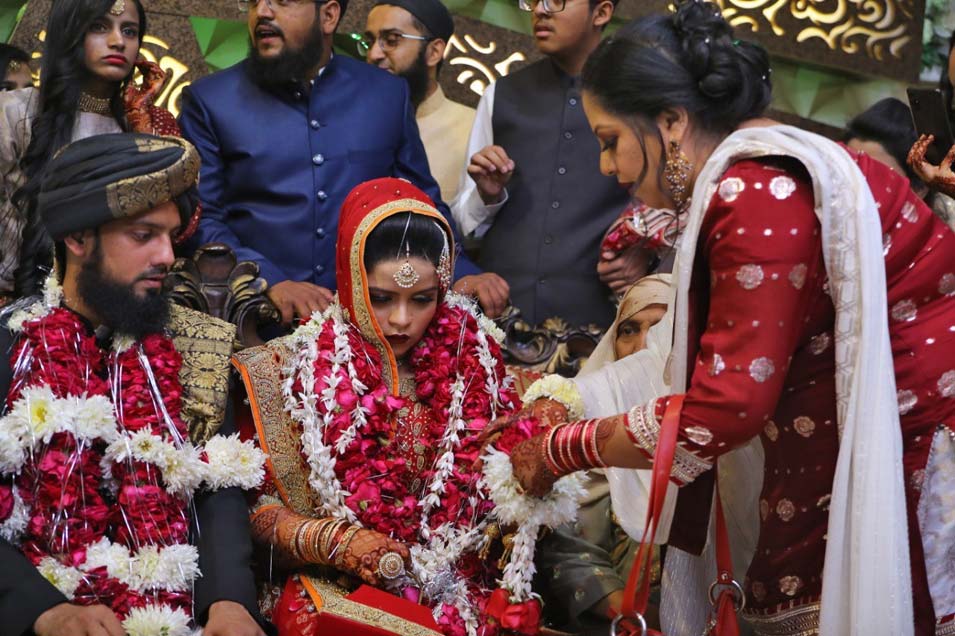 All of the bride's close friends and sisters held a bachelorette party for the bride celebrating her last days as a single woman. This was held on the 23rd of December at the Sheikh residence, the décor was done by Umar an aspiring event manager. On the menu for the event were several types of BBQ items and desserts.

Then the wedding came around, it was held in Taj Banquet on the 25th of December in the daytime. As the wedding was held on a Friday a prayer area was also provided so the men could pray in congregation. About 400 people were invited; guests included family, friends and colleagues. Sadia Rashid, the Chancellor of Hamdard University, also attended the wedding to personally congratulate the bride. Due to the ongoing pandemic, the buffet system wasn’t allowed so the table serving system was opted for. The menu was kept fairly simple; it included Biryani, White Karhai and a Carrot dessert. The food was made by Qadri Caterers and was personally supervised by Umami’s brothers - Habib, Zubair, Obaid and Anas.

The Valima (the reception) was held in Khan Shinwari Restaurant on the 27th of December. Approximately 250 people were invited. The event itself was nice and fulfilling, however, due to the location, the time limitations were strict. The time limit being of a mere three hours, beginning at 8 PM and ending at 11 PM The ceremony was quite simple as the concept of “Valima” in Islam is basically a meal for all the guests arranged by the groom. The menu included two different types of Karhai’s, Chinese Rice, Soup and Pulao. While Kheer was served as dessert.

Umaima is the niece of Engr. Iqbal Ahmed Khan-VP of Saudi Aramco Ex-Employees Association (SAEEA). The report of the activities is written by the granddaughter of Engr. Iqbal Khan, Mariam Ata Ur Rehman.