“Citizens for Environment” and “The Institution of Engineers Pakistan, Karachi Center” Conducted an Awareness Session on Coal Usage for Power Generation 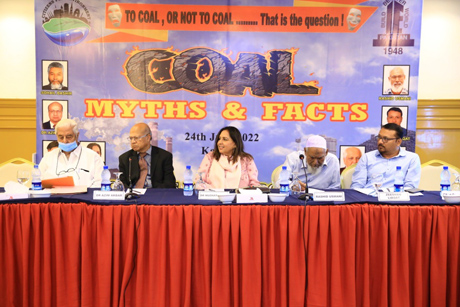 The honorable speakers on the stage along with Engr. Nooruddin Ahmad. 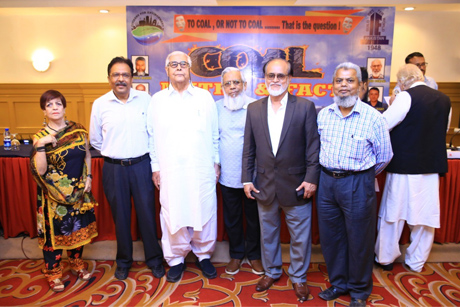 Coal remains the largest and one of the cheapest energy sources in the world today. It fulfills 40% of the world’s energy requirement, generating 2 million MW of electricity. It is the majory energy provider for most of the industrial nations of the world, with the US generating 30% (232,772 MW) of its electricity through coal, China 68% (1,046,893 MW) and India 73.5% (233,077 MW). The combined usage of these three industrial powerhouses amounts to 70% of the world's coal utilization. Other industrial nations are also not behind, with South Africa producing 90% of its electricity through coal plants, Australia 60%, Indonesia 58%, South Korea 44%, Germany 38%, Japan 32%, and so on. Thus we can see that coal energy has been the workhorse, on the back of which nations have achieved industrial greatness. In this scenario, should Pakistan abandon this cheap source of indigenous energy, or forever remain hostage to costly energy alternatives, the price of which will always be determined by external factors?

At present, Pakistan is using coal energy to meet only 14% of its electricity generation but is sitting on proven coal reserves of 3,377 million tons, equivalent to 331 years of its annual consumption. 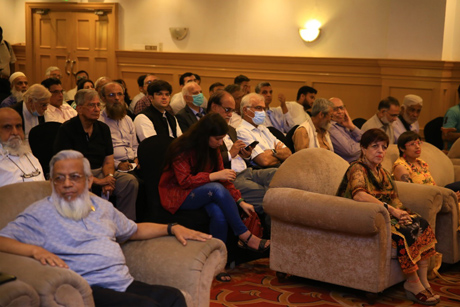 The audience who attend the function. 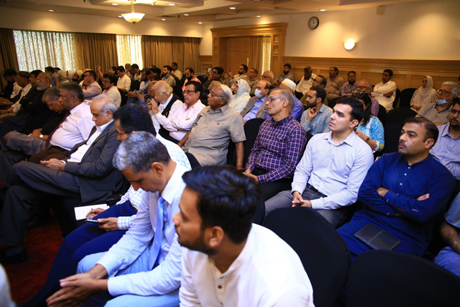 The hall is full of an audience from different groups.

In light of these figures, should Pakistan revisit its policy of December 12, 2020, when it decided to no longer build new coal-fired power plants?

Should Pakistan, in a knee-jerk reaction, ban all coal-fired plants, and let our precious resource go to waste buried in the earth, or should we go for sustainable development, where we can utilize our natural wealth while mitigating its adverse environmental effects?

To answer these questions, “Citizens For Environment” in collaboration with the “Institute of Engineers, Karachi Chapter” arranged a seminar on 24th June 2022, where enlightened, honourable speakers gave their expert opinion, espousing both sides of the arguments on the future of coal energy for Pakistan.

It was the first in a series of seminars that CFE intends to hold with IEP and other professional bodies, to highlight the various issues dealing with the environment and the problems of this city in particular and the country in general. 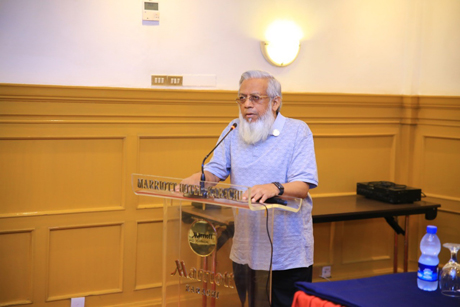 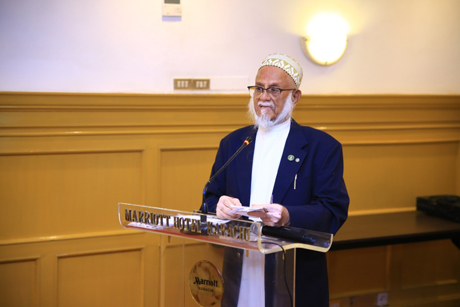 Engr. Sohail Bashir of IEP welcomed the participants and outlined the objectives of the event, which was to raise the awareness level through advocacy so that people can make an educated opinion, and in turn influence the policymakers. Only an informed and aware citizenry can decide what is best for itself, and the future of the next generation. He gave a brief background of the establishment and working of IEP, and the purpose behind creating it. On the subject topic, his was the opinion that, after hydel power, coal is the cheapest source of energy, and Pakistan as a developing nation should use all its indigenous resources to achieve industrial growth.

The speakers were an eclectic group of experts belonging to academia, professionals, environmentalists and stakeholders. An abstract of each speaker’s presentation is given herein; 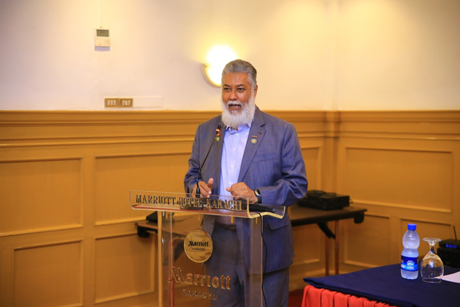 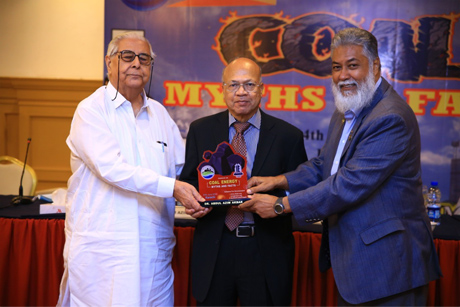 Dr. Abdul Azim Akbar is an expert in Energy, Oil, Gas, Petrochemicals, Coal, and Technological Developments. He spoke about great opportunities for Pakistan to utilise Thar coal in the fields of Energy, Petrochemicals, Liquid Fuels production and other areas which can bring great prosperity to Pakistan. He also highlighted the challenges such as environmental concerns that Pakistan faces in this regard and how to overcome them. 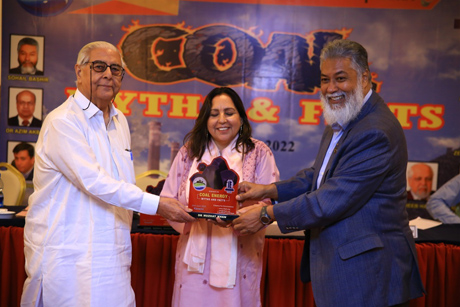 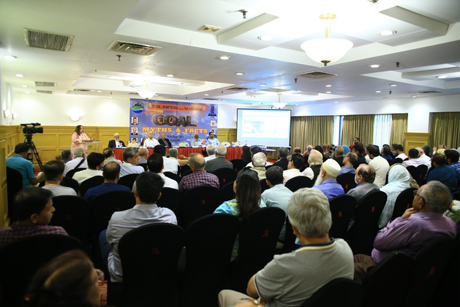 Dr. Nuzhat Khan, former Director General, National Institute of Oceanography, and now founder and CEO BlueNet+, an ocean advocacy and stewardship forum. According to her Ocean is the mother of all energy sources, as it is a vast reservoir of fossil fuel, and oceanographers will be the next custodians of the world’s energy needs. While highlighting the economic benefits of coal as a cheap source of energy, pointed out to the numerous damaging environmental impacts of coal that occur through its mining, preparation, combustion, waste storage, and transport, such as: air pollution from coal-fired power plants and coal mining, Black carbon resulting from incomplete combustion, Coal sludge, also known as slurry. She advocated Clean Coal Technologies For Sustainable Power Development, Increased use of Advanced Fossil Fuel Technology and Conversion Technologies Supercritical, PFBC and IGCC, Post-combustion cleaning particulate and gaseous pollutants removal. 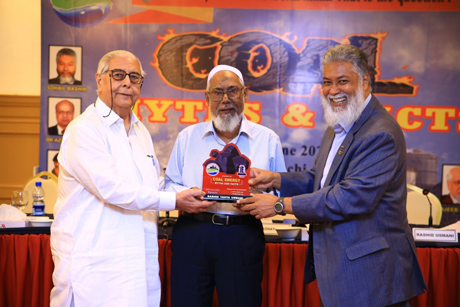 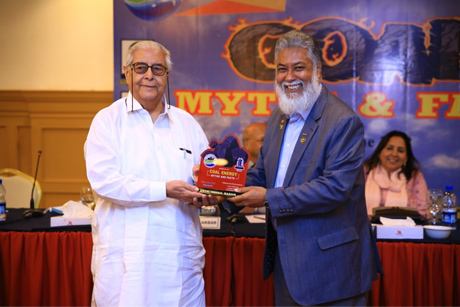 Rashid Yahya Usmani, Director of Enviro-Maritime Capacity Building Institute is a Marine Engineer & Environmentalist by profession. Speaking on “Harnessing The Coal Phobia”, while recognizing the adverse impacts of industrial usage of coal, he advocates its use in a sustainable manner considering the economic aspects of available natural resources viz-a-viz import of liquid fuels. He suggested measures through which these ill effects can be minimized. The benefits of coal as a fuel, if managed meticulously, outweigh the environmental depreciation. 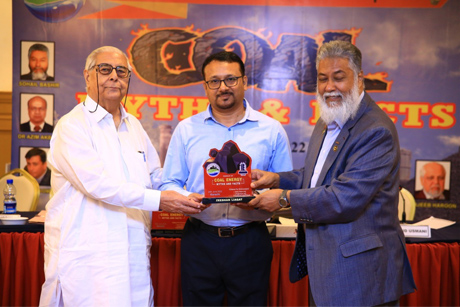 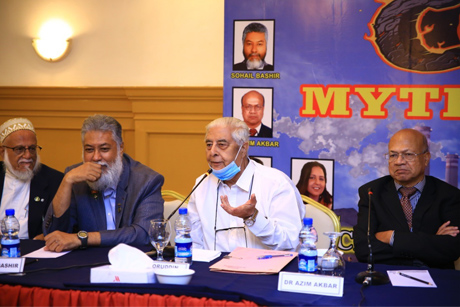 Zeeshan Liaqat, Head of Commercial, Pakistan International Bulk Terminal (PIBT), said that PIBT is the only purpose-built terminal to handle dirty cargo in the country. It is fully equipped with modern standards and has state-of-the-art equipment to handle coal. He said that the terminal is ready for Lignite exports from Thar, boosting Pakistan’s economy to its peak and earning foreign exchange. He said that PIBT is cognizant of the environment while managing coal at its terminal. The terminal has its own sewage treatment plants, and the best dust suppression systems compared to the industry globally, such as water sprinkling systems, wind fences, etc. Since its inception, PIBT has successfully handled more than 34 million tons of imported coal in less than five years of its operations and has benefited more than 150+ clients by handling, storing and dispatching the coal and paid royalty of USD 80 million to the national exchequer on sea-bound coal imports handled at PIBT. 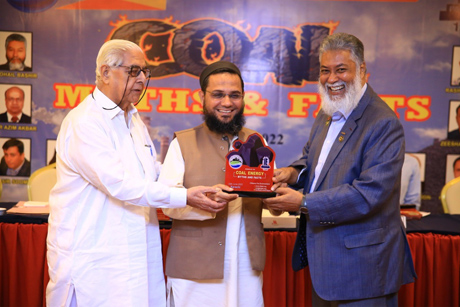 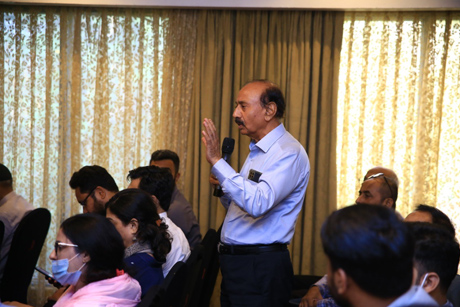 Faisal Iqbal Siddiqui, General Manager Technical, Sindh Engro Coal Mining, spoke about the vast potential of Thar Coal, and how SECM has been able to exploit this vast natural energy source, and at the same time mitigate the environmental effects associated with coal-usage. He also debunked the myth associated with the low quality of coal available at Thar reserves, and said the lignite available in Pakistan, and especially in Thar, is as good as anywhere in the world. Thar has the potential to solve the energy crises of Pakistan for ages to come.

After the presentations by the erudite speakers, the floor was opened for open discussion. An animated Question-Answer session was witnessed, where an equally learned audience debated and argued on various aspects of coal usage, handling and transportation, especially those occurring in the immediate vicinity of human habitat. One question was raised regarding the under-ground gasification of coal, and what potential it has to solve the energy crises. It was stated that in the presence of tried and tested power generation through coal- power plants, under-ground gasification is a tricky method, which still needs more development to be able to match the power generation capacity of coal power-plants.

Another member of the audience raised a very pertinent question, that a few years back the Supreme Court stopped coal activity at KPT declaring it as injurious to human health and being in close proximity to human habitat. However, KPT is still importing Petcoke, whose physical properties are very near to that of coal dust, and equally injurious to human health. Is the handling of Petcoke at KPT, a precursor to KPT restarting Coal handling at their terminal. Mr Rashid Usmani, the environment consultant, who had done an EIA report for the coal- handling at KPT, responded by saying that KPT is following the SC ruling in toto.

In response to another question regarding the quantity and availability of water used for sprinkling as a precursor to coal-dust suppression, Zeeshan Liaqat of PIBT informed the audience that the water is being supplied by Port Qasim Authority as per their commitment. 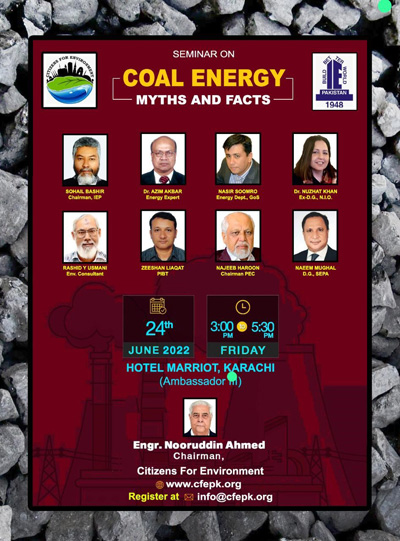 The copy of the ad for the seminar. 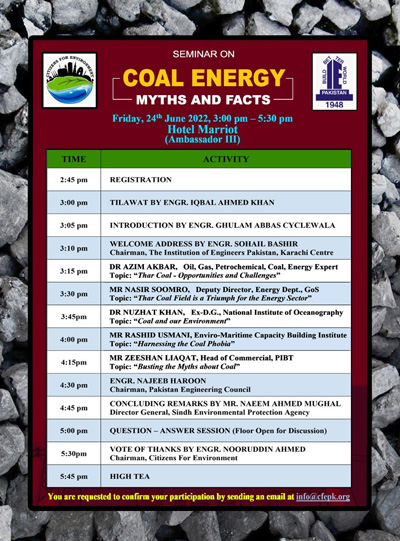 The copy of the seminar program at Hotel Marriot Karachi.

Engr. Nooruddin Ahmed, Chairman “Citizens For Environment” gave the ‘Vote of Thanks’ to the speakers and the audience, with the commitment that this series of professional discourse would continue as a regular feature in collaboration with the various professional bodies.