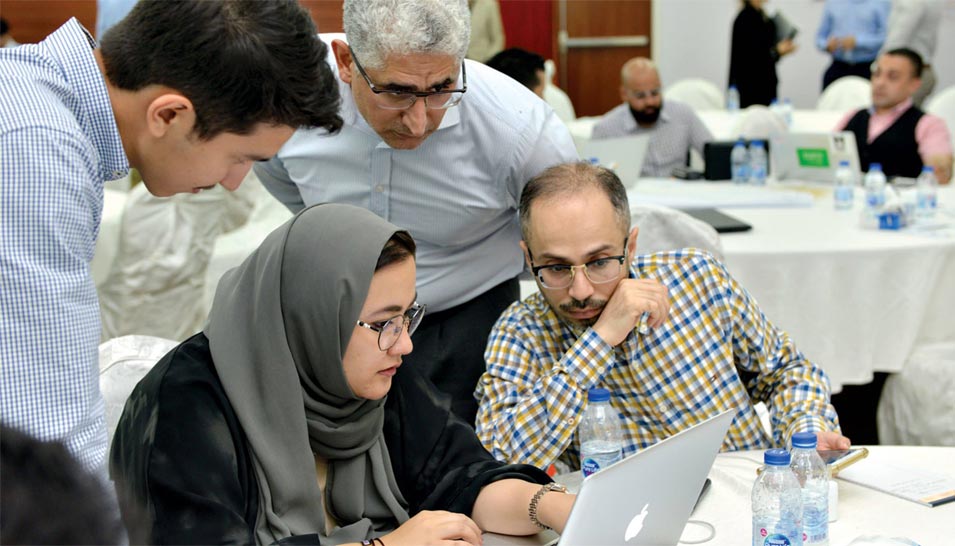 In what only can be described as Saudi Arabia’s hidden beauty, Shaybah has one of the most unique ecosystems in the world. That made it a perfect location to deploy our Innovation Ecosystem Society’s (IES) Seventh Thought Leaders Think Tank.

Hosted by the Shaybah Producing Department (SPD) and delivered collaboratively by Human Resources (HR) Strategy and Wa’ed, the two-day event provided the 56 participants an experience that will last a lifetime.

Kick-starting the event was a trip to the gas-oil separation plant and wildlife sanctuary that truly set the scene and evoked a sense of creativity and connection. The two visits also highlighted how Saudi Aramco is showcasing the co–existence of “ecological innovation” side by side with the energy industry.

The idea of hosting a think tank in Shaybah was planted by SPD senior operations adviser Maher Uraijah at a previous think tank held at the King Abdulaziz Center for World Culture in Dhahran.

The Shaybah sessions consisting of four key events — the hackathon, launch of the Google For Entrepreneurs — Startup Grind Chapter for Dhahran, prototyping, and a pitching panel.

With “ecological innovation” as the theme, the hackathon focused on exploring the application of the Fourth Industrial Revolution (robotics, Internet of Things, blockchain, etc.), to assist in protecting the endangered species of the Arabian desert.

A series of inspirational speakers shared their wisdom for the hackathon and the GFE – Startup Grind Chapter for Dhahran, including Turjuman co-founder Samaher Al Hothaili who is best known as the SR1 million winner at the Hajj Hackathon. That event made the Guinness Book of World Records this past year as the largest hackathon in the world. Majd Alafifi, co-founder of STSchain, a blockchain startup, also spoke at the Shaybah event.

Both shared stories of risks and challenges, highlighting that it was their purpose, passion, and persistence that guided them to achieve their ultimate success.
“It’s hard work, but you should never give up in being innovative,” Alafifi said.

Al Hothaili added that it was the “expertise and talent mix of her team that really contributed to their win.” 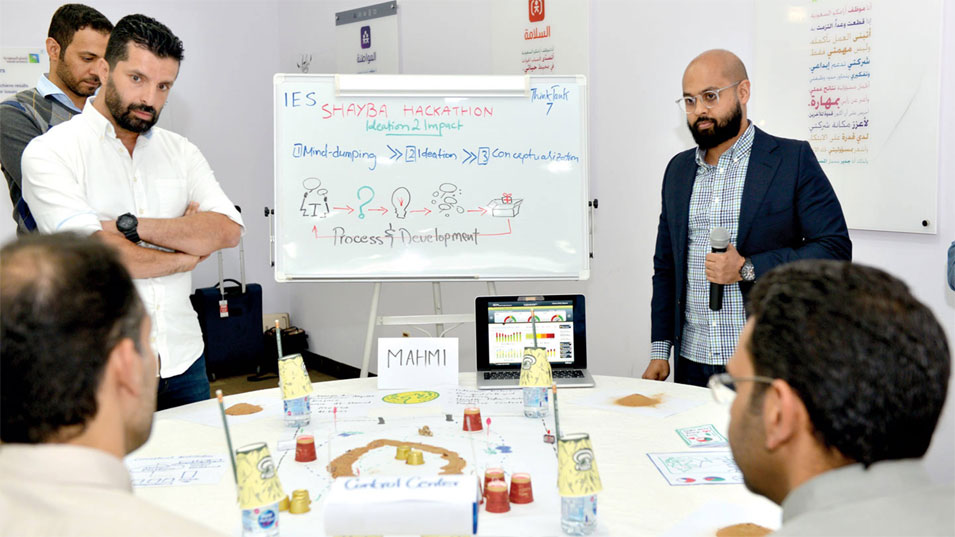 The team from the Innovation Ecosystem Society pitches its winning Fourth Industrial Revolution prototype “Mahmi” to Shaybah Producing Department management during the recent event held at the remote area. The pitch session was just one of the featured events, which also included prototyping and a hackathon.

The prototyping sessions explored mashups and other design thinking concepts that creatively and meaningfully evolved as three-dimensional mockups.
Overall the event proved to be a great success, with seven prototypes produced.

Dhahran Techno Valley CEO and participant Craig Smith said the Shaybah think tank was “a great example of the hands-on, results-orientated approach making a real difference to employees’ entrepreneurial thinking. Through this progressive approach, Saudi Aramco is inspiring the entrepreneurship passion and sparking creativity. The short- and long-term benefits are limitless, especially under the leadership of the professional IES board.”

In wrapping up the event, Trey Goede of Venture Capital, Wa’ed, facilitated the pitching sessions. Each team was given the opportunity to pitch their project to a panel of Saudi Aramco management from Upstream and Wa’ed.

The energy and commitment of the participants was infectious.

“This impactful event was clearly enjoyed and appreciated by the participants,” said John O’Reilly, senior HR professional in Upstream. “I haven’t been to many workshops where the participants were so engaged in their work that they had to be reminded multiple times to take a lunch break.” 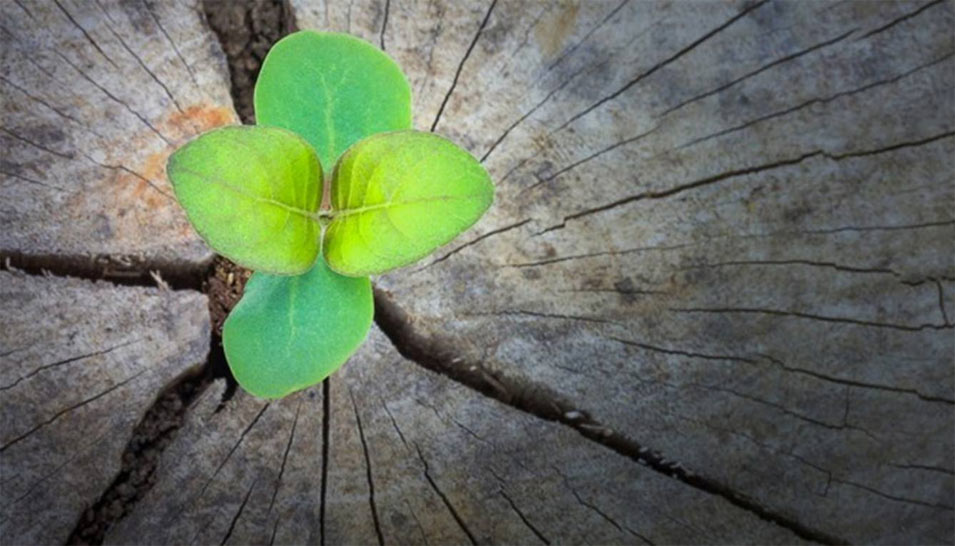 By combining deep sector knowledge and a collaborative dynamic team, Wa’ed harnesses potential business ideas and cultivates an atmosphere that empowers a new generation of entrepreneurs in the Kingdom.