The Secret Life of Arabian Skullcaps

I have always loved hats. They are the pièce de résistance that puts an elegant finishing touch to an outfit. Let’s face it, certain special occasions, such as a day at the races or a big wedding, just require a good hat if one is to be truly stylish. My interest in all manner of head coverings is such that I even took a two-day class a decade ago with a hat designer!

Hats are not just about style, of course. They have a practical purpose too, giving protection from sun and rain. And head coverings can have a religious connotation, from the Pope’s white Zuchetto, to the Kippah worn in Judaism and to the skullcap worn in Islam.

The skullcap has a variety of names, depending on the region, but Kuffiyah or Taagiyah is widely recognized. In the Sultanate of Oman, it is known as Kummah. These embroidered, brimless rounded caps are not just worn on the Arabian Peninsula but can be found throughout many regions in Asia and Africa as well. 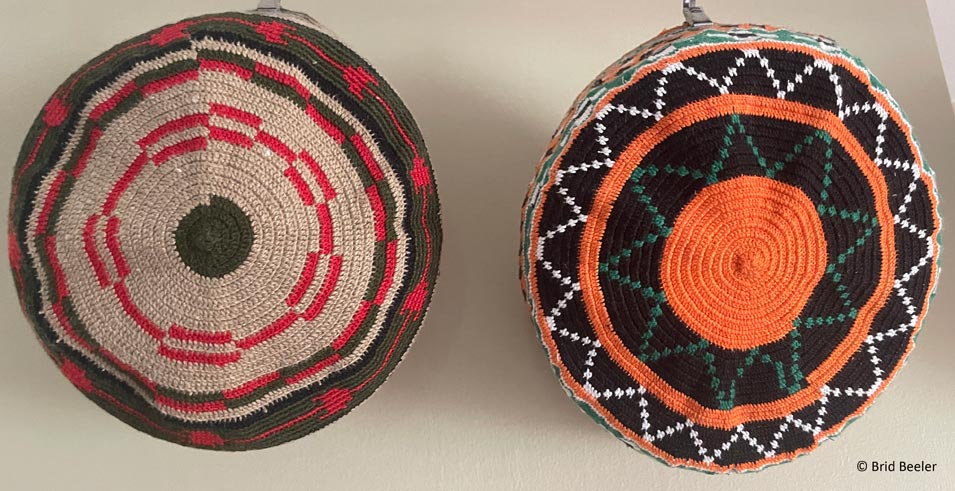 In Saudi Arabia’s town of Al Ahsa in the Eastern Province, home to Hofuf and the largest date palm oasis in the world, you can find hand crafted Taagiyahs decorated with golden embroidered coins.

Oman’s Kummah is an embroidered cap made of white cotton, perforated to allow air to circulate. Often worn alone, or under the traditional headcloth known as Mussar which is usually a Kashmiri wool shawl wrapped around the Kummah, making for a very becoming turban-like fashion statement. The Kummah is typically embroidered with floral or geometric designs on a quilted background and is crafted by both rural and urban women.

Sudan is one of the last places in Africa where the hand-crafted tradition of skullcaps continues alongside the ever-increasing flood of machine-made products.

At one point in history, the skullcap was tall like a Turkish Fez, and many were stiffened with starch. It is said that around 1500 Captain Gregoria de Qadra was shipwrecked and imprisoned in the Holy City of Zabid in the Tihama along Yemen’s coastline, south of the city of Hodeidah. Upon his release, it is said that he made a living from making skullcaps. 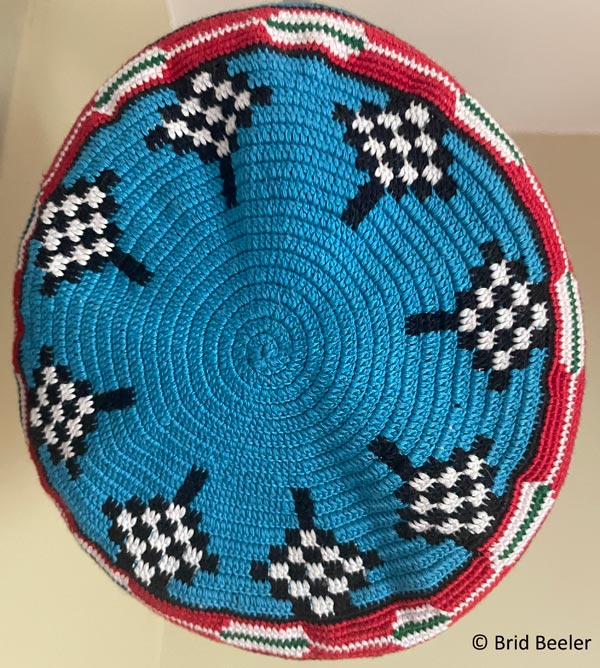 The souqs of the Arabian Peninsula are great places for finding these caps in all their variety, but I have collected mine from children in the Yemeni highlands near Jebel Haraz. Trekking in the Yemeni highlands was always a joy as you came in contact with the people going about their daily lives in the fields and villages. I often encountered children selling skullcaps made by their mothers, sisters, or other female relatives.

I always kept my purchases to just one skullcap per trip, asking myself what was I going to do with all of these? I would tell myself how I was helping the sustainability of the local economy. But it wasn’t till I had left Yemen, that I began to truly appreciate what I had.

A friend in Berkeley, California, had collected many skullcaps from her trekking days in Asia among the Afghanistan, Pakistani, and Nepalese mountains. She had one of the finest collections I had ever seen and had hung them on the walls of her dining room encircling the dining table.

Most of my own modest collection is hung over a four-poster bed.  Others I simply stuffed and had a cotton cloth sewn on to use as simply decorative pieces among my many textiles. Their vibrant colors and geometric patterns remind me of the traditional architecture of the region. 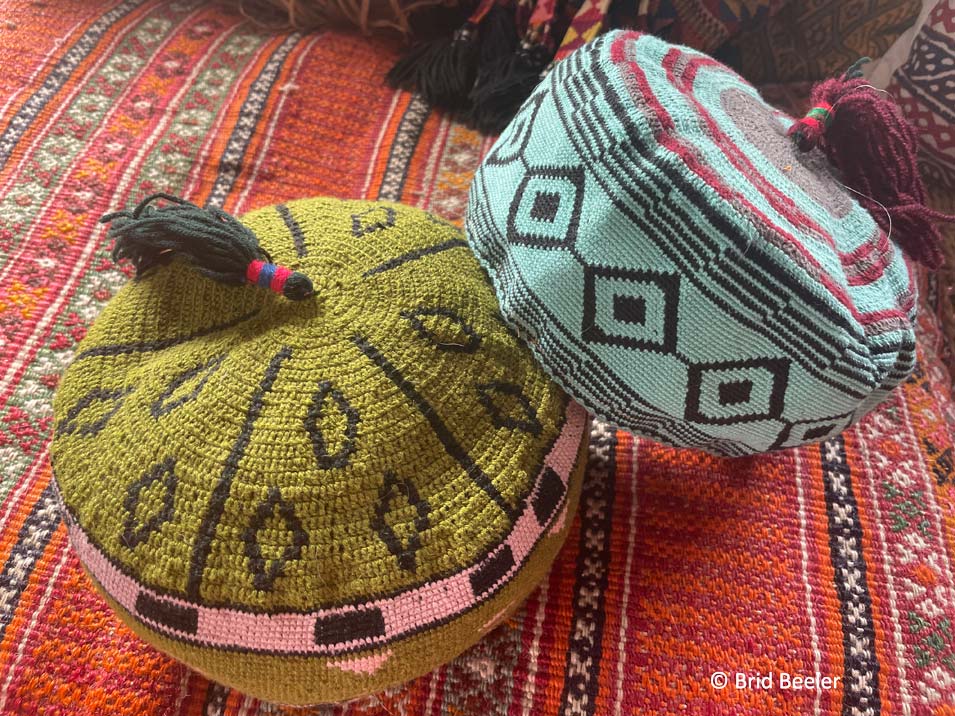 The skull caps were once always made by hand, but nowadays, like everything else, machine-made versions pop up everywhere. But the traditional items can still be found by those who appreciate the skill and time that go into making these unique hats.