After his death, Ibn Saud still orchestrated the conclusion of his relationship with Harry Philby. 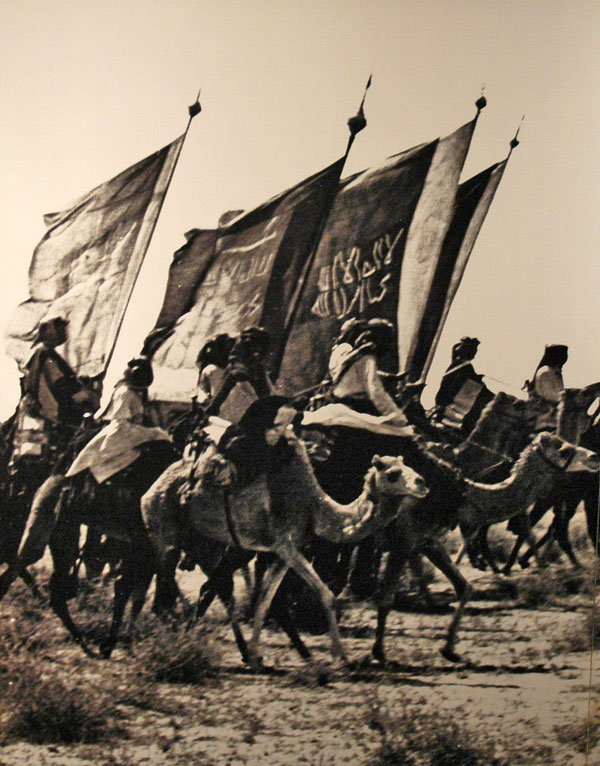 With The King’s good offices, Harry had prospered in his business ventures and was proprietor of The Ford Motor Company franchise in Jeddah. He owned a house in Riyadh, given to him by Ibn Saud and a beautiful Saudi wife named Rozy. The early part of this marriage was touched by sadness when two sons, Fahad and Sultan, both tragically died during infancy. Apart from this heartbreak, Harry had everything he wanted, except the exchange of ideas he’d so delighted in with Ibn Saud. Now, with idle time on his hands, he set about undoing his material good fortune with the same quick-tempered vim he’d applied to undoing the political ambitions of his British masters. Harry dismantled the Saudi royal family’s affection and turned it to cynicism and jealousy. His critical nature and inability to keep his tongue were to prove his undoing at court, where the royals who succeeded Ibn Saud were not as forgiving of his personality as their father.

About this time, his English son Kim appeared over the horizon. As a Russian spy, Kim was to become even more famous than his father, and displayed many of the traits inherited from Harry, but with much more self-discipline. Kim knew how to keep sensitive information close to his chest and was in the picture because he knew the secret that Harry kept from everyone in his English family – Kim alone knew about his Saudi wife, Rozy. In the long-term, this confidence in his English son proved a blessing for Harry’s Saudi family. During the years immediately after World War 2, while Harry remained in Saudi Arabia, Kim flourished as a secret intelligence agent. Unlike his father who was entranced by the stark beauty of the Arabian Peninsula, Kim wrote that he found the land alien, bleak and unbeautiful (My Silent War). However, this didn’t affect his gallant behaviour towards his two Saudi half-brothers after Harry’s death.

By 1953, Harry’s days at court were numbered and in April 1955 he was exiled to Lebanon. In Beirut, he met up with Kim and the two lived together for a time. Kim was now employed as an informer by the British Secret Service and posed as a journalist, with the assignment to spy on his father and the Americans; he was also a Soviet double agent. Unwittingly, Harry Philby helped his son by introducing him to an extensive network of contacts in the Middle East. While Kim spied, Harry continued his writing but increasingly exaggerated his own grand self-image. In his book, Forty Years in the Wilderness, he says, “I have lived in a setting which until quite recently was the very stage on which the greats of the past, like Abraham and Moses, played their part, as I have played mine.” And without doubt Harry was treated as a celebrity by the elite members of Beirut society; a city used by every major power as a sounding board for the nuances of international politics. He loved his iconic status and Kim gained credibility with major political players through his father’s good offices. Both played their part in Beirut’s never ending game of espionage. Then in October 1956, out of the blue, King Saud called Harry back to Riyadh to resume his place on the Privy Council. He took his Arab family with him, leaving Kim behind in Beirut living in an apartment in the Muslim quarter of the city, where he remained working as a double agent until he defected to Moscow. The key players on the stage of international politics changed dramatically after Harry’s return to Saudi Arabia. Following the failed attempt by Britain, France and Israel to capture the Suez Canal, the Baghdad pact to prevent the Russians from entering the Middle East collapsed, much to Harry’s pleasure. In turn, the policies of the USA changed to fill the power vacuum this left and battle it out with the Soviet political machine. It accelerated the end of the British Empire and Whitehall began to dismantle the apparatus of civil rule from its imperialist past. 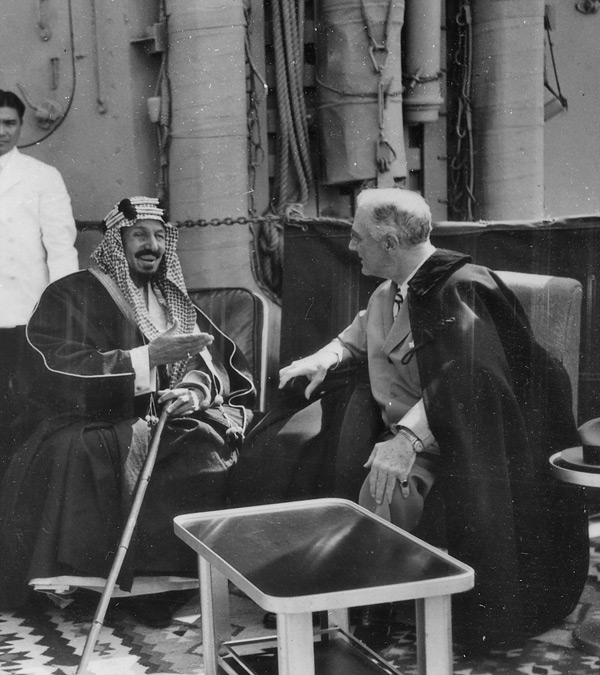 For Harry Philby, the blessing of change was short-lived, because now he was faced with American power brokers who acted as advisors in the Saudi court. His political life on the Privy Council was at an end and he fell foul of King Saud again. Saud agreed Harry could keep his house in Riyadh and come and go from the Kingdom as he wished, providing he kept silent on politics. The Americans were now fashionable and the British out of favour. Harry recognised his political life was finished and the British Empire coming to an end.

On the spur-of-the-moment Harry decided he wanted to make peace with his British wife, Dora, and set off to England in April 1957 to see her. In a telegram to Dora sent from Damascus on the 27th of June 1957, he wrote that he was well on his way home and travelled to Beirut the next day to be met by his English son. There, in the Hotel Normandie, Kim told him that Dora had died two days before. After years of neglecting her, and raising a second Saudi family, Harry was not able to make his farewells to the woman he married in India, a memsahib from the old British Empire. Most of the letters from Dora to her husband vanished when Harry took them with him to England to settle her meagre possessions. But she wrote one last note to him before she died that reflected the loneliness and despair from her marriage... “No mourning. No garden of remembrance, no in memoriams.”

In the late 1950s the politics of the region were in flux once again and Kim actively used the priceless contacts of his father in pursuit of intelligence activities. While Harry shuttled to and from Jeddah, Kim travelled extensively across the Middle East under his cover as a journalist to gauge changes in power and report to his masters. Beirut always served as their base for meeting but Kim was becoming more and more nervous at the suspicions of his British intelligence controllers. Harry’s death was not far away and Kim’s defection to Moscow would follow within a few years.

Death came suddenly for Harry in September 1960, during a final visit to Kim in Beirut. It was their last worldly meeting. Harry suffered two heart attacks and with his son at his bedside, he reportedly exclaimed, “God, I’m bored”, and died. He was buried by the sheikh of the Bashoura mosque under his Muslim name, Haji Abdullah almost immediately afterward in the Muslim cemetery in the Basta quarter of Beirut. The diary of John Slade-Baker who was present at the ceremony recorded Man (September 30th, 1960) that: “The whole ceremony was simple and very quick almost as though they were burying a peasant instead of one of the leading Orientalists in the world.”

It was left to Kim to provide for his Saudi half-brothers and, in November 1960, he went to Riyadh to settle his father’s estate. Aramco’s Research department had stored Harry’s valuable collection of papers at their main base in Dhahran. Kim negotiated the sale of this library to Aramco for the sum of $10,000 which he settled on his half-brothers Khalid and Faris. This was an act of unselfish generosity by a dissolute man who eventually became reviled as Britain’s most treacherous double agent. Later, in 1972, Aramco exhibited great kindness by returning the complete library to Great Britain at no cost. There are 89 boxes of papers that can be found today at the Middle East Centre, St Antony’s College, Oxford University. It is an indication of Harry Philby’s prodigious linguistic skills that they are written in English, Latin, French, German, Arabic, Persian and Urdu.

To the Saud dynasty, Harry became a non-person and his Arab sons abandoned his name in Saudi Arabia. Perhaps Khalid and Faris had children of their own and the Philby family has multiplied. We don’t know whether Harry’s intelligence, belligerence and curiosity have been inherited, but we do know he was a pivotal figure in the shaping of modern Saudi Arabia. We certainly know Harry was both enthralled by, and faithful to, the charismatic King Ibn Saud. Kim had his father’s headstone inscribed – “Greatest of all Arabian Explorers.” It might also have read that in life and death, he was always, ”The King’s Man.”

Anwar Lamel worked at The Hotel Normandie in Beirut and served Harry Philby for many years, when he was a resident of the hotel. Over that time as an admirer and confidant, he accumulated volumes of papers and pictures from Harry (and some from Kim) which he kept in a scrapbook. The author of The King’s Man spent countless sessions with Anwar, discussing Harry St. John Bridger Philby and Kim, and pouring over this correspondence. Today, the scrapbook, Hotel Normandie and Anwar are long gone but his stories linger fresh in my mind. One striking memory is that the admiration he accorded to Harry was exceeded only by the lack of esteem he felt for Kim. When Anwar was asked to evaluate father and son in greatness, he measured them as: “An Ocean to a Pond.”

Editor’s Note: Mel Trotter lived in Dhahran in the ‘70’s and flew Royal, corporate, Tapline and exploration work. He was a pilot in the Aviation Department – believed to be the first English one where the others were all American at that time with Aramco. A writer and executive coach, he now lives in Wilmslow, Cheshire. Purchase Mel’s latest novel The Orphan Sniper.