The King’s Man: Before Oil - Part I 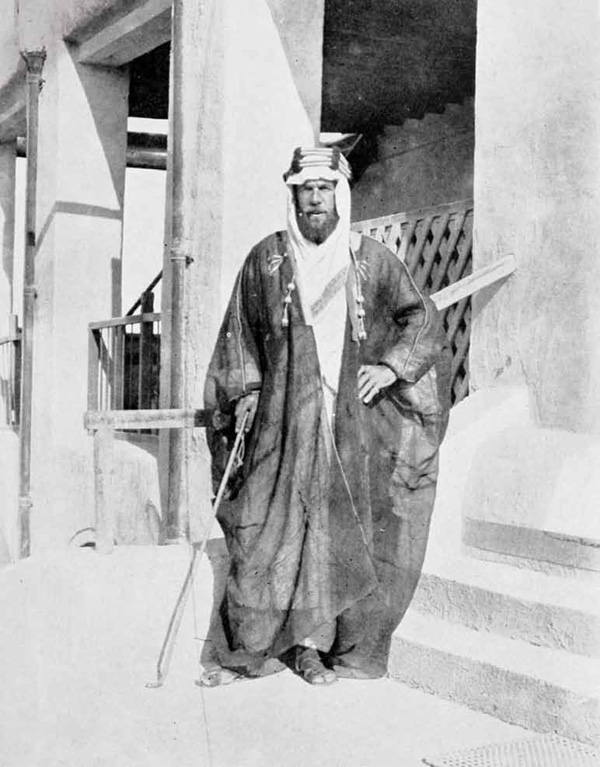 Harry Philby prospered because of his energy and linguistic skills.

When Ibn Saud scaled the walls of Riyadh in 1902, it began his celebrated passage to becoming King of Saudi Arabia.

This story briefly describes the years when he recovered his heritage and oil was on the horizon. It outlines his unlikely and complicated relationship with a British political officer named Harry Philby. Of course, historical judgements and observations are subjective despite the documents available from the first years of the 20th century, and we don’t know the personalities of those who produced the evidence.

Players in this action are long dead, so the narrative is weighted toward the views of a writer who has read many different reports of the same incidents. Other versions are not incorrect, but this is another perspective about key chapters in an improbable and unique relationship between Harry Philby and Abdul Aziz ibn Abdur Rahman ibn Faisal ibn Turki al Saud on his 30-year journey to reign as King.

It begins in 1902 with the epic tale of the capture of Riyadh by Abdul Aziz using the military skills honed during his years in exile in Kuwait. Ibn Saud and his party of warriors approached the walls of Riyadh during the last night of the ‘Id carrying palm trunks to scale the walls of the town and capture the fort. Legend tells us that Ibn Saud and eight of his men fought their way into the stronghold and threw open the gates for the rest of his invading warriors.

In the fierce hand-to-hand battle, the Amir Ajlan ibn Mohammed ar Rashid was killed and the remaining defenders surrendered. Ibn Saud was just 23 years of age, and his victory had just marked the beginning of the Third Saudi State.

Those events in Riyadh were a world away from the academic cloisters of Cambridge University and an unimagined relationship with an Englishman that would develop over the next three decades. Harry St. John Bridger Philby was a few years younger than Abdul Aziz and arrived as a student at Trinity College, Cambridge, in October 1904.

He knew nothing of events in Riyadh and never guessed he would be part of what led to the present Kingdom of Saudi Arabia. Philby was a gifted student and worked hard to win a brilliant first in modern languages. His predicted career was as an employee of the Raj, and with that in mind he developed a command of six Oriental languages: Arabic, Baluch, Hindi, Persian, Punjabi and Urdu. 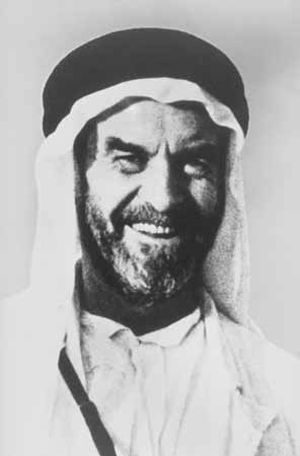 When Philby was recruited into the Indian Civil Service, he promised to abide by its code that, ‘an officer must be loyal to his service and to his country’. But Philby’s linguistic brilliance did not compensate for a deeply rebellious nature, for he already mistrusted the philosophy of the Edwardian establishment he was brought up in, misgivings that were a key factor in his eventual liaison with Abdul Aziz.

In December 1908, he sailed for India and arrived just six years after Abdul Aziz had claimed the city of Riyadh. Philby became one of 141 ‘Heaven Born’ Britons in Bombay who ruled 42 million Indians in The Punjab.

Soon, his politics were perceived as less than those expected of a Raj official, and he was labelled as a radical troublemaker with an irritable side. In his autobiography, he claimed to be “the first Socialist to join the Indian Civil Service”. With such an unaccommodating nature, a clash with the Raj philosophy of the ‘inevitability of gradualness’ when dealing with far-off cultures was to be expected.

In 1910, Philby made a decision to marry. That brought disapproval from his masters in the Raj who considered his bride, Dora Johnston, to be unsuitable. Nevertheless, he went ahead with his cousin as best man — Lt. Bernard Montgomery, later the 1st Viscount Montgomery of Alamein, whose military career led him to become commander in chief at the Normandy landings in 1944.

But Philby felt bitter that his marriage was censored and paranoid that he was victimised by Lt. Gov. Dane, his boss in the Raj. Victim or not, Philby prospered because of his energy and linguistic skills, despite the setbacks caused by his abrasive personality. An association with Ibn Saud took a step closer when he came to the attention of the Political Mission in Iraq. In 1915, he was recruited by its chief, Sir Percy Cox and arrived in Basra with the rank of major in the Political and Secret Department of the Indian Government.

By chance, Gertrude Bell, an influential aide, noticed his gift for languages and became his mentor. She made decisions about Philby’s political role that made it certain he would meet with Abdul Aziz, and Philby emerged as a key factor in her strategy. While the future King fought battle after battle to unify the tribes he would eventually rule, Philby immersed himself in the politics of the Middle East. Finally, the two men came together for the first time in December 1917, when Philby was sent as head of a mission to meet Ibn Saud on Arabian soil.

From the very first greetings, Philby was charmed by Ibn Saud, and as they started negotiating, an alliance formed that lasted for 36 years. Philby was entranced by the magnetic personality and charismatic presence of Ibn Saud, who in turn was intrigued by the irascible Englishman almost a foot shorter than himself. It also helped that Philby handed over £10,000 of the £30,000 fund given him in Iraq as a token of the esteem in which Ibn Saud was held by the British.

Ibn Saud unleashed his campaign against the Al Rashidi in 1920, and by 1922 had all but destroyed his enemy and doubled the size of the Saudi territory he controlled. By this time, Philby was head of the Secret Service for what is now The Hashemite Kingdom of Jordan, and at the end of 1922 he travelled to London for high-level diplomatic meetings that included Winston Churchill, King George, the Prince of Wales and Baron Rothschild. Finally, he rubbed shoulders with the very highest echelons of the British establishment, but where did his allegiance lie? Philby made his view known that the British interests would best be served by supporting the Saudi family in uniting the Arabian Peninsula under one government.

His support for Ibn Saud was so unambiguous that by 1924 Philby was forced to resign his Secret Service position when he was found to be in unauthorised correspondence with Ibn Saud – sending him secret information. In British terms, this was plainly espionage, but his Secret Service masters continued to pay him as their most valued means of communication to Ibn Saud. Unabashed, Philby continued to advise Ibn Saud on the extent of his ambitions to unify all of Arabia and the likely British reaction, and in 1925, the armies of Ibn Saud captured the holy city of Mecca from Sharif Hussein bin Ali and ended 700 years of Hashemite rule.

As a non-believer, Philby couldn’t attend the coronation of the new King of the Nejd and Hijaz but Ibn Saud allowed Philby to arrange his seating banquet in Jiddah. Their relationship was cemented over the following years, and there is little doubt that time and again Philby betrayed the political will of his British masters in deference to the interests of Abdul Aziz and provided unilateral backing for the King’s strategy in unifying the Arabian Peninsula. Philby supported the King’s conquest of the Hijaz and made sure his delicate relationship with the British remained amicable. Philby’s position as an informer to both parties was unique, and he used it to good effect on behalf of Ibn Saud. 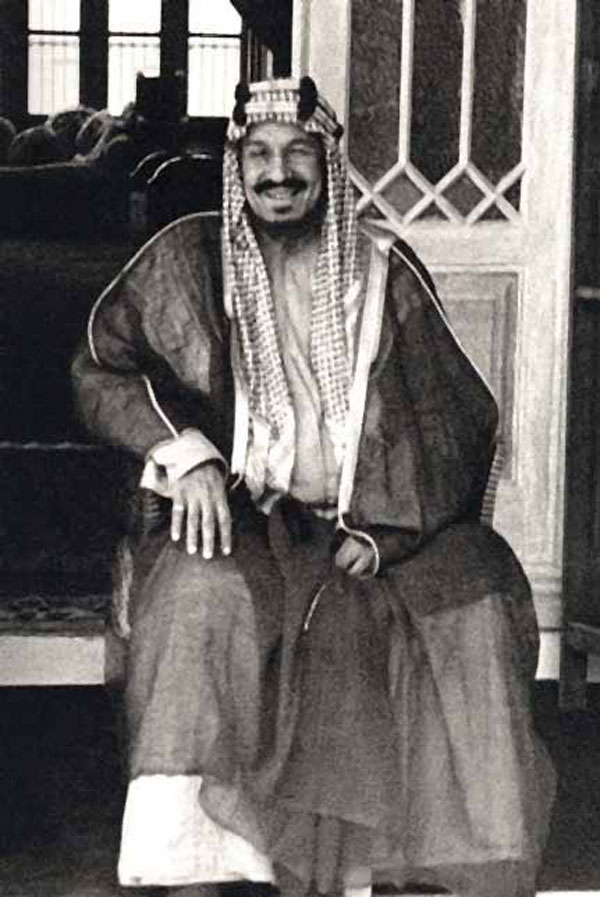 By 1932 Ibn Saud became ruler of what is now The Kingdom of Saudi Arabia, and remained as King until his death. Philby stayed a loyal ally and benevolent shadow offering advice and support. In that same year, Standard Oil of California retained Philby as a paid adviser to facilitate their goal of obtaining the country’s oil concessions. As usual, he did this with the guile of a lifetime — appearing to act for one party providing it was with Ibn Saud’s best interests in mind, but then, of course, he was The King’s Man.

Editor’s Note: Mel Trotter lived in Dhahran in the ‘70’s and flew Royal, corporate, Tapline and exploration work. He was a pilot in the Aviation Department – believed to be the first English one where the others were all American at that time with Aramco. A writer and executive coach, he now lives in Wilmslow, Cheshire. Mel’s latest novel The Orphan Sniper.