Scents of Arabia – An Ode to Identity 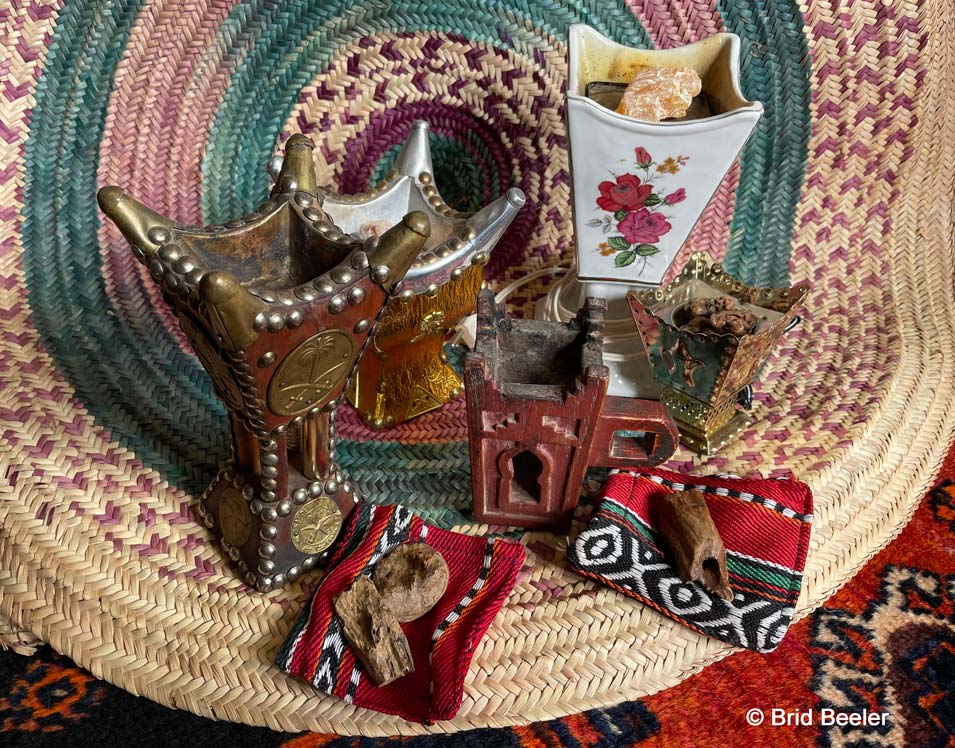 Scent has been entrenched into every aspect of Arabian society since the Queen of Sheba’s visit to King Soleiman, the development of the spice trade, and the control exercised by the Nabateans at Mada’in Saleh (Al Hegra) over the camel caravans traveling north to the Levant. Socially and spiritually, scent still plays a prominent role in every aspect of today’s society.

Walking through any souq or shopping mall the senses are assaulted by the wonderful scents that permeate the air. I was always baffled by bathrooms in Arabian households which were awash with 8 to 10 bottles of expensive women’s perfumes for both male and female guests to use. Layering of perfume is very much part of society. Jo Malone’s brand is based on the layering of her different scents, but in Arabia, long before Jo Malone became a household name, men and women layered perfume one on top of the other. It was common for men to wear women’s perfume and nowadays many of the well-known western brands have unisex scents which serves this market well.

Scent endures, and some of the most expensive and bestselling perfumes in the industry are the well-known western brands using base notes of frankincense, myrrh, musk or oud. Look no further than Tom Ford’s ‘Tuscan Leather,’ Dior ‘Sauvage’ or Chanel’s ‘Coco Noir.’ 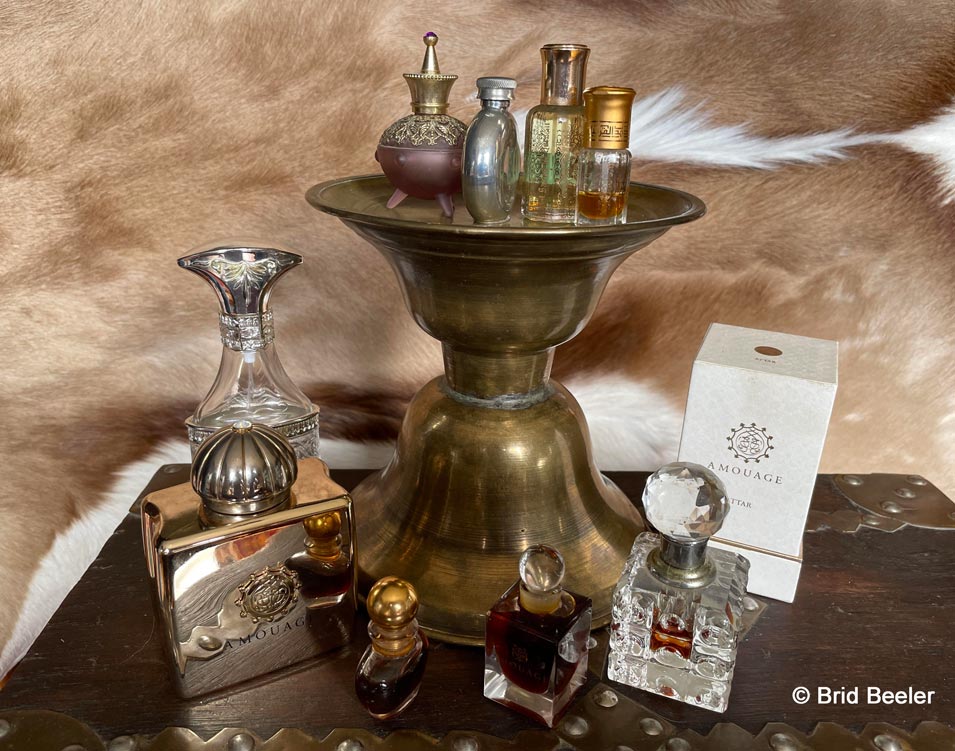 Christina, our Eritrean housekeeper, would burn incense several times a week in our home in Riyadh to ward off evil, purify the air and to leave a pleasing warm scented aroma. Incense is burned in most Arab households using a traditional charcoal burner known as a Mubkhara. Although electric incense burners without the use of charcoal are popular, there are also travel-size incense burners which can be plugged into the car so you can enjoy incense while traveling.

While the Pharaohs used frankincense for mummification and the Churches of Rome burned it by the ton, oud is the incense most used today in Saudi Arabia and other Gulf countries. Oud comes from South East Asia and Cambodian oud is the most prized of all. It is derived from the Agarwood tree and less than 2% of wild agarwood trees are harvested. There are many different grades and while expensive, a little goes a long way. When you burn oud, you only burn a tiny little fragment of the wood. Not the entire piece of wood. Just enough so you can enjoy the aroma or to bestow honor on a guest. Perfume shops, like Abdul Samad Al Quaraishi, have a wonderful selection of both oud, Arabian perfumes and pure oils like olibanum (frankincense).

I often seek out oud in the souqs. I find it in red and blue checkered suitcases, or hidden in drawers behind glass counters, or when pressed the seller will unlock his safe and take out the absolute best of oud for his customers who don’t need to ask the price. Unfortunately, I am not in that market, but I like to touch and inhale the wood imagining the aroma wafting in the air.

Oud perfume is one the most expensive of all perfumes in the world. My first gift of oud perfume was the tiniest bottle of pure oud from the House of Amouage. Even after a shower, the scent still lingers.

The House of Amouage, known as “the Gift of Kings”, was founded by the late Sultan Qaboos in 1983. He was searching for a unique Omani gift. Frankincense (luban) grown in Oman’s southern slopes was used and one of the Houses’ well-loved scents, Amouage ‘Jubliation’ has frankincense, myrrh and oud among its ingredients.

Bukhoor is another form of incense, which is truly the domain of women. Like a perfume atelier created in the home, women use their own highly guarded secret ingredients in the making of bukhoor. Bukhoor is the blending of natural traditional ingredients, mainly woodchips soaked in fragrant oils and mixed with other natural ingredients like musk, sandalwood, ambergris and olibanum which is the oil version of frankincense that is mixed with the wood resins.

This heavily scented incense is burned in the traditional manner in a charcoal incense burner, a Mubkhara, but bukhoor tends to be very sweet smelling as opposed to oud which is woody and dry in aroma. Households will order the bukhoor direct and when ready they will send their drivers. Bukhoor is a slow process and takes time to prepare and make. It is sold packed into tins or weighed out and wrapped in paper if purchased in the perfume shops in the souqs or shopping malls. It is a heavily sweet, scented incense for the domain of women. There is also a form of bukhoor which is made into a paste that resembles shoe polish in consistency. Some households prefer to create their own special scent dealing directly with an Attar (perfume shop) to create the blend they wish to be identified by, a scent that is specific to them only. Bukhoor’s daily importance is at every level of society, from visiting guests, births, weddings, and deaths.

The myriad of scents in Arabia are truly an ode to identity, each a social and cultural celebration of a valued heritage.