Tour records nearly 170 species, 18 of them only seen in the Kingdom. 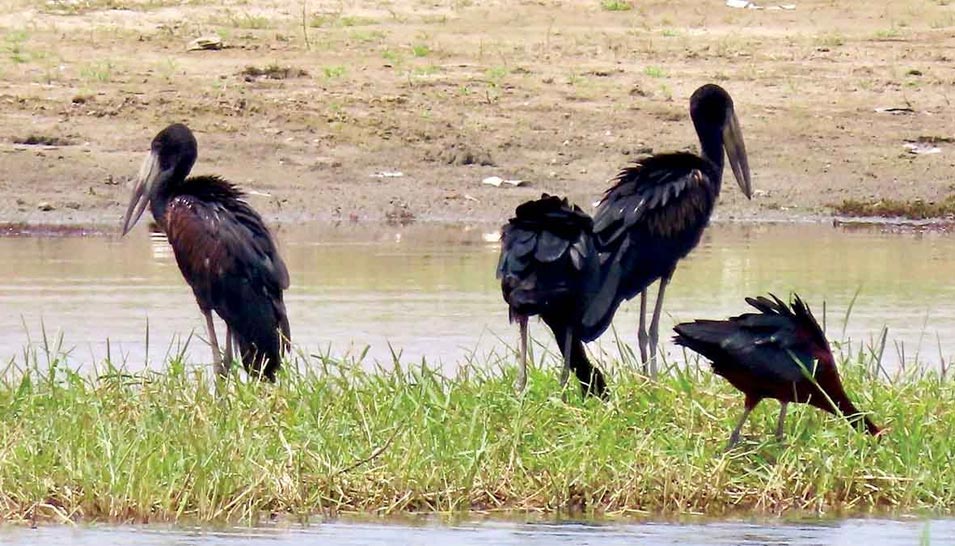 In early March, I had the pleasure of guiding the first-ever birdwatching tour of Saudi Arabia.

The visit was organized by BirdTour Asia, one of the most preeminent companies catering to international birders in the region.

Over the course of our six-day itineraryunioa or the wider region.

On top of everyone’s target list, of course, was Saudi Arabia’s sole endemic bird — the endangered Asir magpie — with which we had amazing encounters in Billahmer. 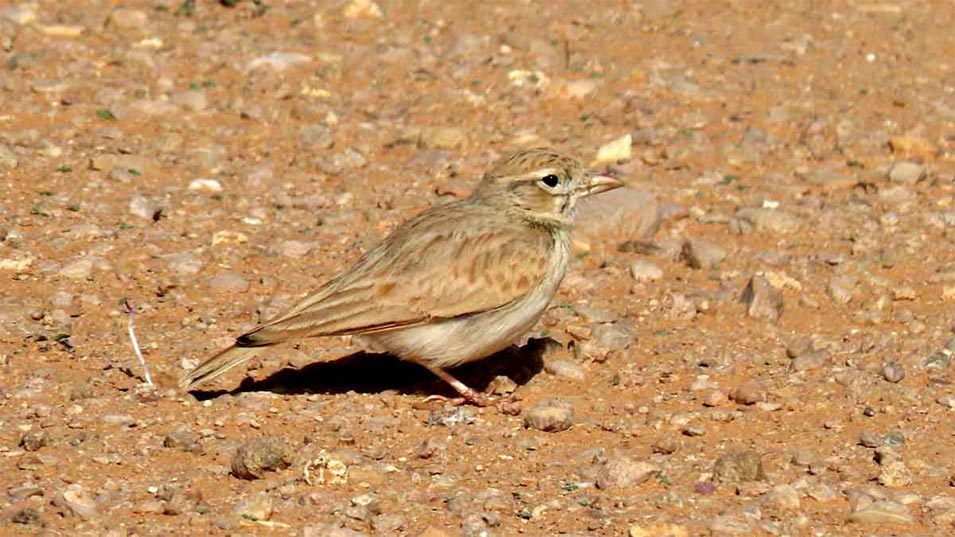 After the Arabian Lark

Our first target was the Arabian lark, a near endemic species, over 90% of whose global population is believed to occur in Saudi Arabia.

We finally got good views of a single Arabian lark as it foraged around a patch of desert vegetation.

It was a great start but the trip would only get better because our next stop was the crown jewel of Saudi birding — the Asir highlands.

On our first morning in the mountains, we had a productive visit at the Raydah Preserve, just outside of Abha, made all the more wonderful by the generous hospitality of Abdulwahed Mesfer, the preserve’s director, and his team of rangers.

As for the birds, an hour before sunrise we scored views of Arabian scops owl while two Montane nightjars called from the juniper forest nearby.

As the elevation changes, so does the mix of birds to be found. Dropping out of the juniper zone of the upper third of the Raydah escarpment into terrain dominated by succulent plants, like Yemen aloe trees and prickly pear cactus, we scored great views of the Arabian sunbird, our only encounter of the trip.

It was a truly memorable experience all around. A big thank you to the National Center for Wildlife as well as Mesfer and his team for helping make it happen.

With warm hearts and warm bellies, we hit the road toward Tanomah, the premiere birding hotspot in the highlands, where we hoped to see the bulk of the Arabian endemics. 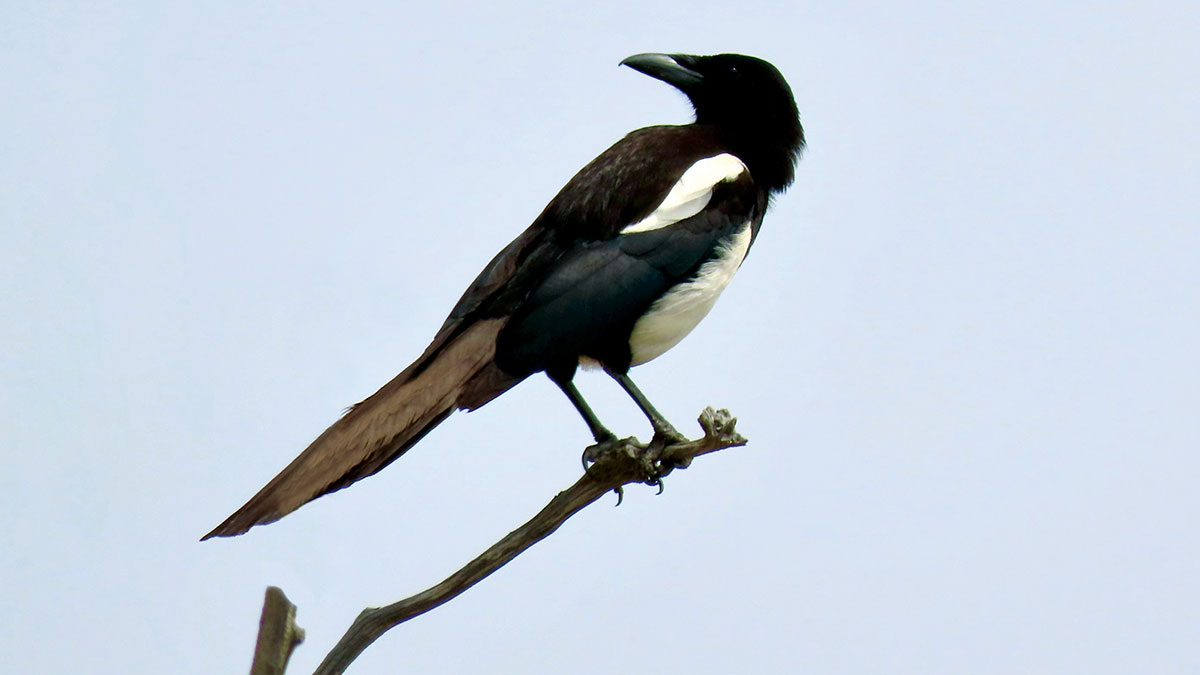 On the way we called in at the Asir magpies in Billahmer, where the crew were treated with long, satisfying views of this striking corvid, resident in the Asir highlands, and an obliging Yemen warbler.

We capped off another full day of Saudi birding with the Arabian eagle-owl and montane nightjar at a mountain resort outside of Tanomah. 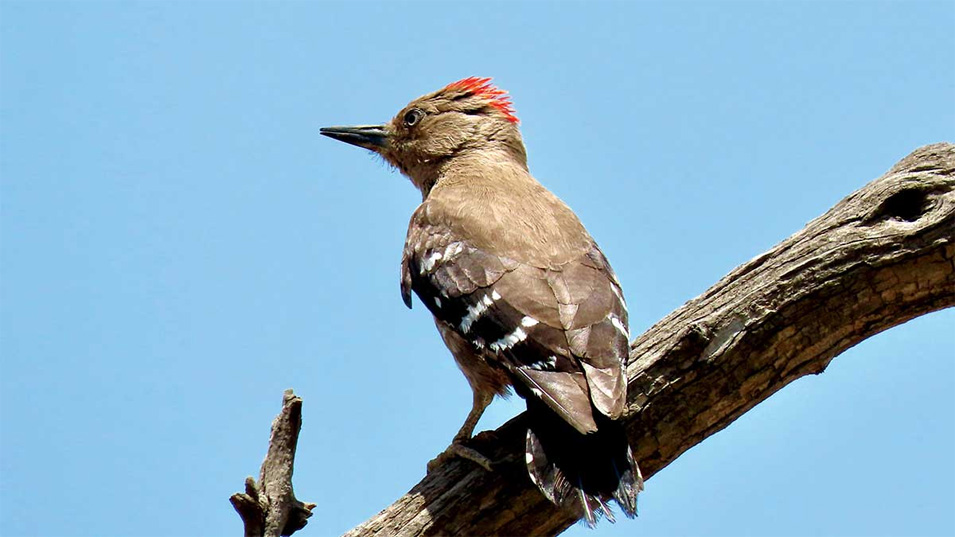 Tanomah, as usual, proved stellar for the endemic birds. The whole next day we explored various local hotspots of this charming and picturesque town, adding new species to our trip list at each, and wrapping up the day with all but two of the highland specialties. In the chill after sunrise, the tour members were treated with long, satisfying views of Philby’s partridge, followed shortly after with our first encounter of the trip with the Arabian woodpecker. 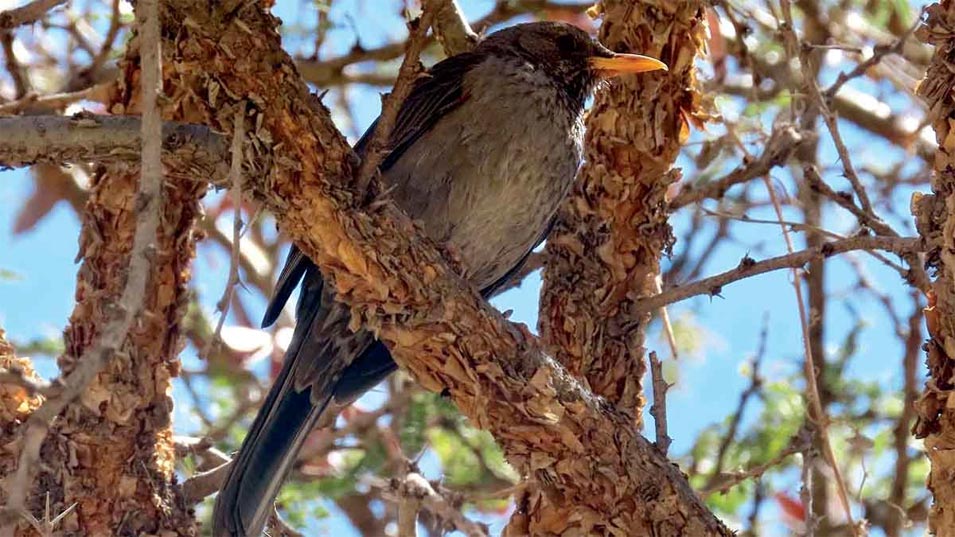 Nests of The Cliffs

Well before dawn the next morning we were back on the road, heading south toward Abha, for a morning rendezvous with our final two targets in the highlands.

Al Habala, site of the famous hanging village, is also the best place in Saudi to find the Yemen serin, a small streaky-brown finch that nests in the sheer cliffs in the area.

We were soon greeted by a small flock of these lively birds perched on the fencing along the cliff’s edge.

We then searched a nearby stony plateau for the Rufous-capped lark, a handsome species that can only be found in Saudi, Yemen, and Somaliland. As with the Arabian lark, it took some searching but we eventually found the larks foraging together with the common and abundant Crested lark.