We came to see the Annual Camel Race sponsored by the Emir of Sakakah.

The gun was fired and the race was underway. Camels were stretched across the desert as far as we could see.

We left Ann Rhea at the starting line, so after the race I found a ride back to the place that we left the car but it was gone. Ann had covered her head with a man’s ghutra or head scarf and drove her car back to the finish line (against all laws prohibiting women to drive.)

Eventually, we approached the Bedouin tents erected near the finish line. A large crowd was gathered including the Emir. 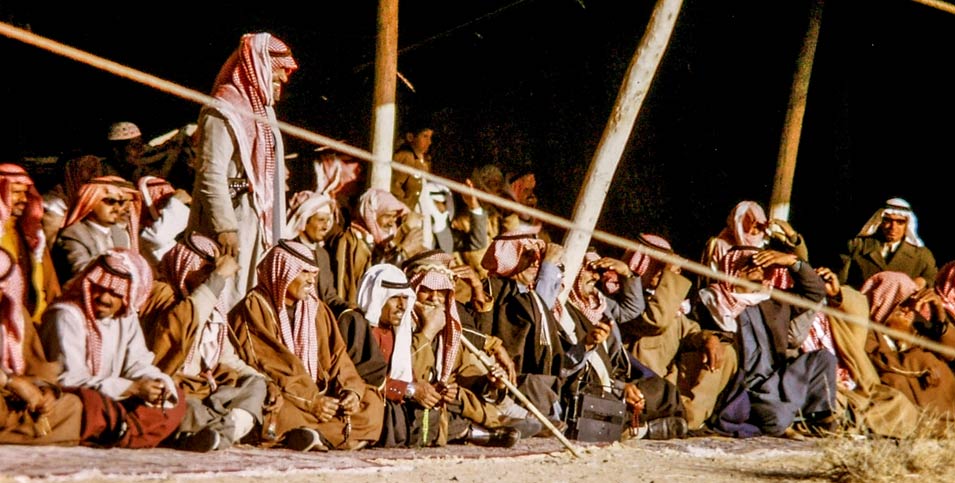 Four beautiful camels were standing nearby – they were prizes for the winners. Others received cash prizes.

The fourth winner was a 15 year old boy.

Back to Chapter 1 Chapter 3