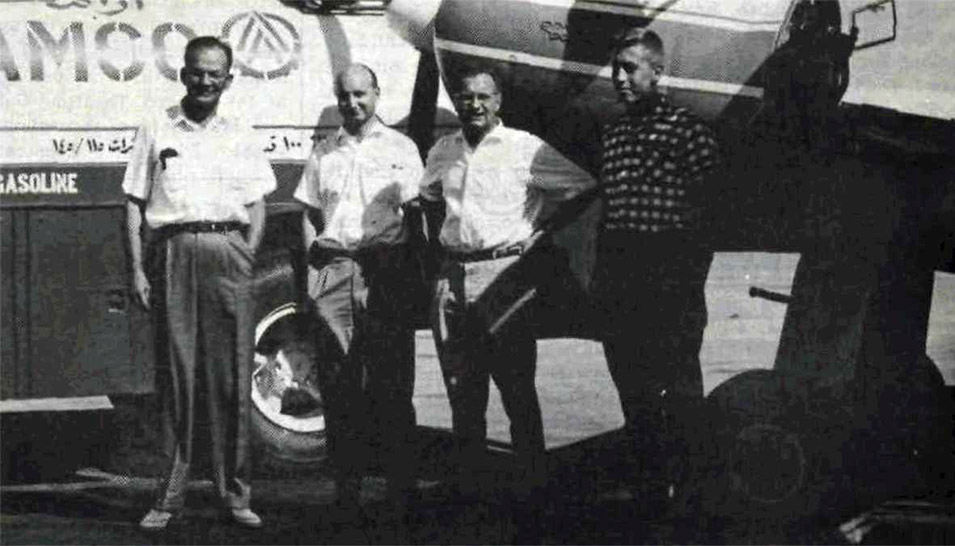 Gerhard Winkelmann, second from left, pilot of the Dornier DO-27 monoplane, who arrived at Dhahran Airfield after a five-day flight from Frankfurt, Germany, was greeted upon his arrival by, from left, D.E. Nelson, superintendent of Airport Refueling; Henry Prestel, Lufthansa station manager; and Helmut Hilbig, Lufthansa station engineer.

Gerhard Winkelmann, pilot of a Dornier DO-27 moonplane arrived at Dhahran Airfield from Frankfurt, Germany, this past week. Winkelman flew to Saudi Arabia to make an aerial survey of the Hofuf agricultural area for the Saudi Ministry of Agriculture.

Approximately 2,000 aerial photos were shot from the plane, with a precision automatic mapping camera.

The German-made aircraft is designed for short field operation, with a cruising speed of 110 knots and a minimum speed of 27 knots. It has a capacity of eight people, including the pilot, and it can stay aloft for approximately six hours without refueling. 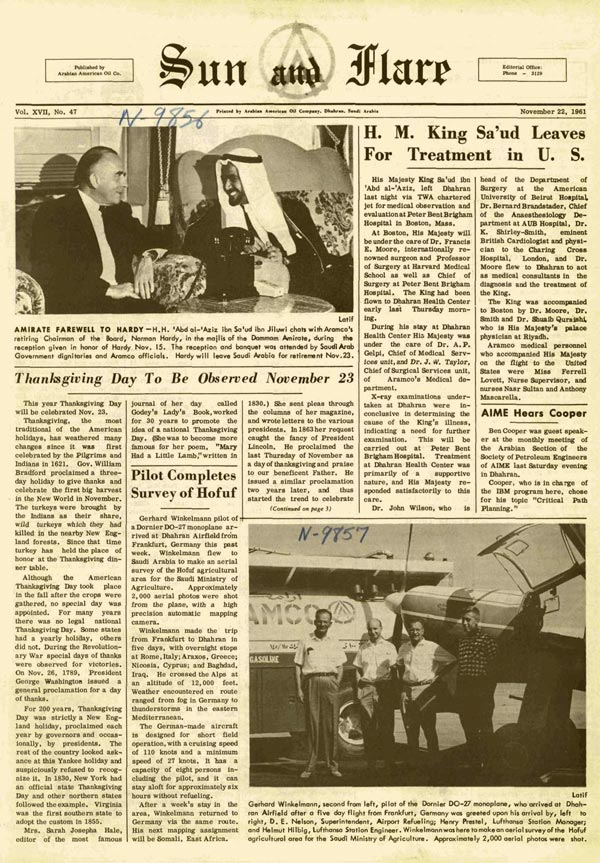