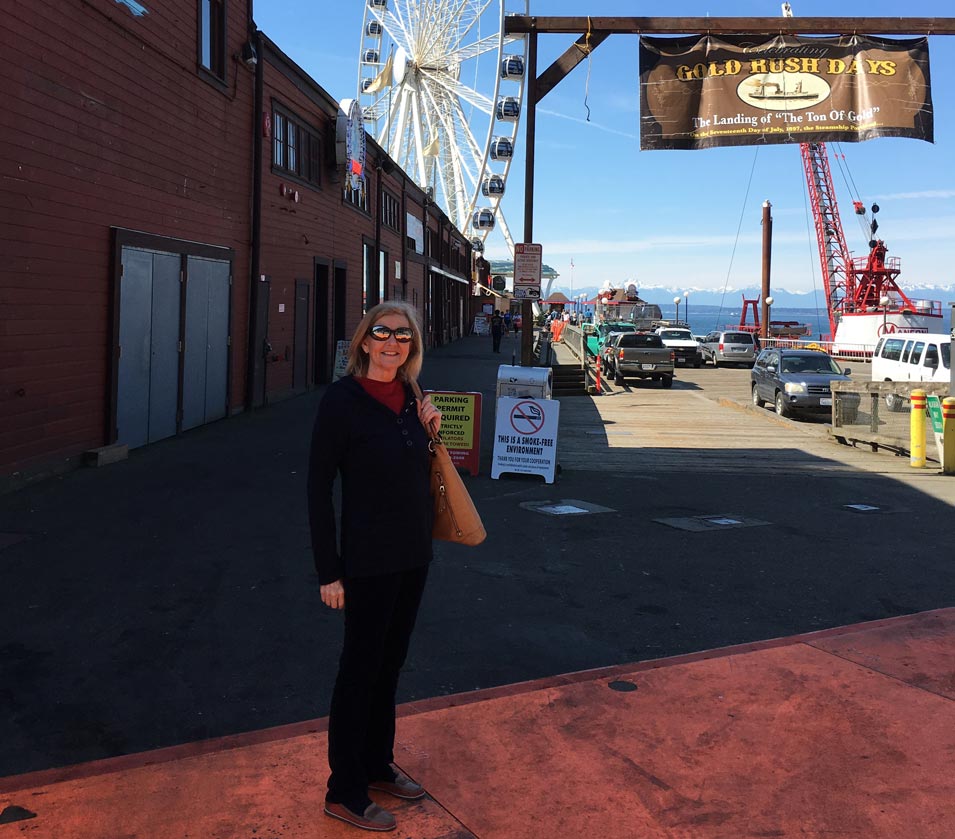 Readers are already familiar with my fondness for the American game of baseball. I’ve written about it before and here I am, writing about it again.

I played a mean softball short field in my Aramco days and, while I’ve long since hung up my cleats, I continue to follow the game. And I know I’m not the only ExPat out there that feels this way. The late, great, dear Henry Cook "bled Dodger blue," as the saying goes, following their every win and loss like it was a matter of life and death. How many of you readers played softball on ExPats teams in the Kingdom? How many of you had children that played Little League ball in the desert sands? I hope you will understand, then, my excitement now that Major League teams here in the U.S. are once again playing games that count.

Like Henry, I bleed blue, but Seattle Mariner blue, not Brooklyn/Los Angeles Dodgers blue. In my growing up years, my favorite team was the San Francisco Giants, hands down. But now that I’ve retired to the Pacific Northwest, I’ve switched my loyalties as best I can from a team with a long and storied history that includes a host of World Series titles to a team that has yet to play in a World Series and hasn’t made it to the playoffs in fifteen years. Still, hope springs eternal in this baseball heart of mine and maybe, just maybe, this will be Seattle’s year to go all the way.

For a true fan of the game, when the first pitch is thrown on Opening Day, life begins anew. Every team starts out tied with every other team with a 0–0 won/lost record and has 162 games to prove itself a winner and make it into the second season in October when a string of playoff games decides at last the year’s true champions.

And so it was, I spent three days and two nights in Seattle earlier this month enjoying the city’s abundant offerings and taking in this year's Mariner's home opener. 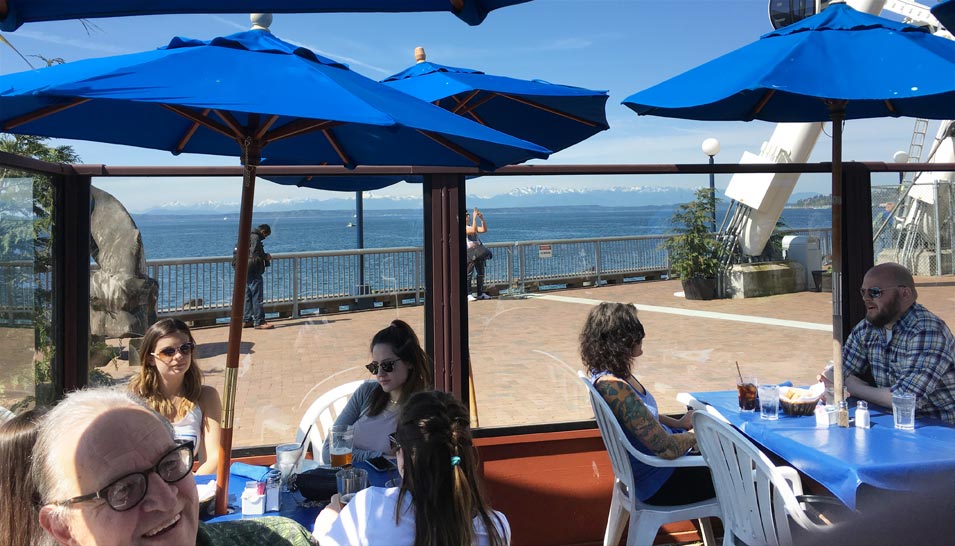 Outside seating at restaurant

Seattle’s waterfront is currently being torn up by new construction, but that didn’t stop me. There are more seafood restaurants sprinkled there than I can count, and I hope to try them all. This time, I chose The Fisherman’s Café, set on the end of a waterfront pier with unobstructed views of Elliott Bay, Puget Sound and the Olympic Mountains. With a warming spring sun streaming down on my head and shoulders, I dined on the finest crab melt I have ever tasted, along with an equally-fine rice pilaf. Had I had more time and a second stomach, I would have ordered a second meal and perhaps a third. But, alas, there was a game to get to and I passed—this time.

My appetite for seafood momentarily sated, and my belief in miracles on the rise, I strolled over to Safeco Field, handed the man my ticket at the gate and took my seat in the third deck looking down on first base to watch the Mariners take on the Oakland Athletics.

The elaborate, meticulously-choreographed pre-game ceremonies gave me chills. The team’s promotions staff got everything right that night, right down to the rousing introduction of the first Seattle Mariner to be elected to the Baseball Hall of Fame in Cooperstown, the incomparable Ken Griffey, Jr—“Junior” to his legions of fans not only in Seattle but all over the world. In an age plagued by steroid use, nobody ever accused Griffey of cheating. He played the game the way it should be played, with matchless talent and grace and an electrifying smile. Still, Junior will never replace the Giant legends of my youth—the two Willies, Willy Mays and Willy McCovey—as my all-time favorite player(s).

By the first pitch, my excitement was at a fever pitch, and for eight innings it stayed there. The weatherman cooperated this Opening Day, unlike Opening Day a year ago when I rued not having brought more layers of clothing to fend off the effects of an early-April cold spell. The temperature at the 7:10 p.m. game time this year was close to 70, and stayed above 60 through to the final out. From my seat high in the upper deck facing west, I had a terrific view of the sun setting over the Olympics and reflecting off the glass-clad faces of the city’s downtown skyscrapers. The setting, in short, was perfect. Then there was the game itself.

A sizable contingent of Koreans attended the game to cheer on native son Dae-Ho Lee, playing first base for the M's. Lee didn’t disappoint, blasting a home run for his first hit as a member of the Mariners. Heading into the ninth inning, the game was tied at 2–2 and I confidently expected a home team triumph. My hopes were further heightened when the Mariners introduced their new closer, Steve Cishek, formerly a San Diego Padre, with elaborate hullabaloo that included loud, throbbing music, multi-colored fireworks from behind the center field bleachers and a kaleidoscopic light show on the huge scoreboard hanging above the right field stands.

Cishek threw his first pitch for a strike, and the crowd roared. Cishek threw his second pitch right down the middle of the plate, and the Oakland batter said thank you very much by parking it in the right field bleachers for what proved to be a game-winning home run. In an instant, my lofty dreams of a pennant-winning Mariner team fell back to earth. Four consecutive home losses after that kept them there. Just when I thought the sun would never again shine on my team, the Mariners ran off three straight victories, including two on the road, playing in the Bronx against the mighty New York Yankees. Hope has been reborn in my heart for the second time this season and, no doubt, as the year unfolds, for the second time of many.

They call baseball “the American Game.” In truth, it’s a game that belongs to the world, with rabid fans scattered from North and South America to the Caribbean to Arabia to Korea and Japan. And why? Because every year baseball gives people like me a chance to hope and dream, to cheer on our favorite players and teams and imagine the impossible. My British and Indian and Pakistani and Sri Lankan friends from my days in Saudi Arabia may prefer the game of cricket, but I’ll take baseball every time!