On Saturday 3rd September, three years in the planning and a year later than intended due to the Covid pandemic, 90 former members, friends and supporters of the then Dhahran Rugby Union Football Club (DRUFC) came from the four countries of the United Kingdom and four continents (Asia, America, Europe and Australia) to wine, dine, reminisce and be entertained at Not the May Ball 3, held at the Novotel London West hotel. 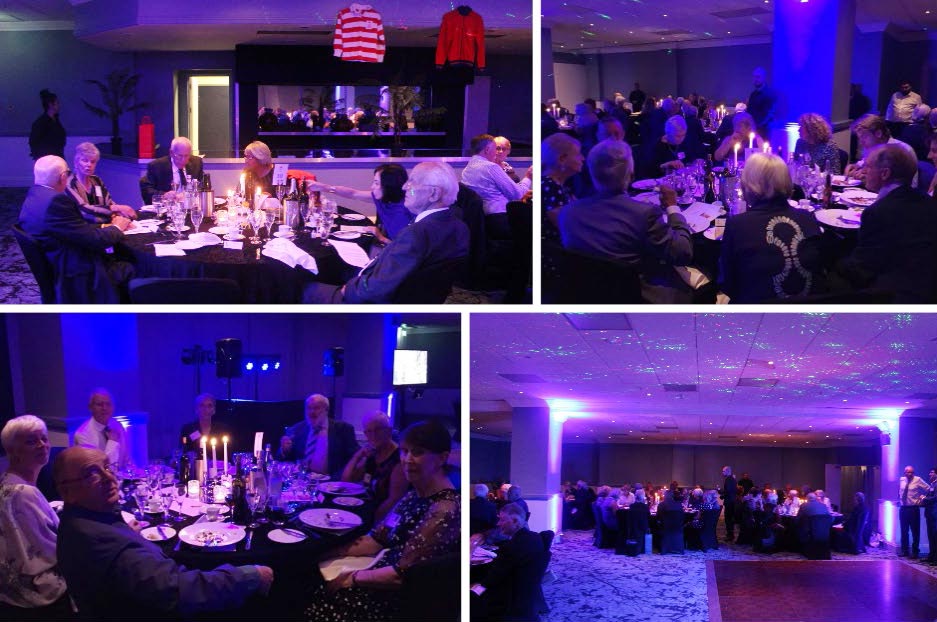 Not the May Ball 3 continued the tradition of the May Balls first held by DRUFC in 1975 in the Al Gosaibi in Khobar to raise funds, and then latterly in Dhahran when Saudi Aramco recognised DRUFC as a self-directed AEA Group. As May Balls were of course traditionally held in May, these reunion events, of which there have been three, are called Not the May Ball, as they took place in other months. Previous reunions were held in June 2013 (Limpley Stoke, near Bath) and July 2017 (Tarporley in Cheshire). During its time, DRUFC contributed to the Dhahran and AEA annual social calendar, not only through The May Balls, which continued until 1984 but also through the Dhahran Village Fete (with its infamous fish & chips booth), Dhahran Rugby Union Golf Society, fun runs and other activities.

Sixty-seven of the guests for this year’s Ball had arrived in Saudi Arabia between 1973 and 1982, and a further 12 between 1982 and 1999. Twenty-two couples found their soul mates while working there. As rugby players had to be found from any source, members of the Club were not only ex-Saudi Aramcons but also former employees of many of the pioneer and joint-venture companies supporting the development of the oil industry and the infrastructure of the Kingdom. Each guest was given an ID that had a photograph of themselves from that time, not only to aid in recognition for other guests but also as a reminder of when we were young, carefree and wild!

The guests enjoyed a reception at the beginning of the evening in the Cognac Suite and then sat down to a three-course dinner in the Novotel’s Bourgogne Suite. An audio-visual walk down memory lane was on continual loop throughout the evening. The guests were entertained by DJ Ozzie C who not only conducted an excellent quiz but also managed to get a lot of older people on their feet with an excellent choice of music. 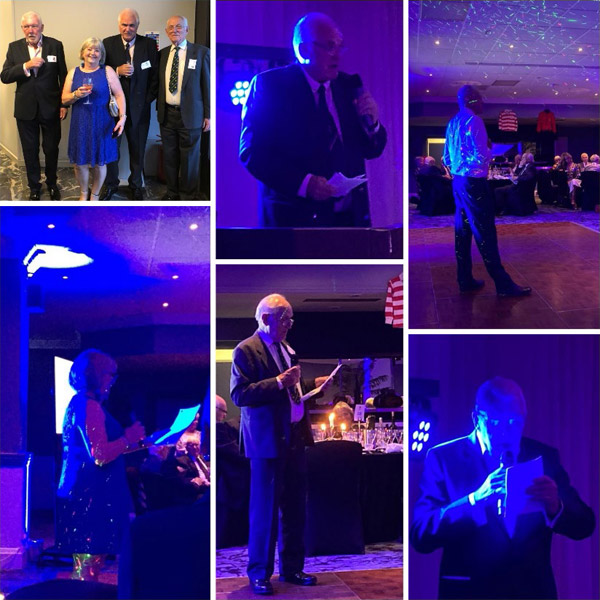 Three speakers - Bill Flynn, Michael Sullivan, and Peter Rossiter - regaled us with anecdotes from the formative years of the Club between 1973 and 1986, and Jean Sullivan in the spirit of equality, diversity and inclusivity provided an alternative view in verse.

The Club was the forerunner of rugby in the Kingdom. Formed in the early 1970s, the Club played at first on a pitch at the airbase at Dhahran Airport, but later on a pitch provided by Aramco on the road to Half Moon Bay. It played other clubs in Saudi Arabia from Jeddah, Udhailiyah and Riyadh; from the Gulf States - Kuwait, Bahrain, Qatar, Sharjah and Dubai - and went on tour to Thailand, the Philippines and Singapore.

Today the sport is licensed by the Saudi Government and is a member of Asia Rugby. There are clubs in Jeddah, Riyadh, Khobar, Yanbu, Medinah and Taif. The Club ceased playing around 1989, and as 2022 would have been the 50th anniversary of its establishment, “An unofficial history 1983 -1989” of the Dhahran Rugby Union Football Club was commissioned and given to each guest as a memento.

Starting off with a contact list of 179, representing around 386 people, 75 of those responded positively, representing 127 people, but in the end injury, emergencies or ill health prevented the final step for some; nevertheless, 90 people were still able to make it.

These reunions remind us how lucky we all were to have forged strong bonds of friendship that can still bind people together after nearly half a century. Friendships were re-forged and new friends were made, and some of the comments made after the ball reinforce this:

“A fun and successful event; super evening, so many memories; so good to see so many friends together again; unique how Aramcons have such a strong bond through all these years; enjoyable and interesting; memorable event; really wonderful weekend; met up with some old faces, really good to see them after all these years; fantastic to catch up with so many friends from the old days; good to catch up again and see old mates; it was great to meet old friends and tell old stories, much appreciated; how lucky we were to enjoy that time; and so good to catch up with so many OLD friends”