Memory Lane: Looking Back Across the Decades 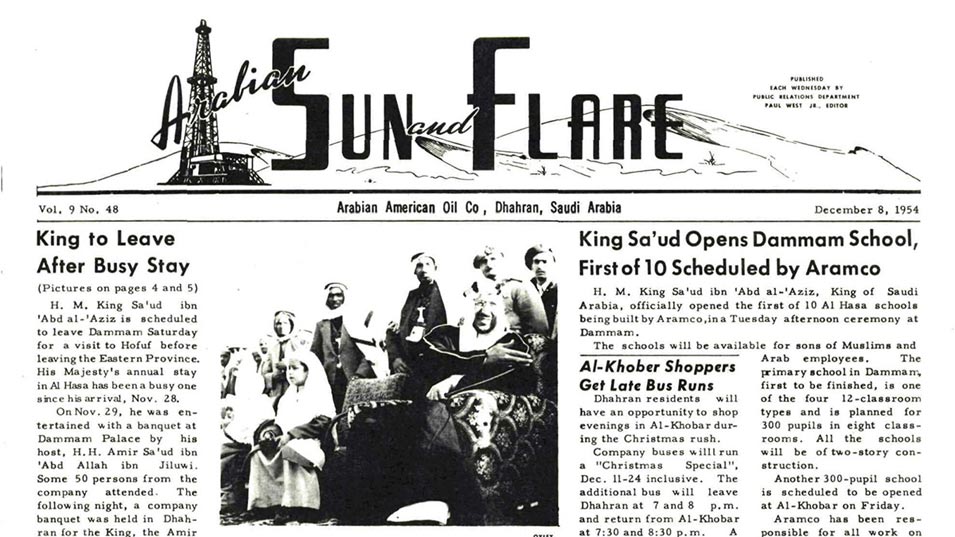 Charles F. Rocheville, with 30 years of experience as a pilot, is setting up "shop" at the Dhahran airport to handle Aramco's air transportation. In 1916-17, he served as an instructor for the Royal Flying Corps in Toronto, Canada, and when America entered the War, he transferred to the U.S. Navy and was assigned to aviation. He served in both World War I and II.

It began about 9 o'clock Wednesday evening, Dec. 4. A shamal wind suddenly blew up, buffeting trees and billowing dust across the open roads of the Eastern Province. A torrential rain followed, riding the crest of a strong northwest wind, damaging at least 150 Aramco community trees, dismantling untold antennas, and etching itself in the minds of many Aramcons as one of the fiercest wind/rain storms in recent memory.

Aramco was honored with two international industry awards at the World Oil awards ceremony, including the Best Exploration Technology for its 3-D Reservoir Saturation Mapping from Crosswell Electromagnetic in Horizontal Wells, and another for Best Production Chemicals.