In 1967, new phone exchanges were planned for al-Khobar, Dammam, Hofuf, and Qatif. 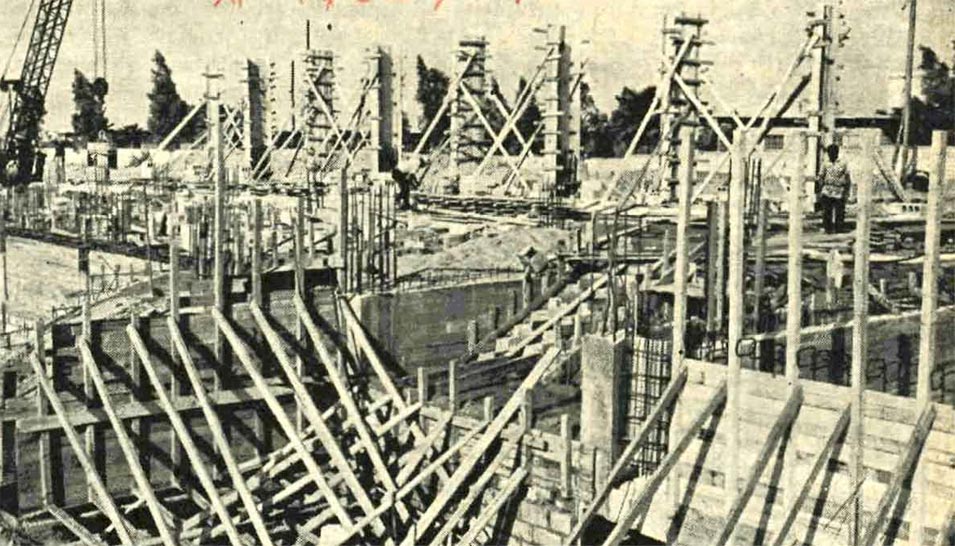 Work advances on a new telephone exchange in al-Khobar.

A look back to the Sun and Flare and The Arabian Sun provides a view of progress made over decades in the Kingdom, from expansion of our oil operations to communications and health care expansion.

Here are some interesting headlines over the past 70 years. 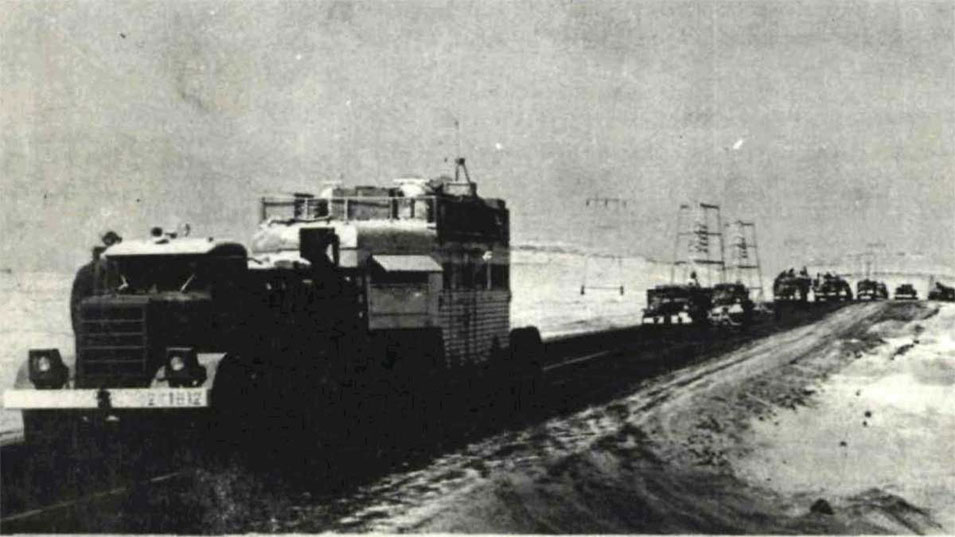 On Sunday afternoon, August 24, a Triangulation Party and a Structure Drill Party from Exploration passed out Dhahran’s Main Gate. They were headed south, to the Rub’ al-Khali, and as the trailers and light cars set out, another annual trek to the field began for Aramco’s field Exploration group. Some 80 Americans and about 230 Arabic speaking employees constitute the total personnel.

The special trailers, drill rigs, Kenworths, pickups and sedans will be rolling out for the next 10 days or so. There are 14 drilling rigs, 29 specialized camp trailers, 59 Kenworth trucks, 100 dollies and trailers, and 130 light cars, sedans, pickups, and power wagons involved in the move. Many of these vehicles and most of the equipment they carry are highly specialized, designed in some cases specially for exploration work in Saudi Arabia. 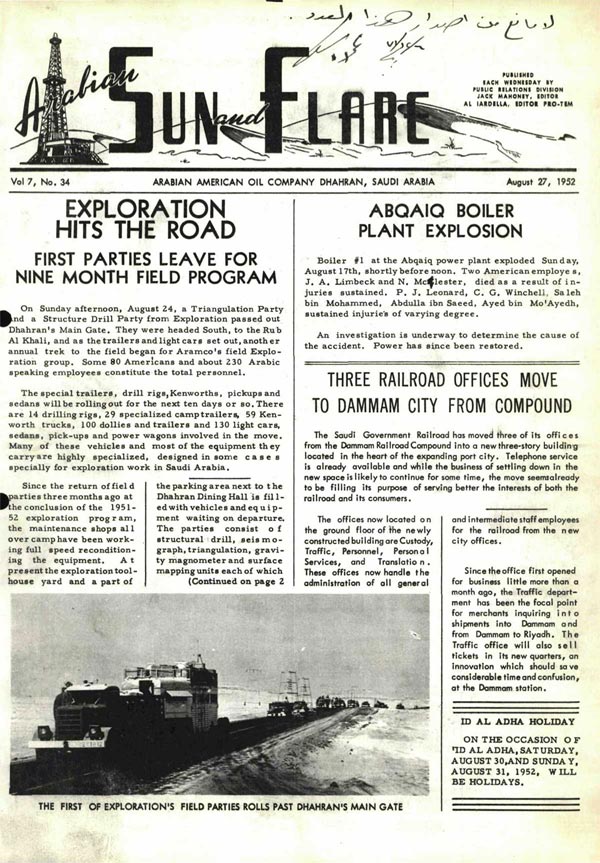 A Telephone Exchange for an automatic dialing system in al-Khobar is now under construction, part of a countrywide project of the Ministry of Communications. Due for completion next April, the three-story building will have outlets for 10,000 lines. Similar systems are planned for Dammam, where construction will begin this month for a 20,000 line operation, and later for Hofuf and Qatif. The concrete double-roofed structure was specially designed by the architectural firm Dar al-Handasah of Beirut to withstand the rigors of the humid, salt-air climate. 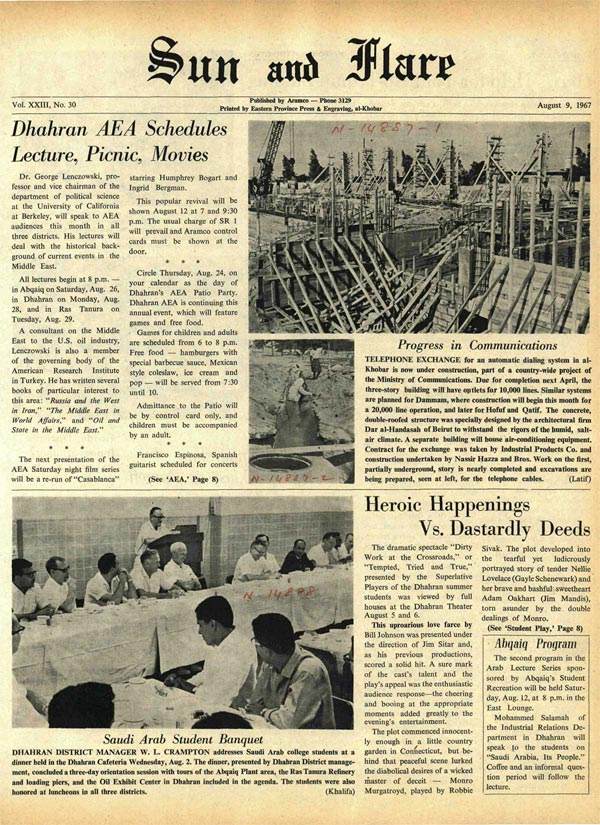 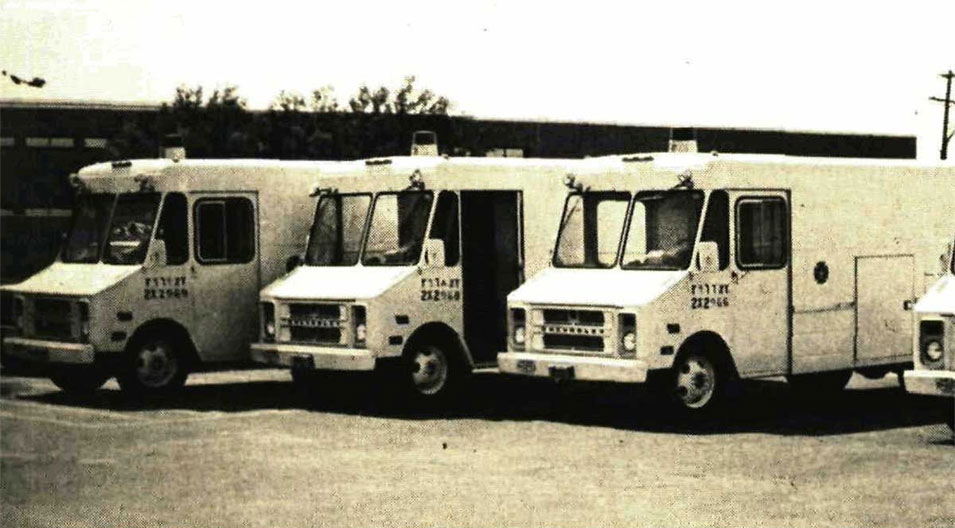 These two-passenger mobile rescue vans are equipped with tools and medical aids necessary to handle any industrial or community emergency.

Furnishings include two extension adjustable spotlights mounted on the rear, an electrically operated winch with a pulling capacity of 8,000 pounds, a 3,000-watt generator, and a portable power supply pack. 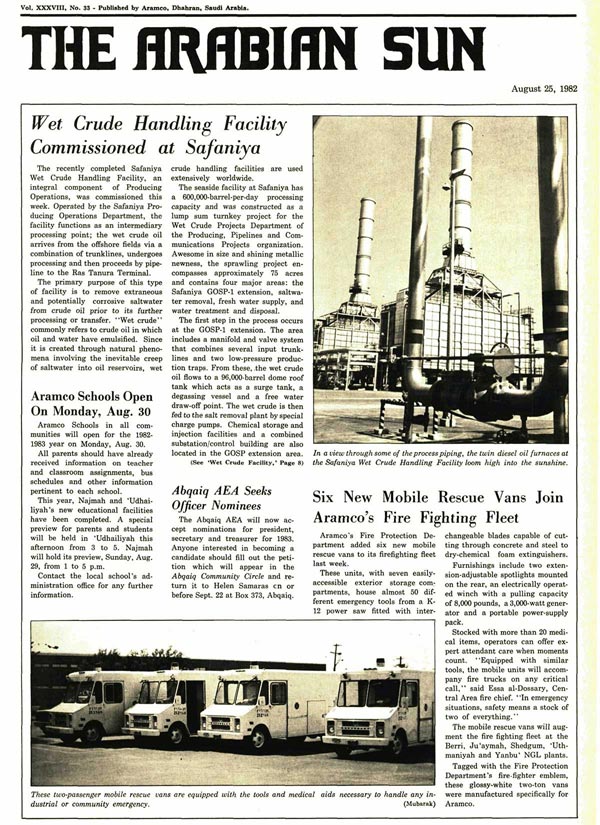 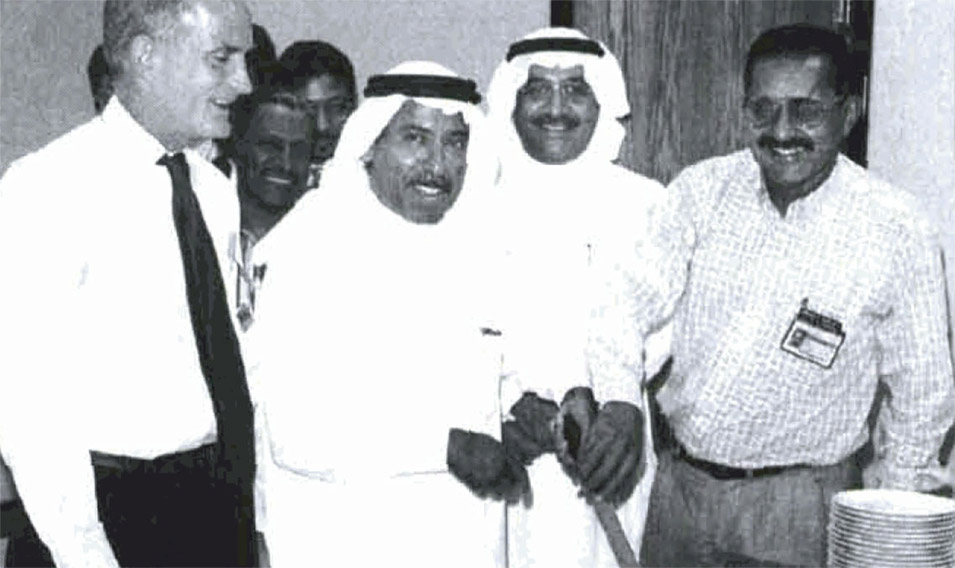 The new Abqaiq clinic consolidates all dental services into one facility with 16 treatment rooms. The al-Hasa dental clinic has 20 treatment rooms and a pediatric dentistry surgical room to provide dental treatment under general anesthesia. 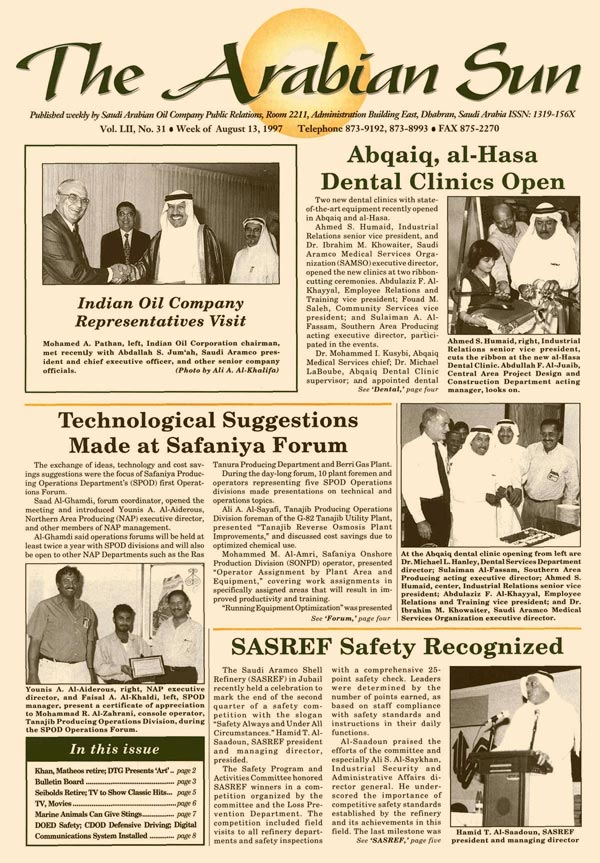