Memory Lane: Dependents Do Well, Bahrain Gets A New Airport and Aramco Has A Big '86 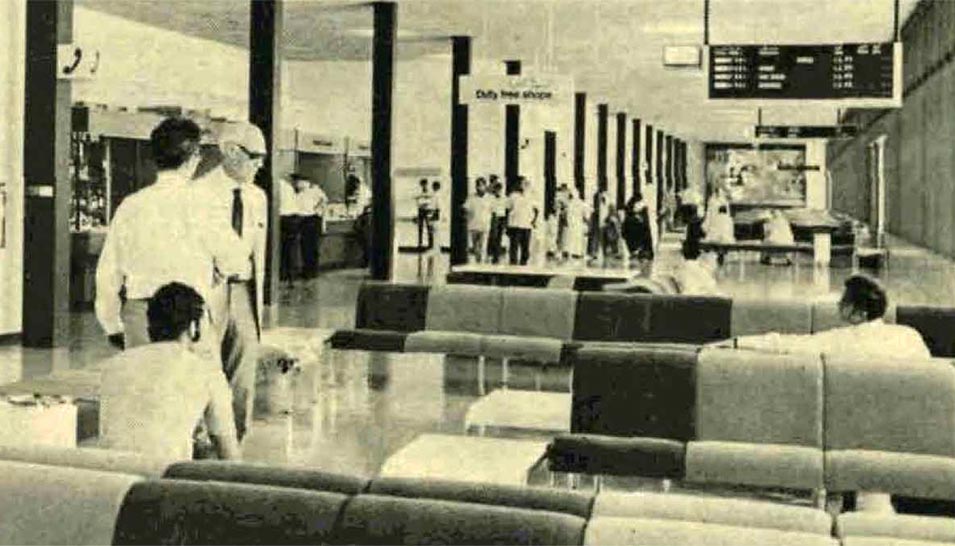 Sleek and cool, the transit-departure lounge in the new air terminal in Bahrain now processes hundreds of travelers a day. The terminal went into full operation in April and along with a regular quota of standard jets, handles twelve Boeing jumbos each week.

Not all the news in Aramco’s weekly publications were business. In fact, dependents and their achievements have been part of the company’s long history.

Here’s a mix of business and dependent news over the decades. 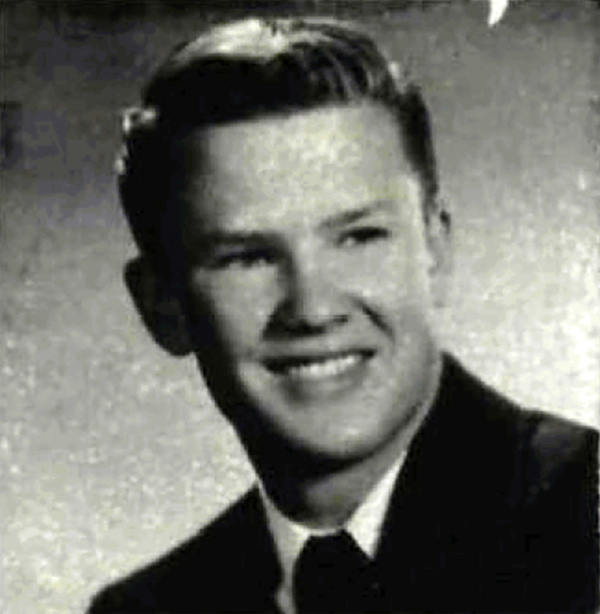 First prize in the Atlantic Monthly's College Story Division of the Creative Writing Contest was awarded to Kristoffer Kristofferson, a student at Pomona College, son of Mr. and Mrs. H.C. Kristofferson.

The story, "A Rock," not only won the first cash prize for Kristofferson, but it also was selected by Dr. Reginald Cook, Director of Middlebury College, Vt., and the winner of the Brad Loaf School of English Scholarship. 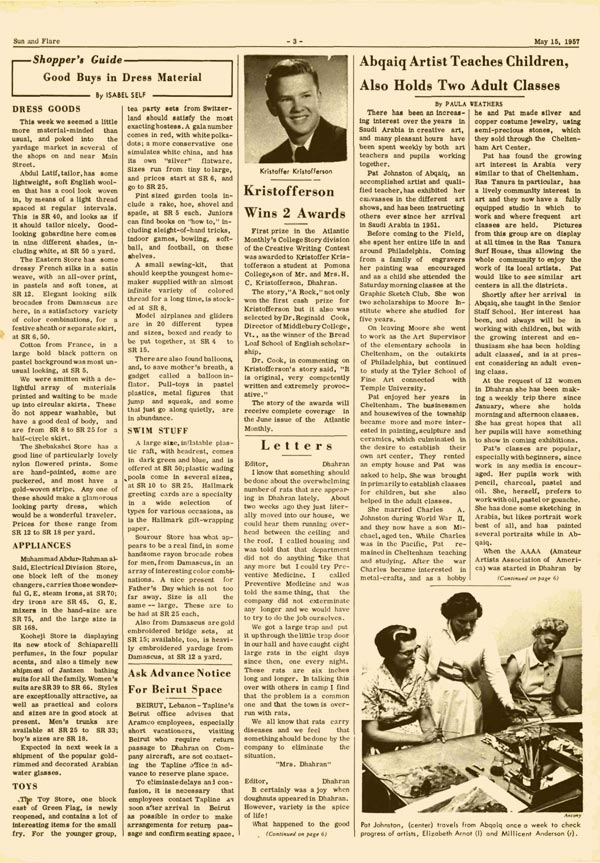 Old-timers in the Gulf may regret the passing of Bahrain's mini-air terminal, with its friendly wooden gates, its cozy bar, and the garden court where many a prolonged farewell was taken. but it was built only in 1961, and no doubt, even older old-timers missed the palm-branch barasti that was the first Bahrain air terminal in 1932.

Progress must be served, and the government of Bahrain has wisely decided to keep up with — or even a little ahead of — the age of jumbo jets.

In December 1971, the Amir of Bahrain opened the new air terminal, just two years after work on the site began. In April 1972, the terminal went into full operation, and it now handles twelve Boeing 747s a week, as well as its full quota of smaller aircraft. 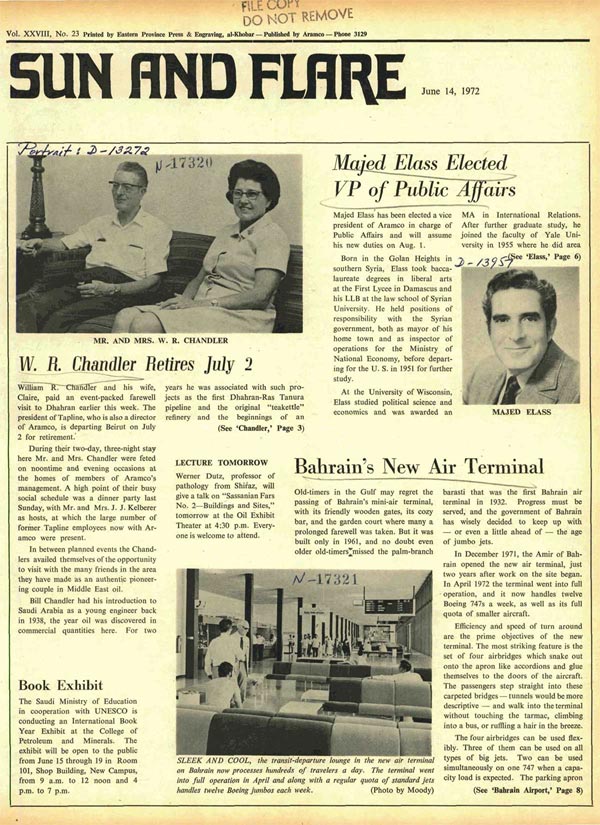 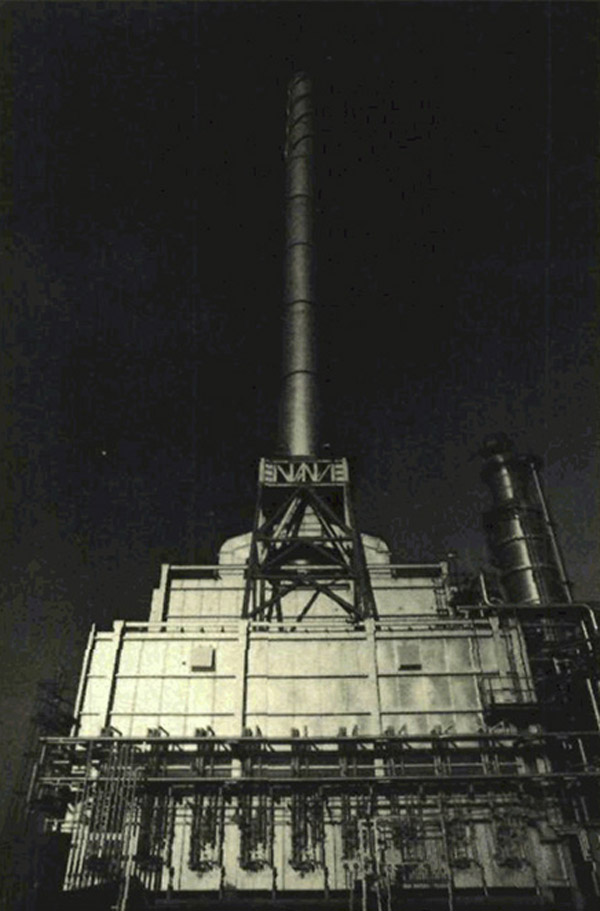 Featured on the cover of Aramco 1986 is one of four furnace stacks that are part of the new crude distillation unit at Ras Tanura Refinery.

Aramco 1986, the annual review of operations, has been released to the Government, press, and public.

Introduced by Minister of Petroleum and Mineral Resources HE Hisham Mohiddin Nazer, the report, in separate Arabic and English versions, covers Aramco's activities during an eventful year. Highlights include: 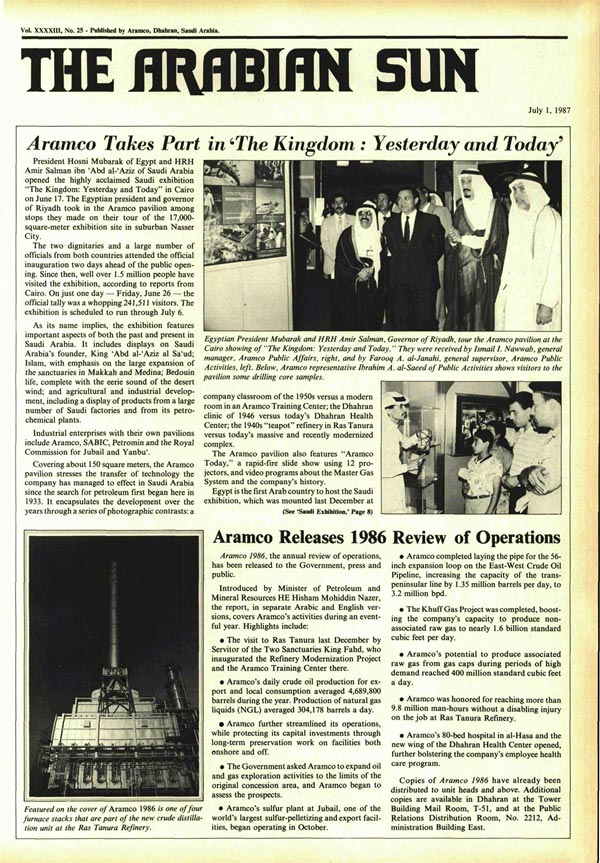 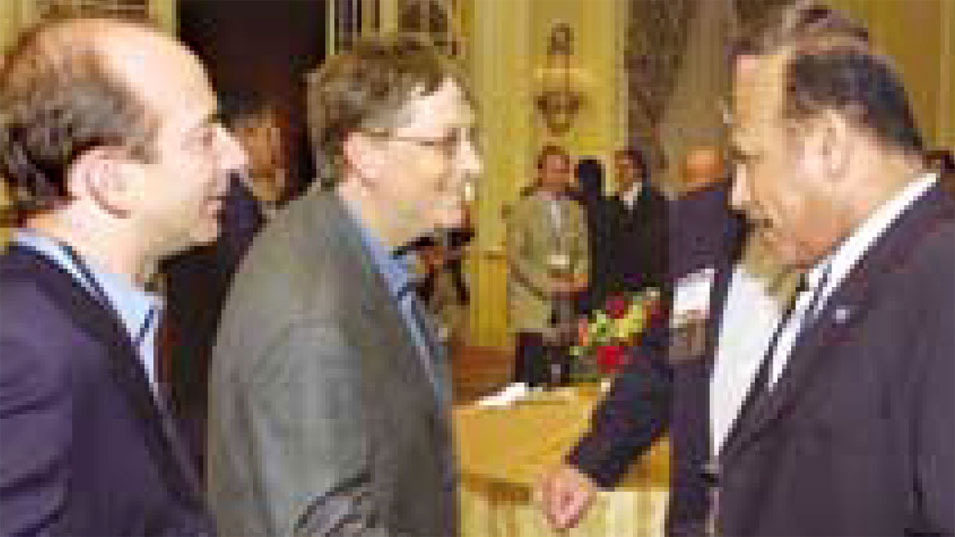 Abdallah S. Jum'ah talks to two of the world's top technology industry leaders. At left is Jeff Bezos, founder and CEO of Amazon.com, and bill Gates, founder of Microsoft Corp.

Aramco president and CEO Abdallah S. Jum'ah was one of 120 leaders of the world's most prominent companies invited by Bill Gates of Microsoft Corp. to attend a global forum on the new economy.

Gates initiated the gathering, the fifth of its kind, as a forum to discuss the latest in information technology and software industries, and their impact on global economic trends.

The two-day meeting was in Seattle, Wash., the headquarters of Microsoft Corp. 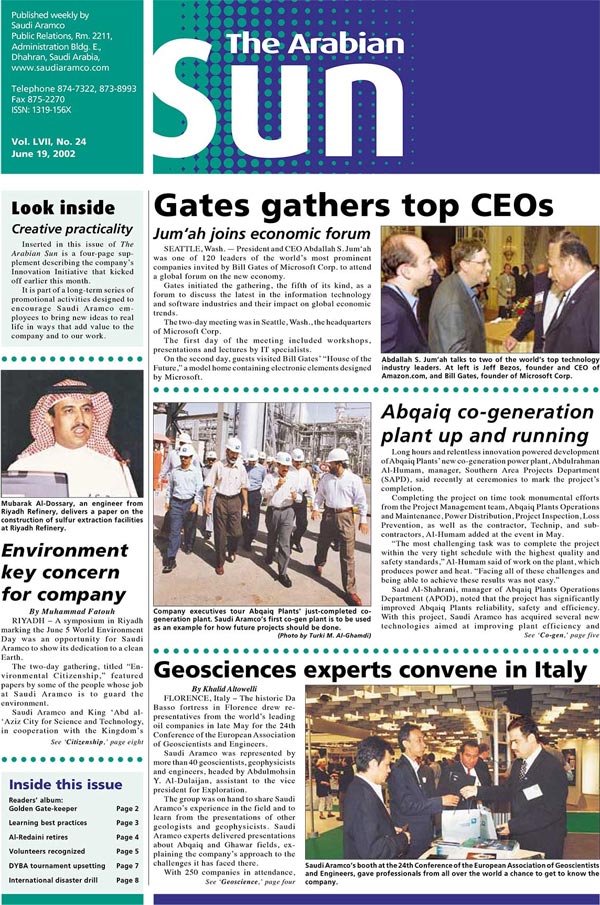 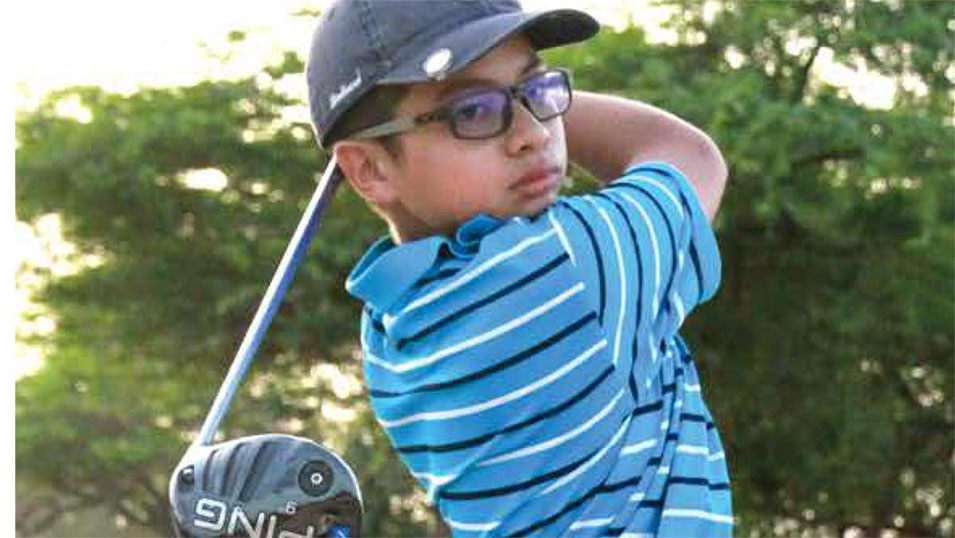 The Ras Tanura Golf Club produced its youngest club champion in its history with the recent win by 13-year-old Karl Reyes, who captured the 2017 Club Championship over a highly competitive field of golfers through days of stroke-play qualifying rounds and another two days of straight-up (without the use of the handicap system) match-play competition.

He played the championship match against Chad Knipper, a top golfer and the 2017 'Udhailiyah Open Champion. 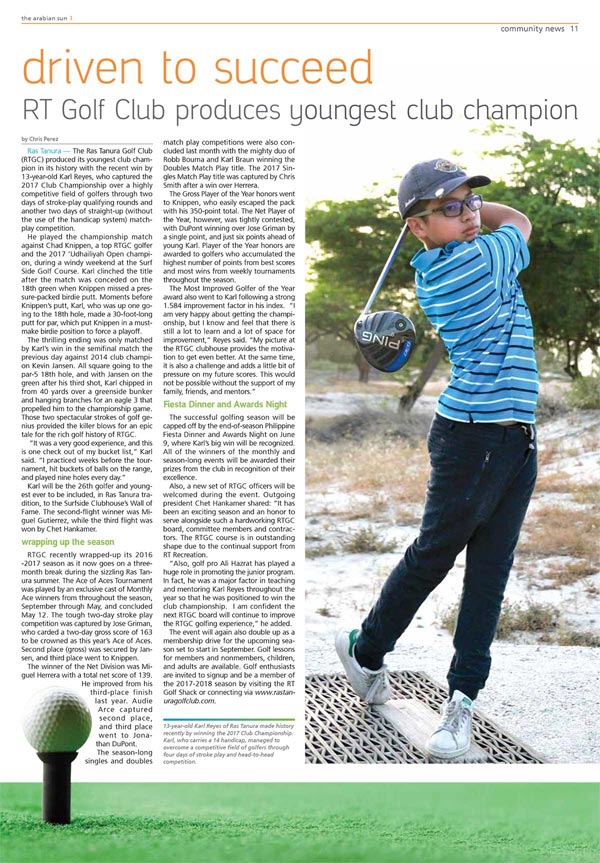