An ecological survey at Shaybah helped make way for a wildlife reserve 10 years ago. 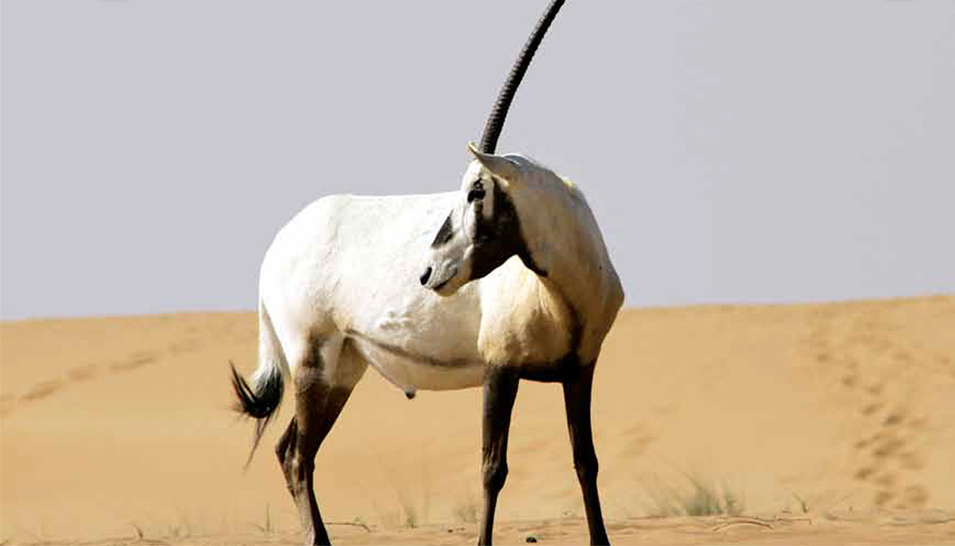 The oryx, once on the verge of extinction, are one of the rare desert animals found near Shaybah in the Rub’ al-Khali.

Here are some interesting headlines over the past 70 years at Aramco. 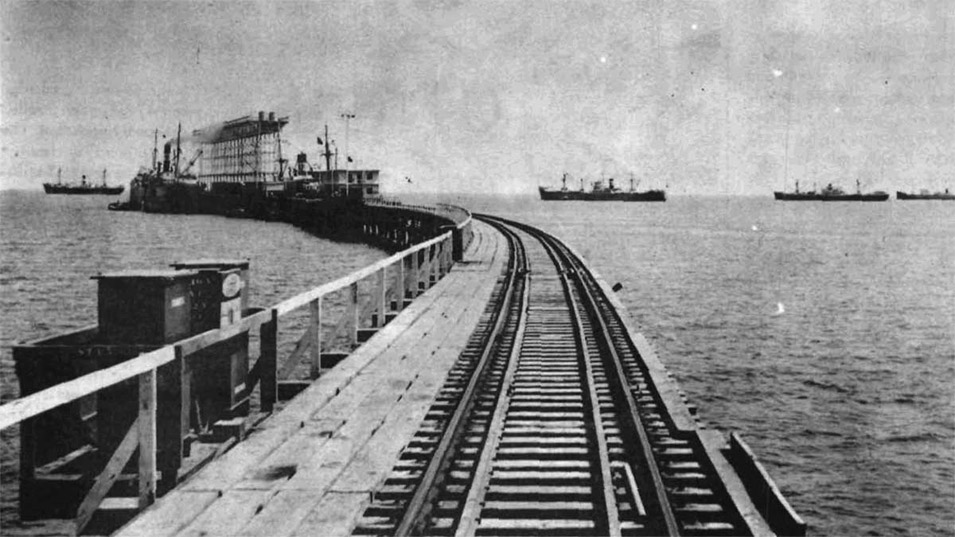 On June 7, 1952, 13 ships were offloading or waiting to off load in Ras Tanura. A year ago, 13 freighters was the record for the month.

Twenty-two vessels unloaded 40,000 tons of cargo at Dammam port last May. Both the tonnage and the number of ships broke all previous records.

Already, new records are being made. On June 7, 13 ships were offloading or waiting to off load. A year ago, 13 freighters was the record for the month.

The giant growth in the port’s activity indicates the ever-increasing influence of Dammam pier to both Aramco and other business concerns in Saudi Arabia. 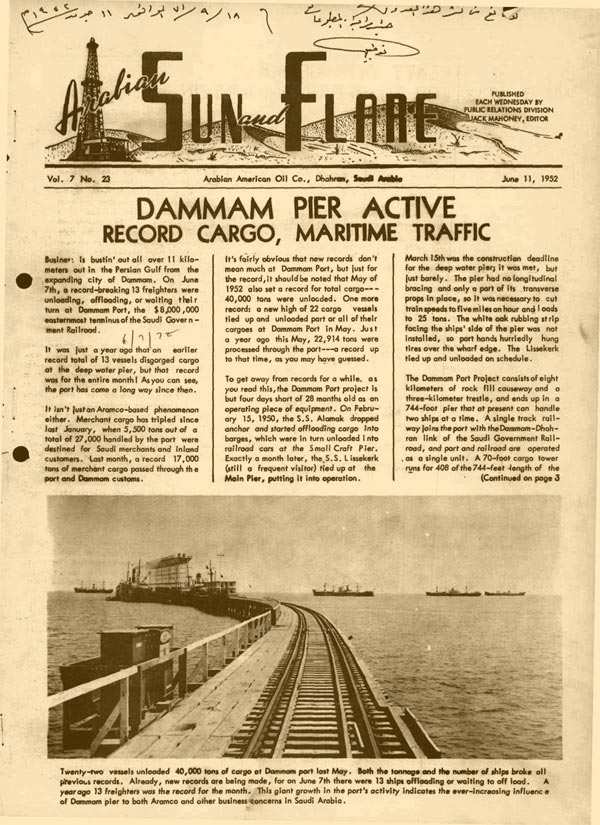 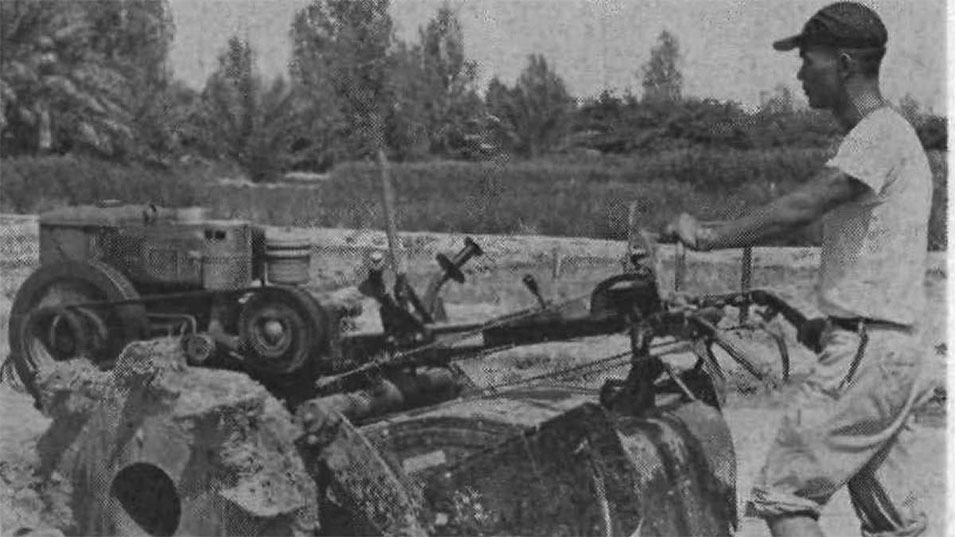 The Saudi Economic Survey, a weekly review of Saudi Arabian economic and business activity published in Jiddah, recently reported the successful outcome of experiments in rice culture conducted during the past two years near Hofuf.

These experiments were run under an Agricultural Cooperation Agreement between the Saudi Arabia Government Ministry of Agriculture and the Republic of China (Taiwan) and came into force in March 1965 following a visit to the Kingdom by a Chinese agricultural mission headed by Fu Hui-Chin.

Although al-Hasa has grown rice for more than a century, production has been small. 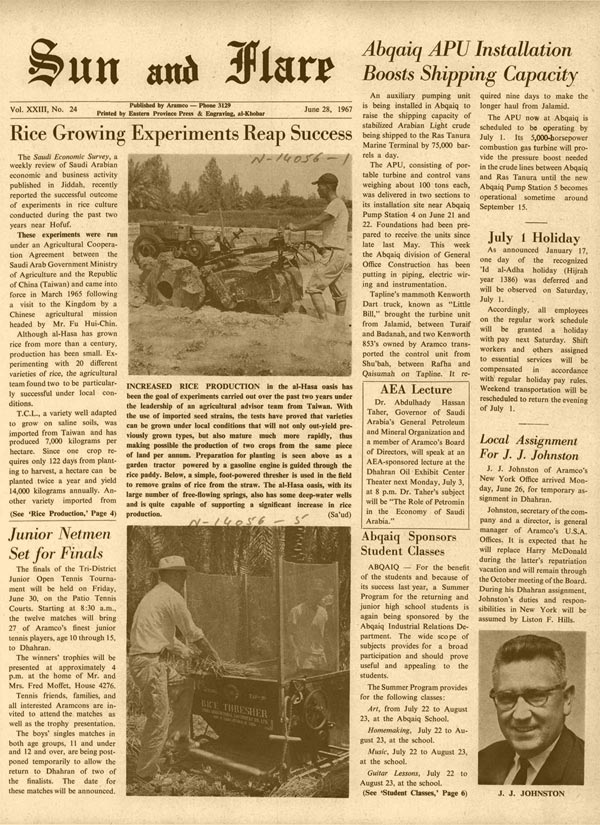 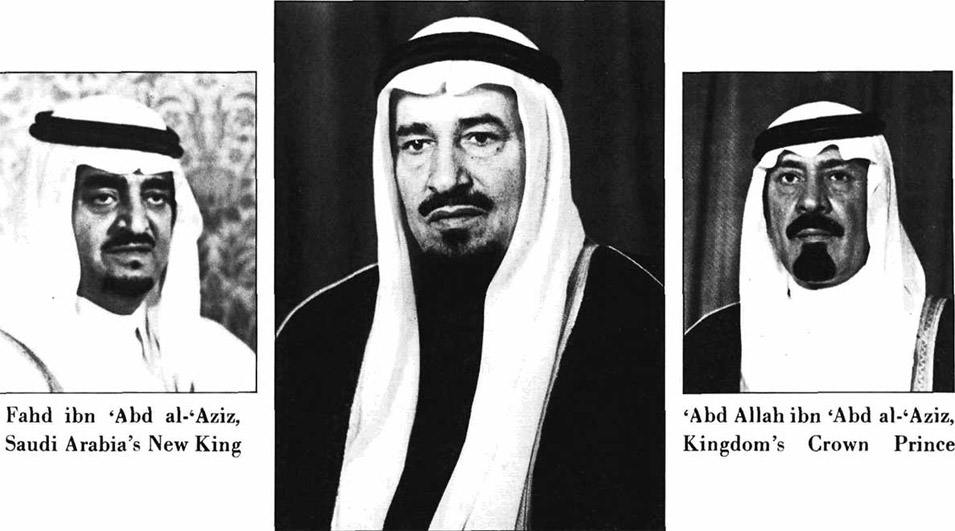 King Khalid, center, passed away in 1982. Pictured to the left was HH King Faisal; to his left was HRH Crown Prince Abdullah.

His Majesty King Khalid died on Sunday, June 13, of a heart attack while visiting Tayif. A deeply religious man, he was known and loved for his gentle ways and qualities of statesmanship. His devotion to the cause of peace will be remembered by a world that mourns his passing. 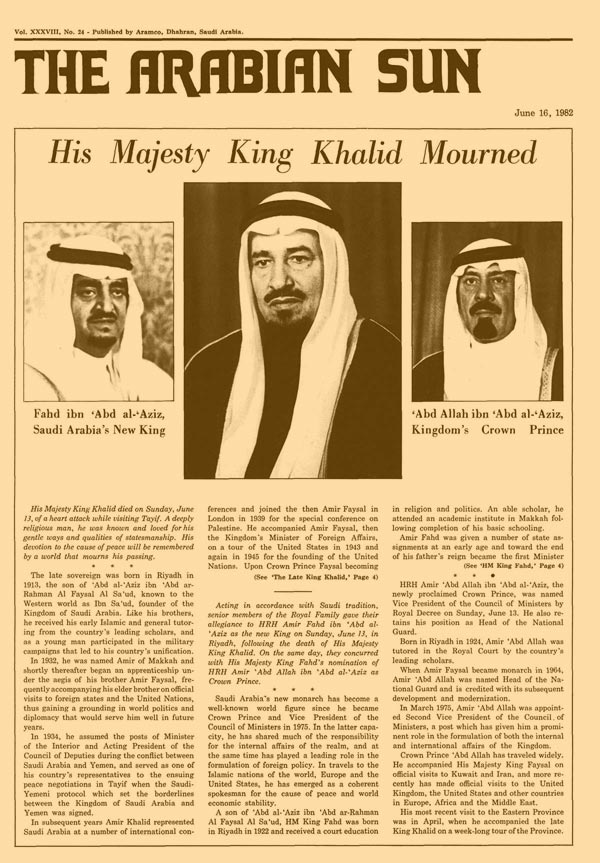 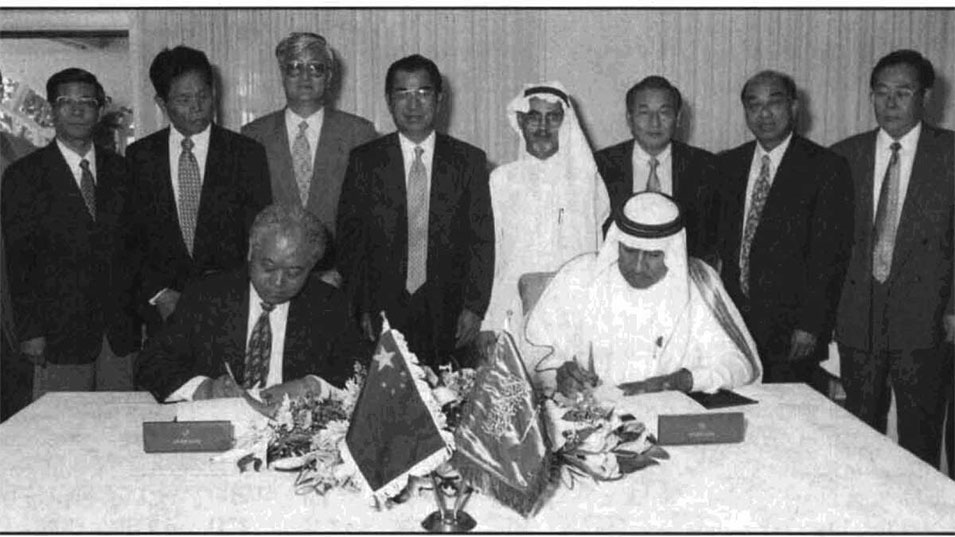 Saudi Aramco signed a letter of intent June 10 with the China Petro-Chemical Corporation (SINOPEC) to export Saudi crude oil to the People’s Republic of China and to study the possibility of participating in refining and marketing joint ventures there.

After the signing ceremony, Saudi Aramco president and CEO Abdallah S. Jum’ah expressed his pleasure with the level of mutual understanding reflected in the letter of intent.

“The signing of this letter reflects Saudi Aramco’s determination to expand its base as a fully integrated international oil company,” Ju’mah said. 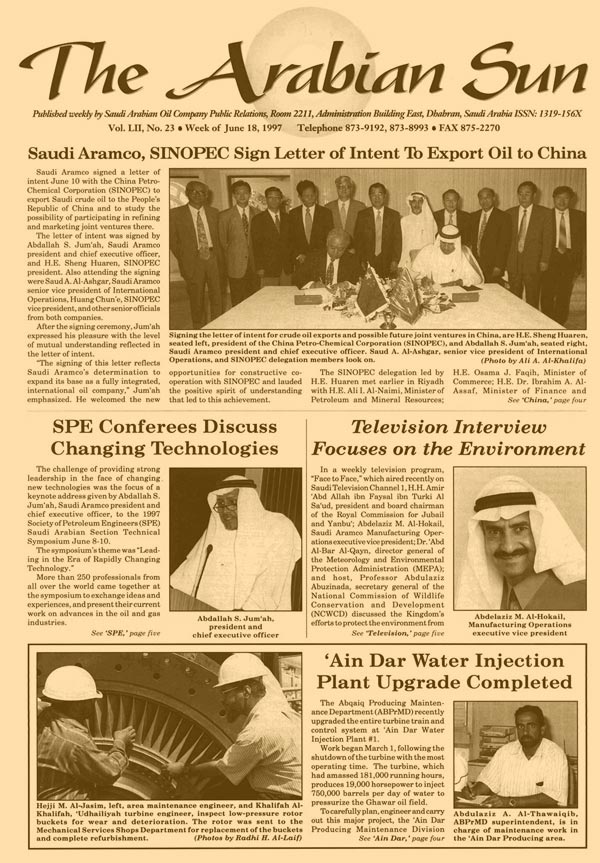 In The Wild: Ecological Survey of Shaybah Signals A Biodiversity Treasure

Deep in the Rub’ al-Khali, a sand fox searches for food. Unbeknown to the scavenger, his moves are being captured by strategically placed remote sensoring cameras.

The fox was just one of many species observed during a recent ecological survey in Shaybah, carried out by Saudi Aramco’s Environmental Protection Department.

The survey, a first for Shaybah, was designed to help determine the biodiversity of the area, and was part of the groundwork for a wider plan to create a wildlife reserve. 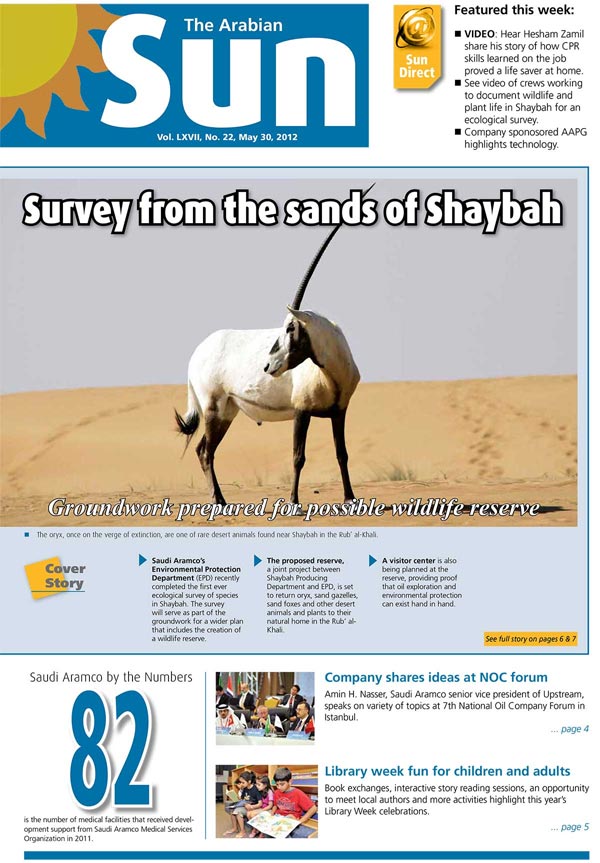