A top Toastmaster, a tough AEA election, the Aramcorama Golf Classic, and more in this week’s look back. 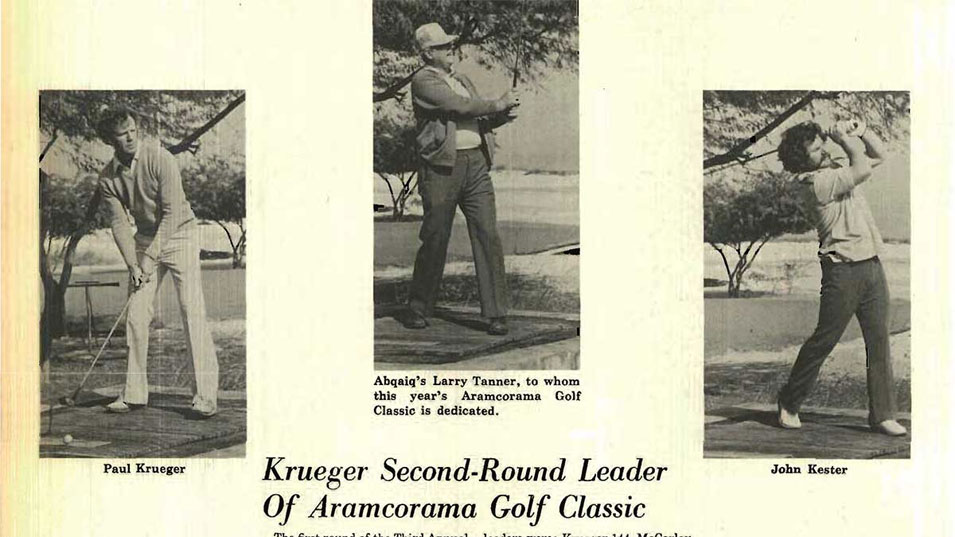 A top Toastmaster, a tough AEA election, the Aramcorama Golf Classic, and more are highlighted in this week’s walk down Memory Lane.

Despite ramifications, the third Aramco Employee Association (AEA) election has been finally run to the satisfaction of all concerned. At the general meeting Saturday evening, Jan. 19, the installation of new officers took place: Those elected are:

The results on the other nominees have been published on the bulletin boards in the Dining Room and Theater.

The Committee assigned to tally the votes wish to state that 260 votes were cast -- 230 from Dhahran and 30 from Abqaiq.

Employees are reminded that portions of India and Pakistan are still considered cholera-infected areas as declared last October. Travelers passing through these areas must present a certificate that they have spent the previous five days in a cholera-free area before being allowed to land at Dhahran or Bahrain.

Ronald Olivera of the Dhahran Toastmasters became the first Toastmaster in the Gulf Region to win three speaking awards in three consecutive years when he won first place in the group's Humorous Speech Contest. The contest was held during the Sixth Annual conference of Gulf Region, Toastmasters in Manama, Bahrain.

Aramcons are celebrating the 65th anniversary of the Dhahran Women's Group, which began in 1946 as the Dhahran Women's Club when there were only 118 families in Dhahran. The DWG, one of the longest-running self-directed groups in the company, played a critical role in sustaining the growth and life of the community over the decades.

Through the years, the DWG's major contributions included welcoming new wives and single women; being the catalyst for other groups such as the Women's Exchange and the Garden Group, responding to international disaster relief requests; and promoting a peaceful and cohesive community through inter-cultural awareness activities.