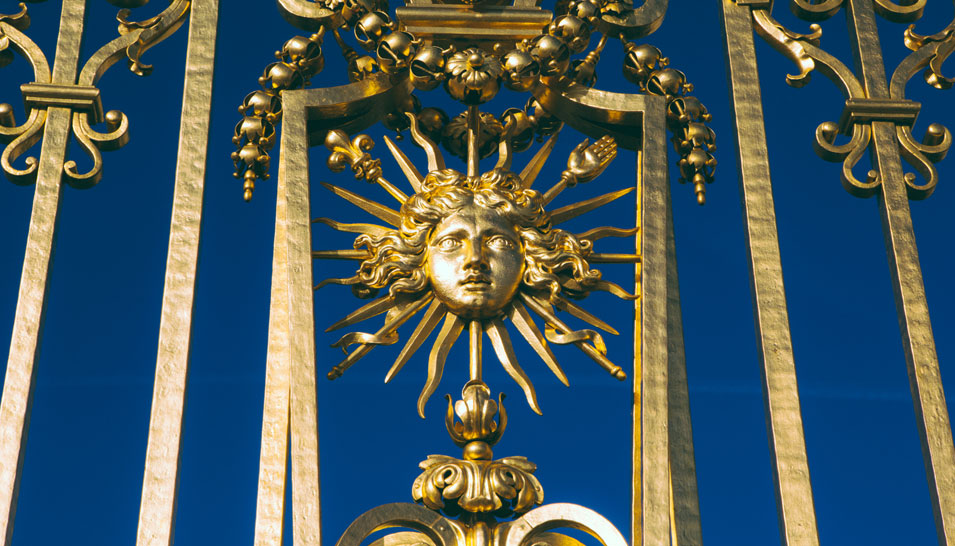 Often when I sit down at my computer to write about one subject or another for AXP, I venture into the realm of my personal history to inflict upon readers memories from my past I believe they might find interesting. Such was the case last week with the article on shawarmas, which set a new record for the number of visits by readers of our newsletter. (Thank you!) Puffed up with pride at that accomplishment, I’ve decided to venture even further into my personal history—or, to be more precise, into that of my family—expanding the scope of my story by 10,000 or so years.

You see, just this past week I received decisive proof that somewhere over the span of the past ten millennia—an estimated 400 generations—I share a common ancestor with King Louis XVI of France. You may have heard about what happened to poor old Louis. In 1793, he and his wife, Queen Marie Antoinette, fell victim to the excesses of the French Revolution, losing their heads to Madame Guillotine. That makes Marie Antoinette my shirt-tail cousin of sorts and her royal offspring via Louis my blood relatives by the tiniest of degrees. I owe this latest revelation to the wonders of modern DNA analysis.

I first began delving into the mysteries of my family’s history while living in the Kingdom in the ’80s and ’90s. My parents were still alive at the time, and they fed my curiosity with what information they had and the stories they remembered being told by their parents and grandparents. Those clues launched me on a quest that continues to this day, one that has become increasingly all-consuming the more I’ve learned about my family and its distant roots.

Come the year 2000, facing the unavoidable prospect of retiring from Aramco sometime in the next few years, I decided I wanted to develop as a business a website devoted to genealogy. I put together a detailed business plan, secured the domain name "genealogytools", and constructed from scratch a set of useful tools for conducting genealogical research. I was fully prepared to launch a new career in genealogy when another thought struck me: Why not start a website for Aramco annuitants? One thing led to another and another and another and, as readers may have figured out by now, I opted to plight my retirement troth to www.aramcoexpats.com. That meant putting my head-first dive into genealogy and family history on hold and concentrating instead on the collective history of my extended family of fellow Aramcons. Although I’ve never regretted that decision, I’ve sometimes wondered what my life would be like today had I chosen a different path.

That’s not to say I haven’t been indulging in my love of genealogy in the ensuing years. I have, and with a passion, spending countless hours of free time pursuing new information about my ancestors of old. That quest has led to the accumulation of a trove of fact-based family history that goes far beyond anything I ever expected to find when I first started out. 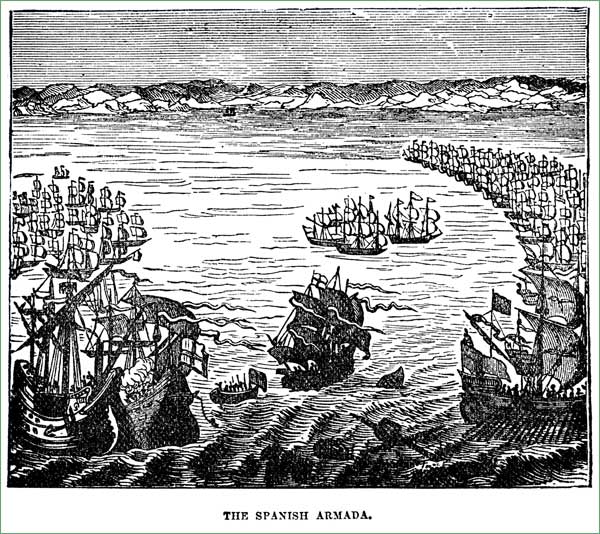 Here are some confirmed highlights of my findings:

I can trace certain of my ancestral lines all the way back to the Middle Ages and forward from there into the Renaissance and Reformation in Europe. My kinfolk of yore included at least two kings—Henry IV of England and Phillip II of Spain. Henry, a Plantagenet and founder of the House of Lancaster, usurped the English crown by deposing his predecessor on the throne, Richard II, in 1399, leaving him to die from starvation in a dungeon a year later after promising clemency if he abdicated (too late, Richard learned Henry lied!). Phillip (known in Spanish as Felipe Segundo) meanwhile ruled Spain at the height of her imperial glory, only to have the misfortune of launching the “invincible” Spanish Armada in 1588 in an ill-fated attempt to invade Spain’s hated enemy, England, ruled at the time by Queen Elizabeth I, sometimes known as the Virgin Queen. Escaping north into the waters off Scotland and Ireland after a crushing defeat at the hands of English naval forces in the English Channel, most of the remnants of the Spanish fleet sank to the bottom of the Atlantic when a series of fierce storms struck.

Moving forward to the earliest days of European settlement in America, relatives on both my father’s and mother’s sides of the family came to America during the 17th and 18th centuries. I can definitely trace my ancestral line on my father’s side to passengers aboard the English ship Handmaid when she arrived at Plymouth Colony in 1630, ten years after the Mayflower’s storied landing on Plymouth Rock. The Mayflower is known to have carried three passengers with the same last name as mine—a father named John Turner and his two unnamed sons—but I have no direct link to any of them. They all died during their first year in Massachusetts, a common fate to many early settlers in that difficult age when only the strongest and most fortunate survived.

Proven male forebears from at least one side and sometimes from both fought in the French and Indian War, the Revolutionary War (qualifying me for membership in the Daughters of the American Revolution), the War of 1812, the Texas War of Independence (qualifying me for membership in the Daughters of the Republic of Texas), both sides of the Civil War (qualifying me for dual membership in the Daughters of Union Veterans of the Civil War and the United Daughters of the Confederacy), the Spanish-American War, and the First and Second World Wars. I find it especially interesting that, on my mother’s side, Albert Sidney Johnston (1803–1862) fought in the Black Hawk War of 1832, in the Texas War of Independence of 1835–36, in the Mexican-American War of 1846–48, in the Utah War of 1857–58, and as a Confederate general in the Civil War where he lost his life in 1862. More recently, my late older brother Mike fought in Viet Nam and my son Brad served in Kuwait and Iraq in 2009–10. The only war of note in which America engaged where I have no direct ancestor that fought is the Korean War. My family is and always has been mindful and proud of what it means to be a patriotic American and serve one’s country.

Based on what I’ve learned from DNA analysis, I’ve been able to track my forebears’ westward advance from Massachusetts and Virginia through Kentucky and Ohio to Missouri, and, from Missouri, along the Oregon Trail to Oregon and California. For me, American history is my family’s history writ large, with branches of the family tree stretching in all directions through every era.

I’ve been able to confirm through DNA analysis that my shirt-tail cousins include two American presidents—Franklin Pierce and Warren Harding. A smartypants friend likes to tease me that, by consensus of scholars, Pierce and Harding rank in the bottom five of American presidents of all time. On a less controversial note, I am related as well to none other than the legendary Johnny Appleseed. 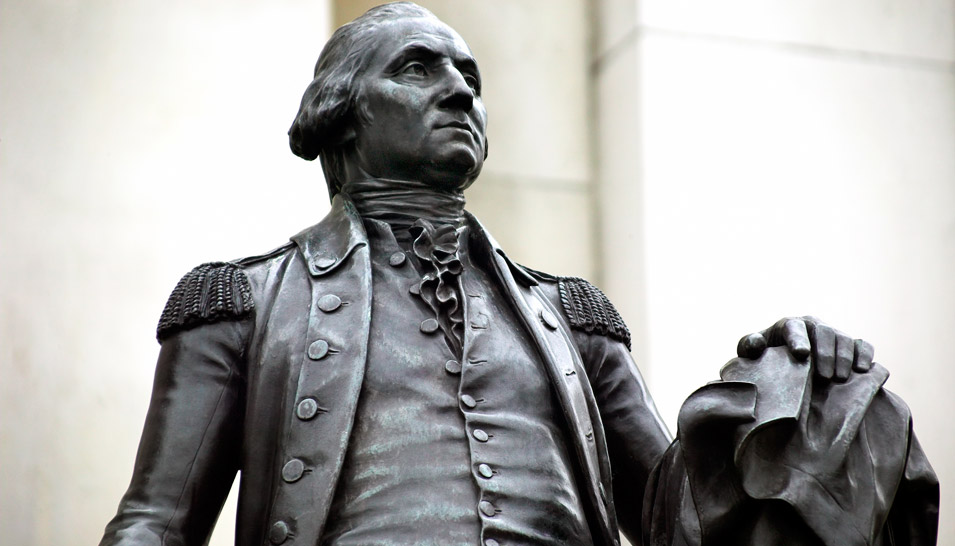 I recently found a way to get even with the aforementioned smartypants friend. It turns out that, via my 15th great-grandfather Richard Coles, born in Preston Capes, Northampshire, England on 20 August 1528, I’m related to none other than the Father of Our Country, the cherry tree-chopping, “I cannot tell a lie” George Washington himself, who was, in turn, Richard Coles’ eighth great-grandson. By my reckoning, one George Washington easily equals one Franklin Pierce plus one Warren Harding. So there!

You read all the time about there being a maximum of six degrees of separation between everyone alive today. I’m not entirely sold on that notion, and it’s based on personal relationships, not genealogical heritage. On the other hand, if measured instead by generations using DNA analysis, I seem to be related to a sizable cross-section of humanity over a 10,000-year span. And I’m not even half done with the research I have in mind to complete. Who knows who else and what else I’ll discover as I delve ever more deeply into my family’s past?

Newcomers to genealogical research are forewarned before they begin digging to prepare for unexpected and sometimes unwelcome revelations as they unwrap the hidden secrets of their family trees. It seems we all have skeletons hidden away somewhere in one of our family’s many closets. I have not been immune to that phenomenon. After years of poking around in myriad archives, both in person and online, I’ve discovered that I may not be the offspring of an alleged great-great grandfather from the Union side of the Civil War after all. Family members for several generations had all been told countless times that grandfather so-and-so died in battle fighting for the Union cause and that his widow out in Missouri raised his orphan son without father and son ever meeting. Not so, not even close, my research discovered.

It turns out that my assumed Civil War casualty great-great-grandfather actually survived the conflict intact and later remarried. As for my verified great-great-grandmother—the woman we all assumed was his widow—she was divorced by him after the Civil War, meaning that I am not sure of the identity of my great-great-grandfather. When I do uncover it—and, rest assured, I won’t leave a stone unturned until I do—I may have an entirely new line of ancestors to contend with.

You probably know someone who’s had his or her DNA tested. We all receive DNA from our mothers and fathers, 50 percent from each side. Each side has its own tale to share, and the full story cannot be told without knowing what both sides have to say. It would take many pages to describe in even rudimentary fashion all the factors and variations involved in DNA analysis. Here are links to three websites where you can learn more about this fascinating subject if you’re so inclined:

Today I’m thinking a lot about my latest revelation—my genetic link to a common ancestor to Louis XVI, and my link to Marie Antoinette courtesy of their marriage. In a famous apocryphal tale that owes its origin to something written by 18th century French philosopher Jean-Jacques Rousseau about Marie-Thérèse, the wife of Louis XIV, when Marie Antoinette was told that French peasants were starving for lack of bread, her response was supposedly “Let them eat cake”—the usual English translation of the original French, “Qu’ils mangent de la brioche.” A historian friend has explained to me that that story is entirely untrue but that, if it was, the French word the queen purportedly used—brioche, commonly mistranslated into English as bread—referred in one of its several 18th century meanings not to loaves of bread as we would normally envision them, nor even to the butter-and-egg-infused pastry delicacy we know today as brioche, but rather to random scrap morsels left over from the baking process that would otherwise have been thrown away. Amidst confusion and controversy, the legend of “let them eat cake” persists, however unfair it may be to the martyred queen. The truth is, Marie Antoinette never spoke those words, just like George Washington never chopped down that cherry tree.

Perhaps had Marie Antoinette said, “Let them eat shawarmas!” instead of “Let them eat cake,” she might have avoided her sad fate.

As for my fate, I expect to go on eating shawarmas and writing about similar topics of interest for years to come while devoting as much time on the side as I can spare to unlocking more hidden secrets of my family lineage through genealogical research and DNA analysis. Recently I had an article published in the Missouri State Genealogical Association Journal in which I solved the mystery surrounding the identity of my paternal great, great grandfather with enough footnotes and citations to choke a camel. That success has encouraged me to soldier on with my investigations. I have many more questions I feel compelled to find answers for now that I understand the methods of proof involved on a professional level.