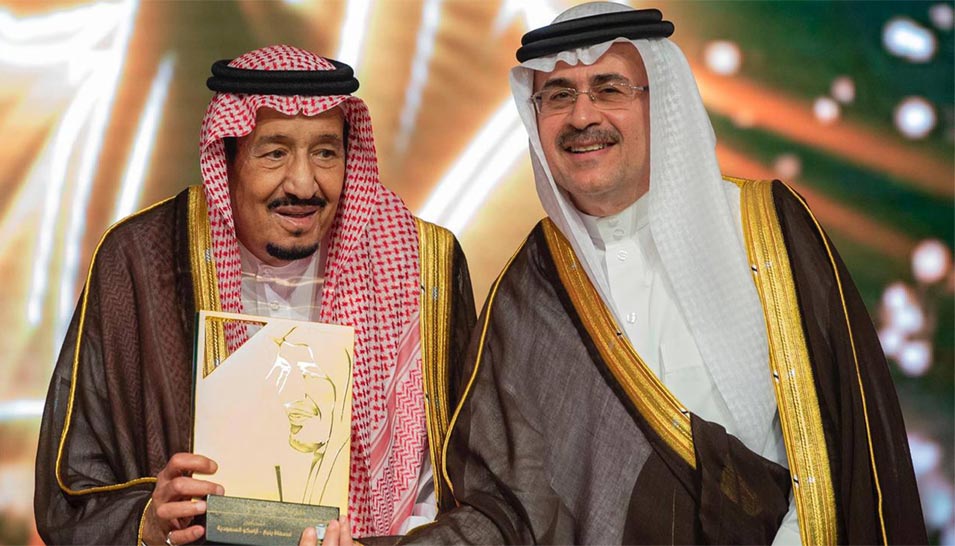 King Salman ibn ‘Abd Al-’Aziz Al Sa’ud, Custodian of The Two Holy Mosques, presents trophies to winners of the King Khalid Award, including Saudi Aramco president and CEO Amin Nasser. The company was given the award for efforts by the Yanbu’ Refinery Department in implementing innovative practices to enhance sustainability.

Under the patronage of the Custodian of The Two Holy Mosques, King Salman ibn ‘Abd Al-‘Aziz Al Sa’ud, Saudi Aramco has been awarded the King Khalid Award 2019 for Corporate Sustainability.

The Yanbu’ Refinery Department (YRD) won top honors in this category and was recognized during the award ceremony in Riyadh on Monday.

“I feel very proud for being honored by King Salman ibn ‘Abd Al-‘Aziz Al Sa’ud for Saudi Aramco’s Yanbu’ Refinery,” said Amin Nasser, Saudi Aramco president and CEO. “It is a badge of honor to every employee in the company — especially that the essence of this award revolves around corporate sustainability which is considered — more than ever — to be a pivotal subject in energy transformation during the 21st century.

“Saudi Aramco is an international leader in the oil and gas industry within this field, and this reflects on the company’s excellence, and its transformation into the world’s biggest integrated company in energy and chemicals, which constantly contributes in supplying the world with needed energy for the continuity of its prosperity, in addition to increasing its economic growth,” Nasser added.

King Salman ibn ‘Abd Al-’Aziz Al Sa’ud, Custodian of The Two Holy Mosques, presents trophies to winners of the King Khalid Award, including Saudi Aramco president and CEO Amin Nasser. The company was given the award for efforts by the Yanbu’ Refinery Department in implementing innovative practices to enhance sustainability.

Yanbu’ Refinery earned the first place recognition in the Corporate Sustainability category by distinguishing itself for the innovative incorporation of sustainability in its practices, as well as operations on social, economic, and environmental levels in the Kingdom.

Nasser noted that Yanbu’ has been one of the company’s local refineries with a strategic importance since its establishment in 1983. With a processing capacity of 250,000 barrels of crude oil per day, it is efficiently led and operated by a highly qualified Saudi workforce. It is considered a vital artery in supplying the local market with petroleum products.

Yanbu’ Refinery is also an exceptional example of the oil and gas refining systems in the Kingdom, as it has attained groundbreaking levels in efficiency, reliability, and safety in an economical and sustainable way.

“This award reflects the commitment and dedication of all leaders and staff at Yanbu’ Refinery in achieving the goals of Saudi Aramco’s Operational Excellence program, which has led Yanbu’ Refinery to win multiple awards throughout Saudi Aramco, across the Kingdom, and around the world in the past few years, in the fields of energy, safety, environment, cybersecurity, and social responsibility, in addition to sustainability.

“It is considered an exemplar of Saudi Aramco’s facilities that implement sustainability in their core operations through the use of low-carbon energy solutions, following regulations and standards in operations, maintenance, and innovation fields,” said Nasser. “This is in addition to raising the employees’ awareness on the importance of a commitment to environmental standards, and successfully implementing social, economic, and environmental initiatives such as the use of advanced technology toward creating a clean energy industry.”

Nasser also highlighted YRD’s restoration of natural habitats, which are essential for marine organisms and birds, through the planting of a mangrove forest — something that is considered to be the most important natural basin for the absorption of carbon dioxide.

“It is also a platform for Saudis to gain the necessary skills that will enable them to work in the oil and gas industry through training institutes — all while still maintaining outstanding safety performance with no incidents and no injuries,” he said.

Relying on our people, our processes, and the spirt of R&D

Nasser credited YRD’s win in the Corporate Sustainability category to the application of development initiatives that includes many aspects, such as:

Nasser expressed his pride and happiness with an award that comes from the prestigious King Khalid Foundation, adding that the award will present a motivating factor for employees and departments toward excellence and creativity.

Nasser also thanked HRH Prince Faisal ibn Khalid ibn ‘Abd Al-‘Aziz Al Sa’ud (King Salman’s consultant and the Chairman of the Board of Trustees of the King Khalid Foundation), who has worked diligently to encourage private businesses through this award, enabling them to play a crucial role in the development of the Saudi community. 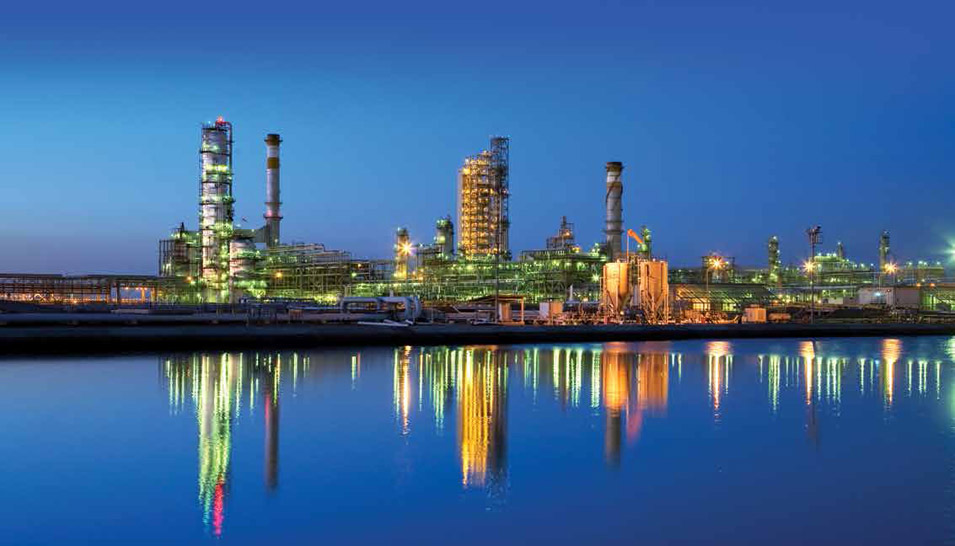 About the King Khalid Foundation

The King Khalid Foundation is a platform to celebrate, honor, and recognize enterprises that have created a competitive advantage through the innovative use of sustainable business practices and in doing so, have helped spur Saudi Arabia’s social, economic, and environmental progress. The nominees are selected on the basis of their positive contribution in social challenges, as well as social sustainability.

These awards enable others who strive to achieve economic growth to follow the same path.