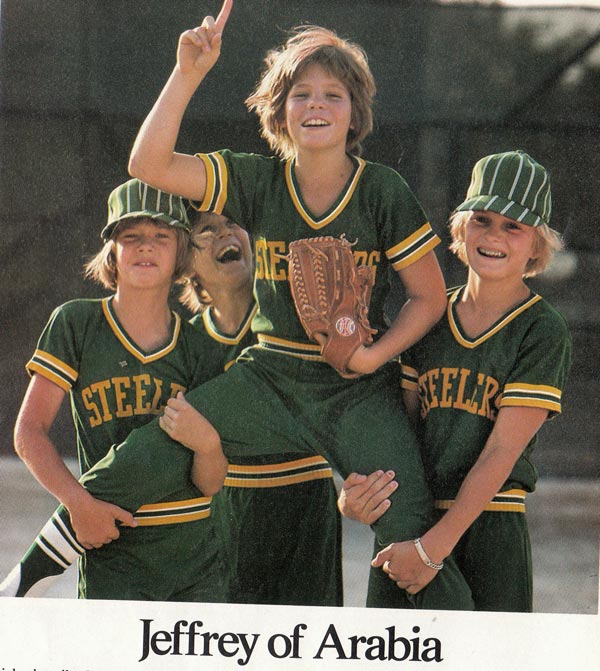 Many of you may recognize this photo of Jeffrey of Arabia. Jeffrey Jaszczak was just 11 years old when the photo was taken. He lived in Dhahran behind the snack bar and then on Hufuf in Dhahran Hills when the photo was selected for a promotional ad for Aramco in the 80's. The ad appeared in many well-known publications including National Geographic, Sports Illustrated, and Reader's Digest.

When Jeffrey left Arabia, he attended Darlington School in Georgia in the USA. He now lives in Gainesville, Florida with his wife Erin and their two children.

On May 10th, Jeffrey of Arabia celebrated his 50th birthday.