The new landing and take-off location was officially opened Jan. 10, 1968, just behind the Administration building. 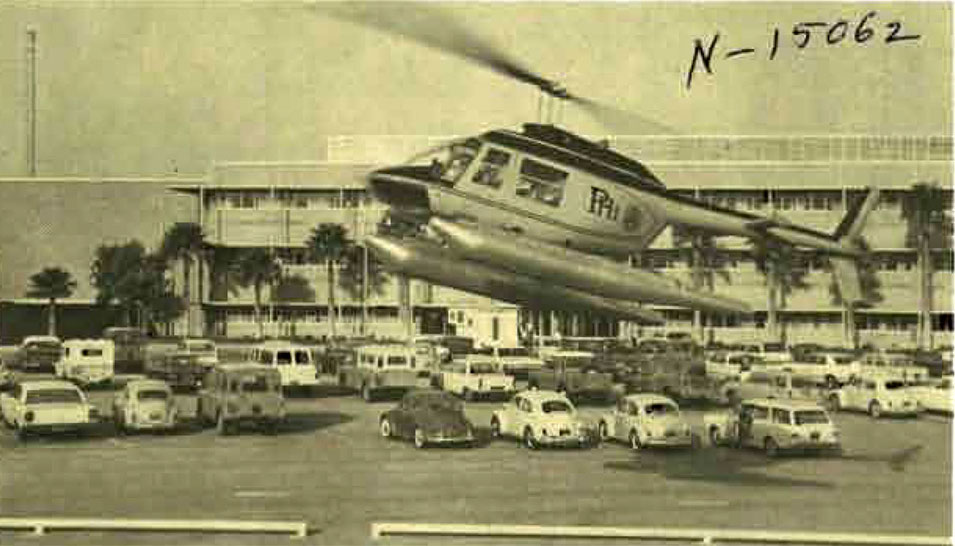 The helicopter, a turbine-powered model, is designed to carry a pilot and four passengers, and is used mainly to carry technicians and equipment to Aramco's offshore facilities. 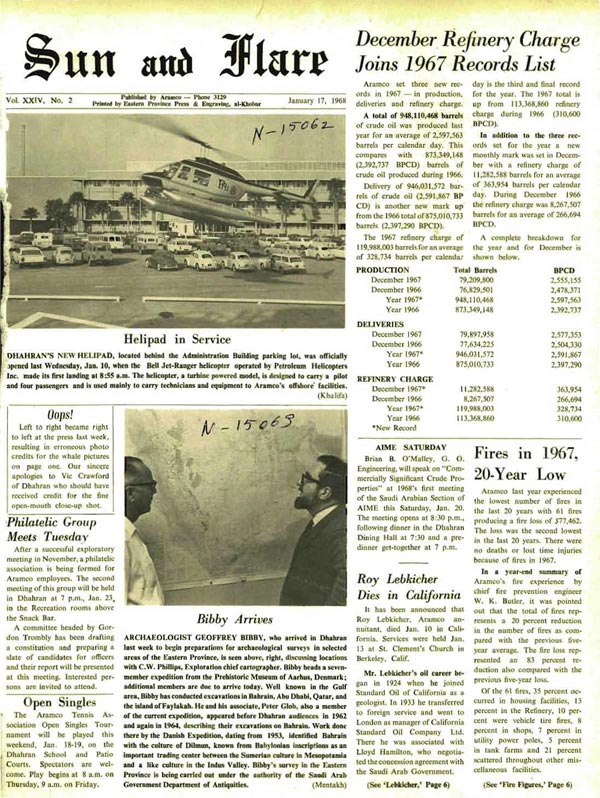