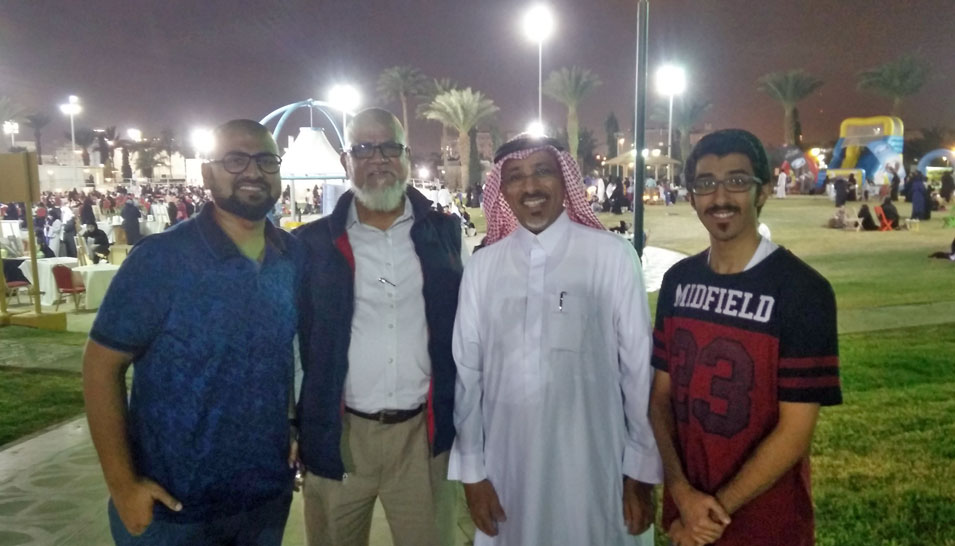 While visiting, he decided to contact his Saudi Aramco friend Mr.Yousuf Ali Kuzaba who used to work in the Jeddah Refinery at the Relief Valve Shop. When he called upon him, Yousuf was surprised and pleased to hear his voice. The two made a plan to meet at the Jeddah Recreation Centre that evening.

Mohammed recalls it was a memorable evening. He had invited his son, Zubair Mohammed Iftekhar, who was born and raised in the Eastern Province, to join in the reunion. Yousuf also brought his son who is currently an engineering student at KFUPM. Together they recalled, as Mohammed states, "the sweet olden day’s memories and achievements."

Mohammed says, "we exchanged our e-mail addresses and hoped to meet again. I have invited my Saudi friend to visit my city Hyderabad, India."

Mohammed is among many annuitants reconnecting with old friends and we encourage you to do the same. If you have recently reconnected with an Aramco friend, tell us about your reunion and share a photograph with the Aramco ExPats community at [email protected].