Getting in Shape: Vignette from 'Tales from the Desert: An Arabian Memoir' 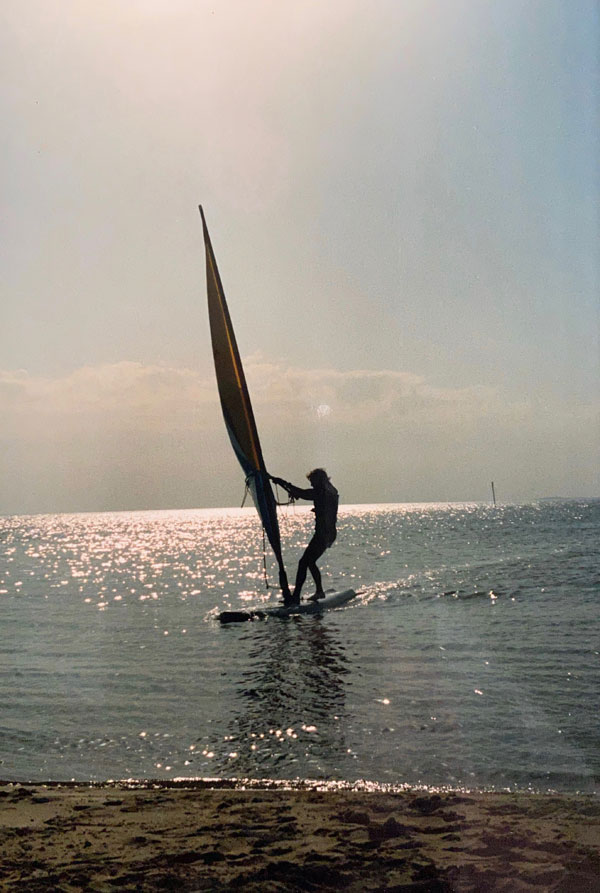 Learning to Windsurf, Half Moon Bay 1980

Throughout the cooler winter months, the running club would put on a variety of races, typically of five and ten kilometres, in addition to half and full marathons. Barely three months after I had started running, a ten kilometre run seemed nothing out of the ordinary and was completed with relative ease. I was never particularly fast and although my times were respectable, I knew that I could never beat any of the good runners over shorter distances. Endurance however was another matter and, in my late twenties, I felt as though I could run forever. 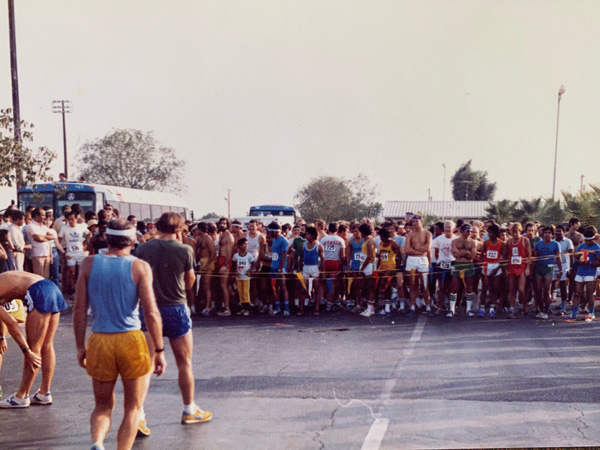 I would put this theory to the test when I completed my first half marathon. Aching, but elated, I was persuaded by one of my friends that I should enter the full Dhahran marathon which was to take place in a few weeks time. The twenty six mile course would start from the company’s private beach at Half Moon Bay, up to Dhahran and back again. 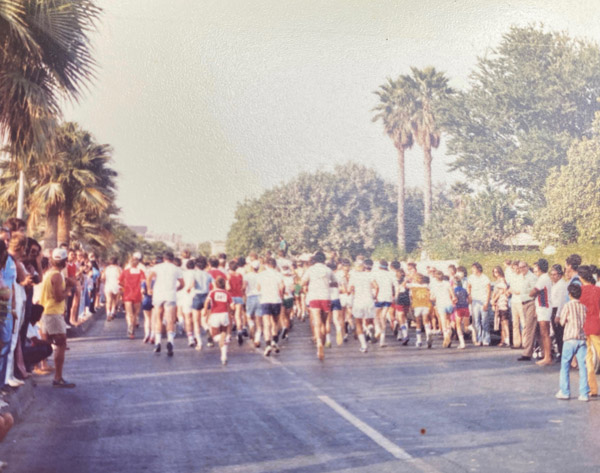 Setting off in darkness, I completed the outward thirteen mile section in reasonably good order, but the return to the beach was an altogether different proposition. As I passed the twenty mile marker, my legs increasingly felt like lead and my pace already slow, began to get even slower. Just six miles to go I told myself, but it might as well have been sixty miles. 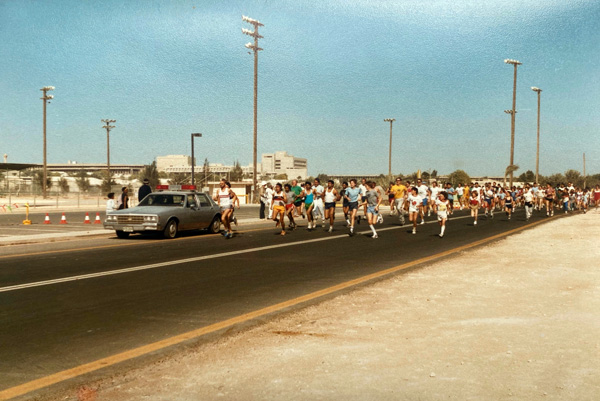 At the twenty two mile marker, my legs stopped functioning completely and I was unable to put one foot in front of the other. I sat down in the road, tears of anger and frustration welling up as the realisation dawned that I had bitten off more than I could chew. Rather than vowing never to do it again, I decided that I would complete a marathon, but that next time I would prepare properly. Never again would I have to sit down in the middle of the road in tears. It’s not a pretty sight to see a grown man cry.