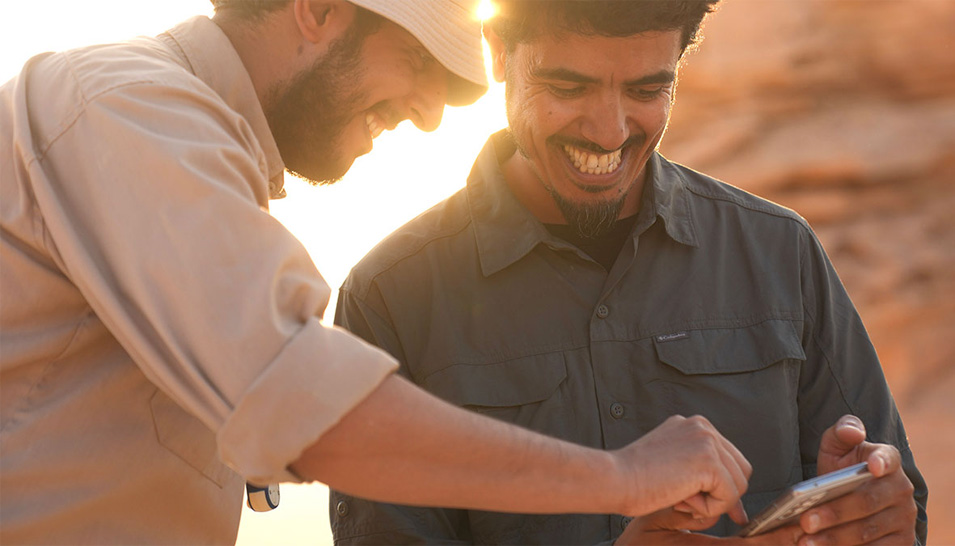 An Aramco geologist and inventor’s rare Jurassic fossil find from when dinosaurs roamed the Earth has been featured in the Arabian Journal of Geosciences.

Abdullah S. Al-Mojel discovered the first Jurassic rudist fossil in Saudi Arabia during his Ph.D. field study between 2014 to 2017. Rudists are a group of extinct box-, tube-, or ring-shaped marine heterodont bivalves.

Rudists lived in shallow marine areas and today their fossils are found in limestone rocks. The rudist fossil record spans from the Late Jurassic to the Late Cretaceous periods. During this time, several mass extinction events affected the abundance and diversity of rudists. 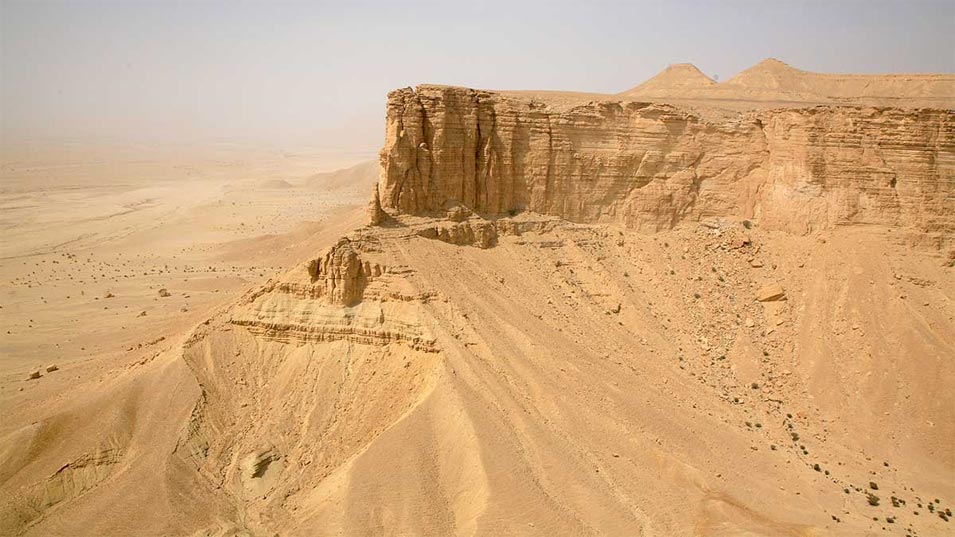 The Edge of the World

‘The Edge of the World’

The scientific details of the fossil were recently published in the Arabian Journal of Geosciences. The Jurassic rudist was found in an outcrop along the side of Wadi Malham, 100 km north of Riyadh, near the famous Tuwaiq escarpment — “the Edge of the World.”

“The discovery of this specific rudist is considered the first recorded outside of central Europe, and it will mostly interest paleontologists and geologists to understand the paleogeography and paleoclimate for the ancient super-continent called Gondwana, which includes the Arabian Peninsula, Africa, South America, Australia, and Antarctica,” Al-Mojel explained.

The stratigraphic layer where the rudist was found marks a significant regional anchor point for correlation, and will provide important insight on the lateral distribution of this layer. 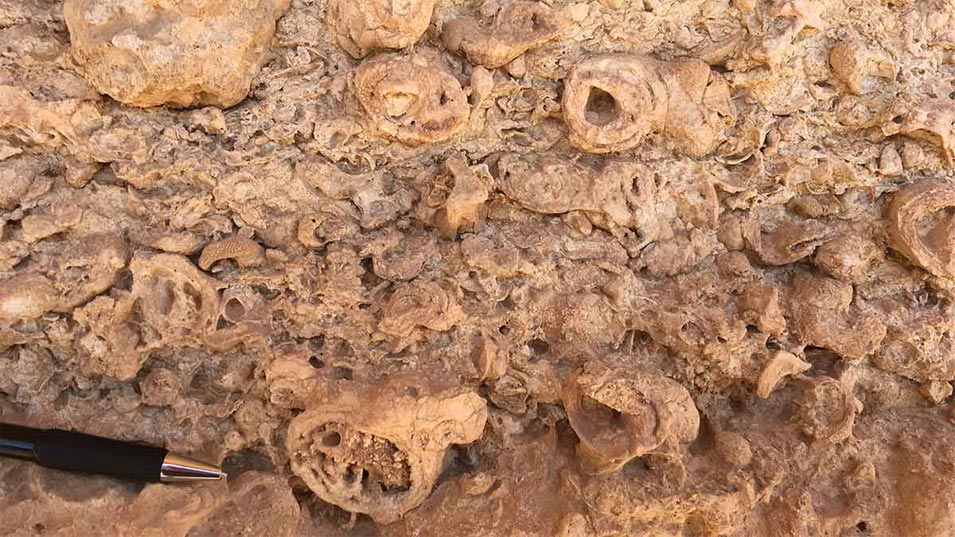 The rudist bed is around four-to-five meters thick and is characterized by high permeability and porosity with holes and vugs (a small- to medium-size cavity in the rock that may contain crystals) that are centimeters in size. This is preferential for groundwater storage and hydrocarbon reservoir potential.

To the non-geologist, the Jurassic period (lasting from 145 to 200 million years ago) is known as a time of dinosaurs because of the cinematic fiction movies, Jurassic Park.

During that time, the majority of Saudi Arabia was covered with a shallow marine-water where such rudist and reef coral where favorably developed, which explains the dominant marine fossil remains along the Tuwaiq Mountain escarpment.

The Jurassic outcrops in central Arabia are always areas of curiosity to geologists. Al-Mojel’s deep field excursion and excavation in these golden walls of rock was influential in another discovery he made.

He invented a geo-augmented tool and workflow that displays natural and geological information side-by-side with the outcrop in real time for geotourists and visitors.

“This provides an effective guidance for hikers in an unfamiliar new site. This innovation led to a sustainable relation and friendship between humans and our surrounding nature,” Al-Mojel said.

It is not surprising that these mountains were a source of inspiration and strength as they were the site of the first oil discovery and wealth of Saudi Arabia in the early part of the 20th century by the pioneer geologist Max Steinke.

It is also noteworthy that the Saudi Crown Prince, Mohammed bin Salman, considered the significance of the Tuwaiq Mountain in his Vision 2030 where it becomes a national icon, signifying the strength, spirit, and mettle of the Saudi people.