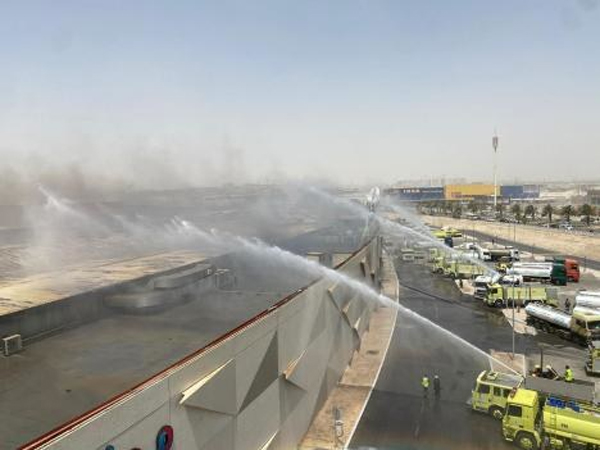 Civil Defense vehicles pumping water to extinguish the fire that broke out in Dhahran Mall on Friday. (Supplied/Saudi Civil Defense)

RIYADH: A Saudi shopping mall was on fire Friday engulfed in smoke after a blaze broke out in the early hours of the morning.

Plumes of smoke could be seen billowing from the Mall of Dhahran in Alkhobar — the largest commercial market in the Eastern Province — as emergency crews battled to contain the fire.

Officials said no one was hurt in the blaze, although a number of animals were rescued from a pet store. 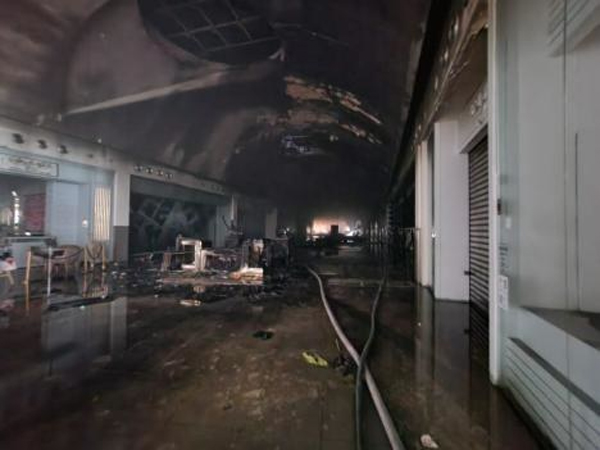 A corridor between several shops in Dhahran Mall, as it appeared, minutes after the fire was extinguished on Friday. (Supplied/Saudi Civil Defense)

Lt. Col. Mohammed Al-Hammadi, spokesman for the Civil Defense, told Arab News that a Civil Defense team from Dhahran, supported by other firefighters and airborne assistance, had by midday managed to extinguish the fire.

In a statement issued on Friday, the Civil Defense said that initial investigations pointed to the blaze starting in the mall’s roof insulators before flames spread to other areas of the 220,000-square-meter shopping center.

An eyewitness said that members of a Civil Defense team plucked several pets to safety from an animal care store in the mall. 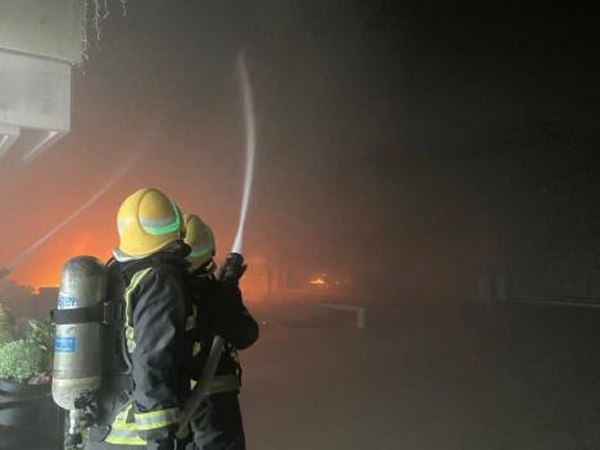 Two firefighters take part in extinguishing the fire that broke out on Friday in Dhahran Mall. (Supplied/Saudi Civil Defense)

Saudi journalist Hussein Al-Falih, who lives close to the mall, said: “I hadn’t got out of the neighborhood before I saw flames and fumes coming from the mall’s building.”

He added that smoke began to gradually envelop the mall — managed by the Arabian Centers Co. — reducing visibility in the immediate area. “I saw many vehicles from the Civil Defense, and there were helicopters flying over the mall.”