Fathers, Golf, and Music Go Together 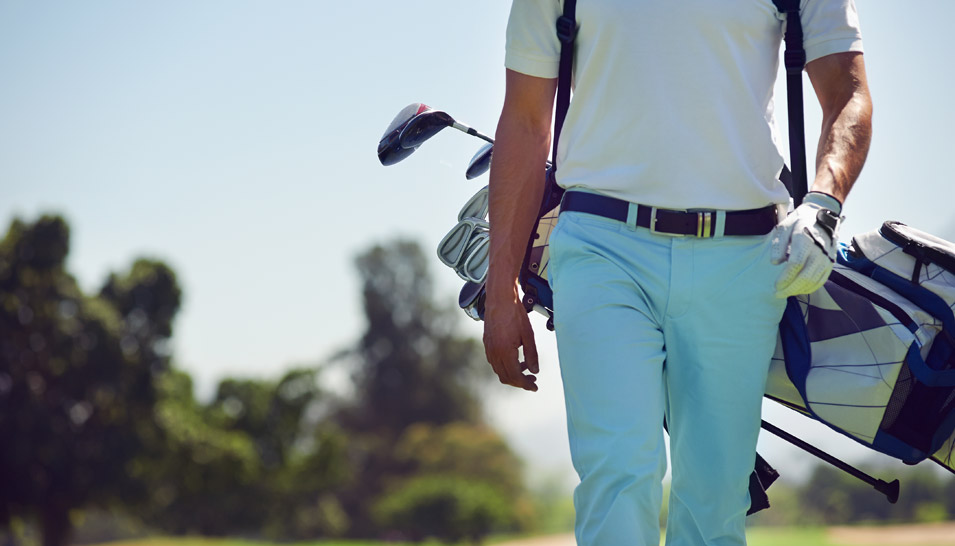 This coming Sunday, being the third Sunday in June, will be celebrated as Father’s Day in 60 countries around the world. Last year, AXP marked Father’s Day 2017 by highlighting 11 songs written about fathers, starting with Paul Peterson’s mushy-but-heartfelt 1964 hit, “My Dad,” and ending with Yusuf Islam/Cat Stevens’ progressive rock-style tune from 1970, “Father and Son.” For 2018, we’ve once again chosen a musical theme to recognize Dad’s special day, this time approaching it from a different angle.

Golf is a favorite pastime of fathers everywhere, and Aramco dads are no exception. During their years living in the Kingdom, many an ExPat—men and women alike—took advantage of links like Rolling Hills Golf Course in Dhahran to indulge in their love of the sport. For all the golfing fathers reading this newsletter, this story is for you, especially if you’re musically inclined. As for the rest of you readers, you needn’t be a golfer (or a father) to enjoy this man’s music and words. Good tunes and great lyrics can be appreciated by anyone anytime anywhere.

Get out your irons and trusty woods and favorite putter, golf-loving fathers, ’cause here we go. It’s tee time at AXP!

Golf is well known for the colorful nicknames bestowed on its top athletes: “The Walrus” (Craig Stadler); “The King” (Arnold Palmer); “The Shark” (Greg Norman); “The Golden Bear” (my favorite, Jack Nicklaus); “Boom Boom” (Freddie Couples); “Lefty” (Phil Mickelson); “The Merry Mex” (Lee Travino); and “The Black Knight” (Gary Player) immediately come to mind. The sport is less well known for its music, and that’s a shame because there are some wonderful golf-themed songs out there waiting to be enjoyed. We’re thinking in particular about the body of golf-related work of Seattle-area singer/songwriter Billy Mac.

A few years ago, Golf Digest included Billy Mac’s “Augusta Sweet Augusta”—written about the traditions and charms and beauty of the site in Augusta, Georgia where the annual US Masters Tournament is held—on its list of the 10 greatest golf songs ever written. And, in 2013, his ballad-like “The Old Course” was chosen as the theme song for their 600th-anniversary celebration by the St. Andrews Links Trust in Scotland—St. Andrews being the oldest, most famous, and arguably the finest traditional golf course in the world.

Billy Mac, née William McCarthy, hailed originally from “the Birthplace of Jazz,” New Orleans. Billy wrote his first hit single, “Better Our Hearts,” in Nashville, and performed for years as a solo artist in Las Vegas at such venues as the Aladdin Hotel and the Rio Suite Hotel, singing his own original songs, not covers of songs written by others. Eventually, he settled in Redmond, Washington—an east side suburb of Seattle best known as the home of Microsoft—where he currently resides with his wife, singer Merrilee Rush of “Angel of the Morning” fame. Together, Billy and Merrilee devote most of their days to raising what Billy describes as “a small herd” of Old English Sheepdogs. Fortunately for music and golf lovers, the pair still finds time to leave the puppies behind and perform on stage together, with Merrilee serving in a trio of female singers known as “The Birdies” backing up Billy when he’s headlining one of his golf-themed shows, and Billy pounding the keyboard and heading the backup band when it’s Merrilee who’s taking center stage reprising “Angel” and belting out a torrent of foot-stomping rock-’n’-roll tunes.

The course at Augusta is famous for the riotous, picturesque display of blooming azaleas and dogwoods it puts on every year at tournament time. Billy sings about that and more in “Augusta Sweet Augusta”:

In “The Old Course,” Billy captures a bit of the history of golf and the mystique of St. Andrews:

…Still some say the habit was truly begun
When Bishop John Hamilton first grew the hare.
Still I remember folks didn’t much care
Long as they could play.
They’re all here, all the ghosts,
They’re all here, there are hosts,
All these folks, gathered here,
The people perhaps you can hear.

Billy Mac’s reference to “when Bishop John Hamilton grew the hare” alludes to an early episode in the history of St. Andrews when, in 1552, Hamilton was given the right to maintain a rabbit warren in the village of St. Andrews on the present site of the Old Course. In exchange for being guaranteed a secure supply of rabbit stew for himself, Hamilton formally granted townspeople permanent access to his piece of land for playing golf and football. And the rest, as the old saying goes, is history.

In one of his latest compositions, “Boom Boom,” Billy extols the prowess of professional golfer and Seattle native Freddie “Boom Boom” Couples, long famous for his missile-like drives off the tee:

This man is head and shoulders above the rest,
And for miles around, when they heard that sound,
They knew they were hearing the best.
“Boom boom!” must be Freddie.
“Boom boom!” hits it right steady.
“Boom boom!” sounds like a seven-forty-seven.

The above lines have been plucked from four of Billy Mac’s many golf songs. Some of the other links-related tunes penned by him include “Tee It Up,” “Hit the Ball,” “Pebble Beach,” “Pinocchio’s Putt,” “Bucket of Balls,” and “On the Beach Again.” If you’re looking for a memorable Father’s Day gift for Dad, and Dad happens to be a fan of golf, Billy’s golf CDs are available for purchase online from his website, www.billymac.com, or his songs can be downloaded individually or by CD from the iTunes Store.

“Boom Boom” Couples is a Seattle area legend. Merrilee Rush, Billy Mac’s wife, is another. Back in the ’60s, every teenage male in town had a not-so-secret crush on Merrilee, who at that time fronted her own band, The Turnabouts. Baby boomer readers from the US likely remember her Grammy-nominated, monster hit song from 1968, “Angel of the Morning.” Rumor has it that, hoping to capitalize on Merrilee’s sudden fame, later that year songwriters John Hurley and Ronnie Wilkins presented her with a new tune they had just written, “Son of a Preacher Man.” Merrilee’s manager at the time didn’t like the song and convinced her to wait until something better came along. (Be aware, most music historians say Hurley and Wilkins wrote the song for Aretha Franklin, not Merrilee. I choose Merrilee. But then, I’m admittedly biased.) 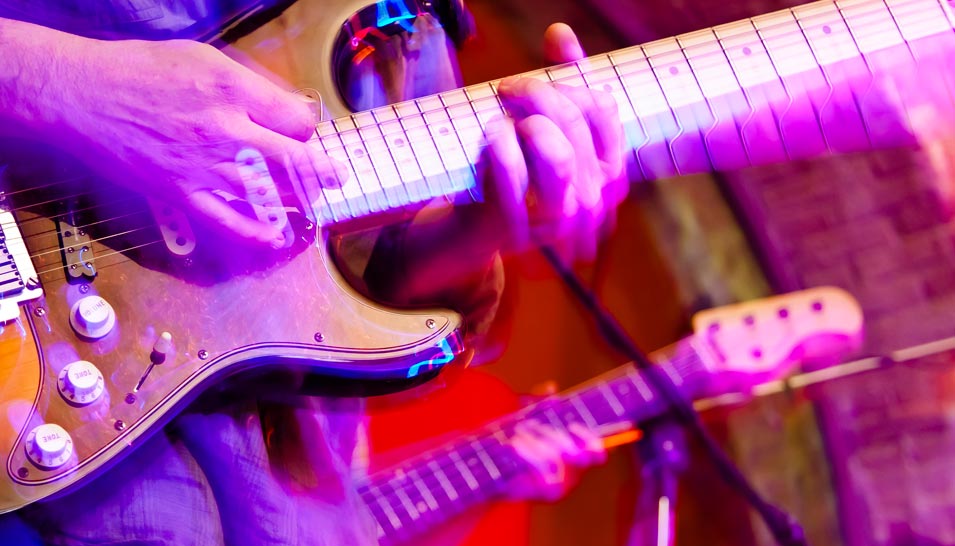 Instead of becoming Merrilee’s next smash record, “Preacher Man” was recorded by British singer Dusty Springfield, rose to #10 on the Billboard charts in the US, and appeared as a track on what many critics consider one of the greatest albums in the history of pop music, “Dusty in Memphis.” Meanwhile, back in Seattle, Merrilee Rush never again scored a hit on the scale of “Angel,” releasing a string of singles that merely “bubbled under” in music parlance, failing to reach the charts. Her alternate fate was to be consigned to a place of honor on the long list of rock-’n’-roll one-hit wonders from the ’60s like Procol Harum with “Whiter Shade of Pale,” Kyu Sakamoto with “Sukiyaki,” and Richard Harris with “Macarthur Park.” Anyone who’s ever heard her perform live can tell you what a travesty that is.

When Merrilee Rush takes the stage and grabs the microphone, she electrifies the venue with her energy and talent. In her own unique and charming way, she’s the Pacific Northwest’s answer to Tina Turner and Janis Joplin. According to Merrilee, organizers of oldies-but-goodies concerts featuring better-known acts from the past like to book her to open their shows, knowing she’ll get the crowd warmed up like nobody’s business. I once saw her perform in Tucson, Arizona as the opening act for a concert headlined by Jay Proctor of Jay and the Techniques (“Keep the Ball Rollin’”; “Apples, Peaches, Pumpkin Pie”) and Freddie “Boom Boom” Cannon [another “Boom Boom”!] (“Tallahassee Lassie”; “Palisades Park”; “Way Down Yonder in New Orleans”; “Transistor Sister”). Freddie was good; Jay was great; Merrilee was best, the true star of the show.

In February 2003, Merrilee performed two songs as part of a tribute concert to Fabulous Wailers guitarist Rich Dangel, who had unexpectedly passed away in his sleep the previous November on the night of his 60th birthday. Dangel’s and the Tacoma-based Fabulous Wailers’ big claim to music fame was that they seized a Jamaican sea chanty set to a cha-cha beat penned by Richard Berry called “Louie Louie” and transformed it into a rock-’n’-roll anthem. The song gained widespread notoriety a few years later when The Kingsmen from Portland, Oregon recorded a cover version modeled after the Fabulous Wailers' cover version with indecipherable lyrics. The rumor that the lyrics were dirty (they weren’t) inspired the governor of Indiana to ban the song and invited the scrutiny of J. Edgar Hoover and a team of FBI agents. Thanks to Rich Dangel, The Fabulous Wailers, The Kingsmen, J. Edgar, and serendipity, “Louie Louie” has since vied with The Beatles’ “Yesterday” for the right to call itself the most recorded song in the history of rock music. At last count, both tunes can safely lay claim to over 2,000 known cover versions—and their numbers continue to grow.

As our Father’s Day gift to dads among our readership—and to all other interested readers as well—AXP offers here a YouTube link to a recording of Merrilee Rush performing two rocking versions of country music standards from that February 2003 Rich Dangel Memorial Concert, Wanda Jackson’s “Let’s Have a Party” and Billy Ray Cyrus’ “Hey Elvis.” As an added treat, we’ve attached to the the end of the video an ensemble rendition of “Louie Louie” from that same night featuring Merrilee and two fellow Birdies, with guitarist Larry Coryell performing the bridge and assorted original members of The Kingsmen, The Fabulous Wailers, The Ventures, The Sonics, and other well-known bands from the Pacific Northwest’s musical past carrying the tune.

Please note, the two female singers backing up Merrilee on “Party” and “Elvis” are fellow members of “The Birdies” while the man on the keyboards for those tunes is none other than Billy Mac himself. Please also note that these videos are raw—they were recorded on a hand-held DVD camera, and their so-so quality betrays their humble provenance. Still, raw though they may be, they capture the primal energy and enthusiasm of a performance by Merrilee and Billy.

Readers interested in hearing some snippets of Billy Mac—“The Bard of Golf”—performing his golf songs with Merrilee Rush and her fellow Birdies backing him can find them online:

Click Here to View Billy Mac's Tee It Up Show

Perhaps you’ve been fortunate enough to witness him perform his golf songs in person at a golf venue somewhere or other. If so, consider yourself fortunate.

To all readers who are fathers, and to the fathers of all readers, the staff at AXP would like to wish all of you the happiest of Fathers Days. And good luck to any of you who take to the links in your own personal celebration of this day of days for dads.

The following lyrics are from Billy Mac's, "U.S. Open Sunday":

U.S. Open Sunday, Father’s Day again,
Boys from eight to eighty-two gon’ dream about their way back whens.
And later on today, the champ will lift the cup in kind,
But I will have a different kind of champion in mind.

U.S. Open Sunday, Father’s Day today.
Thoughts of Stewart, Fleck, and Hogan carry me away.
And as the setting sun sinks low, a hero hoists the cup.
But the hero I’ll hold dearest is the one who brought me up.

And all the times I wouldn’t hear a single word you said.
Now I listen so damn hard to hear your voice inside my head.
Still every time I tee it up, those precious memories start.
You’re with me still…You’re in my swing…You’re in my heart.