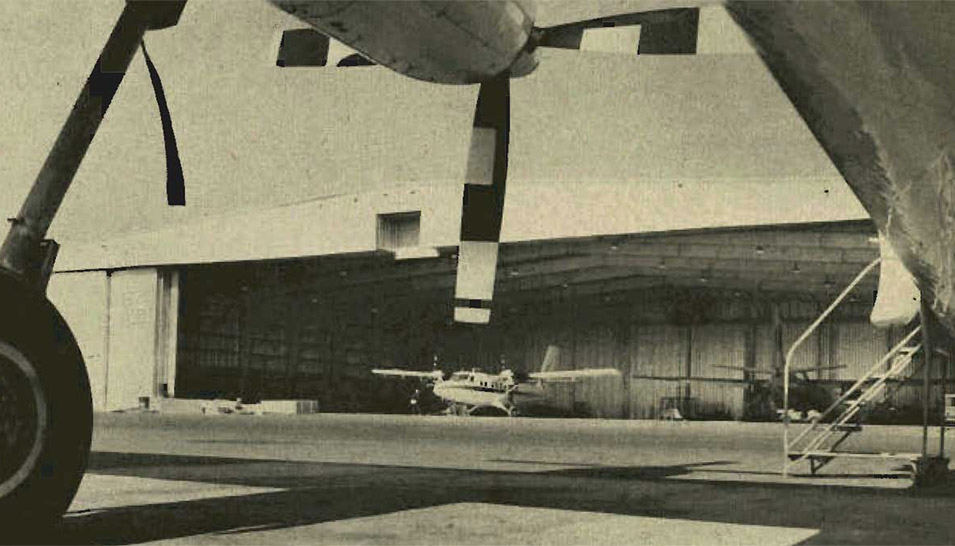 About 47,000 square feet of space for indoor aircraft maintenance recently became available for Aramco's growing fleet with the opening of the Aviation Department's new Hangar 3 at the Dhahran Airport.

To accommodate Aramco's growing fleet of aircraft, the Aviation Department's Hangars 1 and 2 at the Dhahran Airport now have a new counterpart — Hangar 3 — a modern facility providing good working conditions for the department's mechanics and the much-needed room to do indoor maintenance.

"Performing scheduled maintenance on the Aramco fleet presented no problems," said Marland W. Townsend, acting manager of the Aviation Department. "We maintain the fleet on a rotational basis; while one aircraft is in a hanger for its scheduled maintenance, another will be on line for servicing once the space becomes available.

"With the growing fleet, however, finding available space for maintenance did become difficult when aircraft required unscheduled servicing. Thanks to the new hangar, that's no longer a problem.

According to Andy F. Peerson, Aviation staff engineer who was in charge of the project, Hangar 3 was "built essentially to Aramco's specifications ... to the company's aircraft maintenance requirements.

"The new hangar can comfortably accommodate four of our aircraft for simultaneous maintenance," he added.

Customized features of the 210-foot-wide aluminum structure include automatic door openers and specifically insulated roof, walls, and doors to cut down on the internal heat. Total area covered by the hangar is approximately 47,000 feet.

Hangar 3 currently is being used for Aramco's seven Fokker-27s; other members of the fleet are four Twin Otters, three Grumman Gulfstream IIs, and two Cessna 550s. There are also 11 helicopters on lease from Arabian Helicopters Ltd. 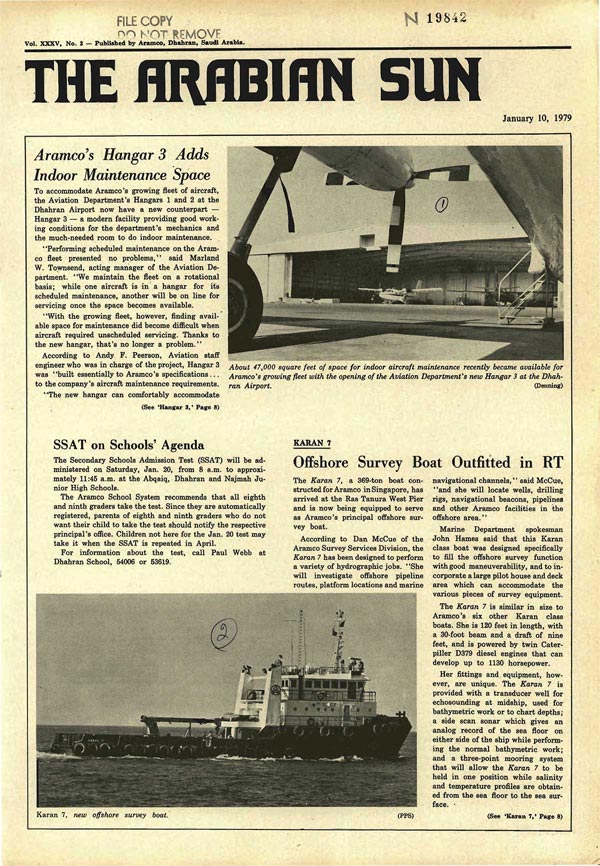