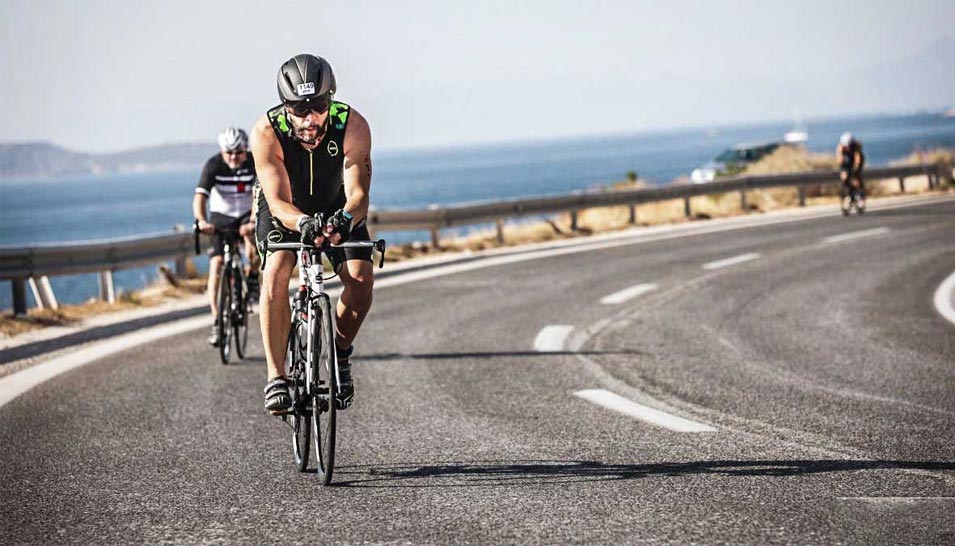 Aramcon Pablo Guizada was pleased with his recent finish at the Iron Man Greece (Athens) 2022.

Only the second he’d ever competed in, he was able to finish the 1,900 meter swim, 90 kilometer (km) bike, and 21 km run in good shape. But realistically, it was the sum of months of training, and, perhaps, even years of building up to the rigors of an Iron Man.

Each required many hours of training, but none compared to training for the Iron Man.

On the Road Throughout the Saudi Summer

Guizada, a reservoir engineer in Dhahran who hails from Argentina, spent about six months in training for the Athens competition, starting lightly and then building up his endurance and strength through the Saudi summer. To avoid the strong heat of daylight hours, he saved his most taxing workouts for the weekends and early morning hours.

“I usually trained hardest on early Friday mornings, starting at the very latest 5 or 6 a.m.,” said Guizada, who would log as much as 100 km on bike in and around the Dhahran community.

He also trained in Bahrain sometime when the weather was good, saving most of his cycling, running, and swim workouts for the evening hours. When the weather became unbearable, he also has a Tac X Garmin stationary bicycle to train indoors.

“On the weekends, I also swam in open water, mainly from Amwaj Island in Bahrain,” he said. “Swimming in open water was a big challenge for me, because I normally swim in pools rather than open water. And there is a huge difference, so, this was an important obstacle that I was able to overcome.” 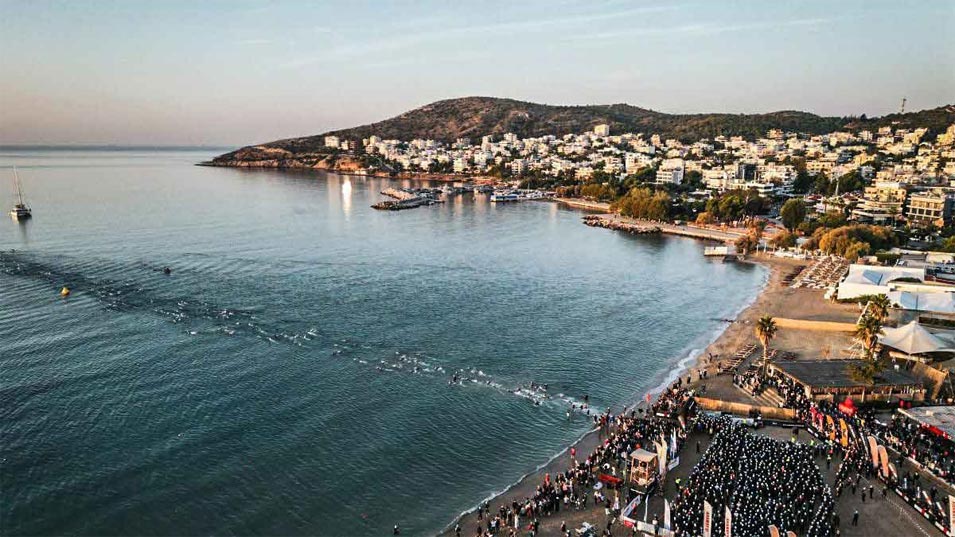 The Greece Iron Man competition begins off the shores of Athens.

It Takes a Village, But also a Lot of Alone Time

Guizada trains with a small team of fellow Latin expatriates who often schedule time together. And he also consults with an online triathlon coach from Spain who guides him on how to adjust his training based on his performance and times.

However, most of his training is done alone.

“At the beginning of my journey in the triathlon world, I learned that you have to put a lot of focus on training and make it a priority during the week,” he said. “Training for the Iron Man requires extraordinary time and effort on a daily basis for hours at a time, so I’ve had to stop doing a number of other things.”

Getting the Proper Fuel

As important as focus and dedication on the roads and waterways is eating properly.

“I usually eat plenty of good salads and fruits for lunch, and at dinner, I try to eat more proteins such as meat. And sometimes carbohydrates such as pastas,” he said. “It’s very important to be well-hydrated during both training sessions and races to prevent cramps.”

The other key training trip: get your sleep.

“Having proper rest daily is crucial,” Guizada said. “You need a minimum of eight hours every night.” 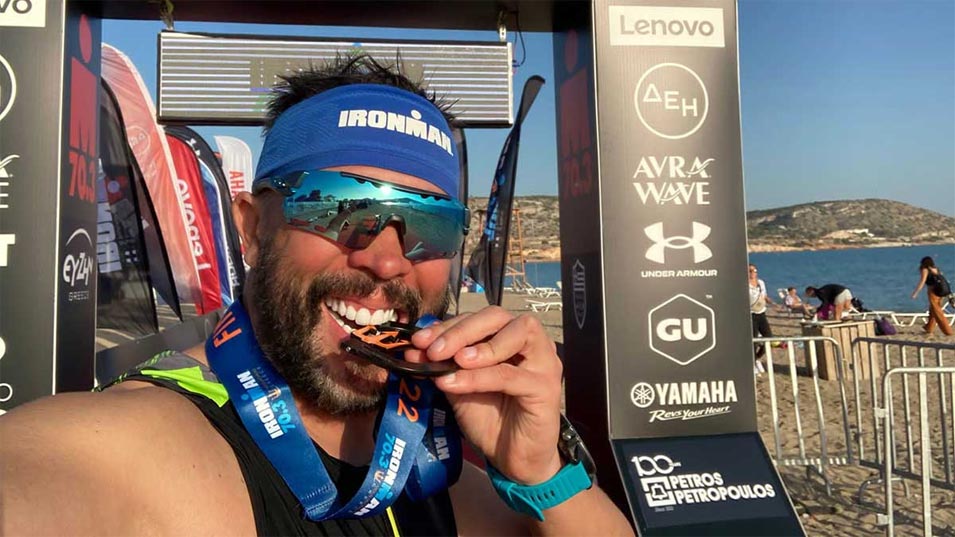 A Feeling of Accomplishment and A Little Advice

Guizada said the sacrifice in the form of the hours of arduous training and work was all worth it in finishing the race.

“I’m no pro or an elite athlete, so for me, I was happy just to finish the race in good shape. The course featured a lot of steep hills, and foreigners like me suffered a lot. Still, I was comfortable with my performance, especially on the bike,” he said.

And while Guizada admits the remarkable commitment it takes to compete at this level, he encouraged his fellow Aramcons who are interested to take the plunge.

“The key is starting small, maybe with triathlon sprint events, and use them to prepare for longer distances and to become familiar with the proper equipment and sportswear,” Guizada said. “And if you want to reach the Iron Man level, I strongly recommend getting a coach who can help you progress faster and more efficiently.

“For those interested, I really recommend it for both the health benefits and the feeling of accomplishment it brings.”