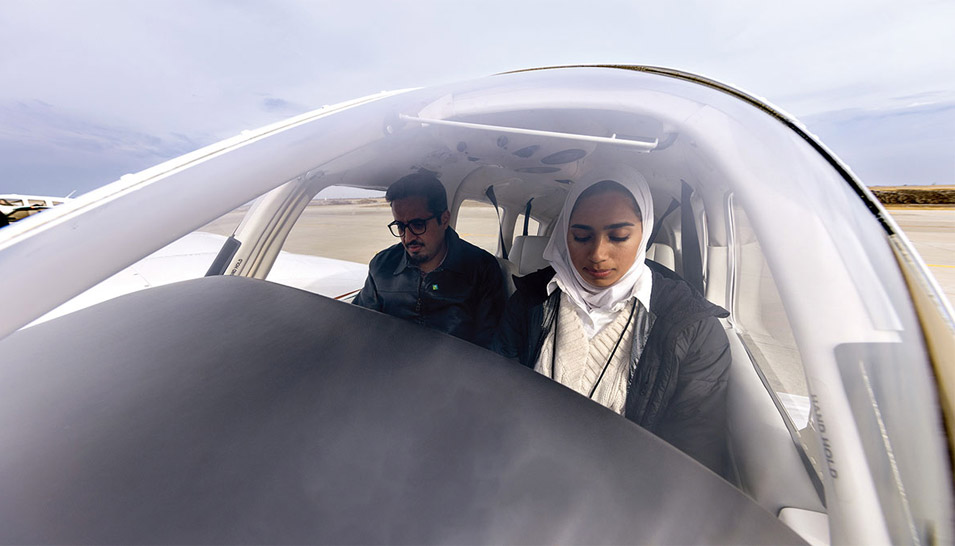 Waheed A. Alwadiee and Dareen A. Alsaleh go over the preflight checklist before take off.

Four ambitious, talented women share their experience of being the first to be sponsored, trained, and employed by Aramco to become qualified pilots, and encourage others to follow them into the sky.

From the boardroom and oil field to the laboratory, Aramco employs women to work alongside men doing some of the most demanding jobs asked of anyone. The company can also boast four fully qualified female pilots — the first to be trained, sponsored, and employed by Aramco.

“We are delighted for the successful graduation of our first fully qualified female pilots, who will take their place alongside their 180 male colleagues. This program has been over 10 years in the making and we are extremely proud to have pioneered it," said Aviation manager Khalid H. Alnatour.

“There is no doubt that these first four young pilots will be role models and a catalyst for more women to enter the program. We are extremely proud of what Ahlam, Arwa, Fatimah, and Dareen have achieved.”

“Aramco has been a beacon in the region for diversity and inclusion. What makes us stand out is the level of diversity we have,” says Waheed A. Alwadiee, chief pilot at Aramco Aviation.

From the Classroom to The Skies

Fatimah S. Alghamdi, Dareen A. Alsaleh, Arwa A. Aldakheel, and Ahlam M. Alsubaie spent two years studying at the University of North Dakota in the U.S., where Alwadiee himself also qualified as a pilot. It’s meant being away from home, following an intensive course, and passing stringent exams. And, of course, swapping the extreme heat of the Gulf for the extreme cold of the Upper Midwest, where it can get down to -20°C. None of it has been easy, but all has been rewarding. 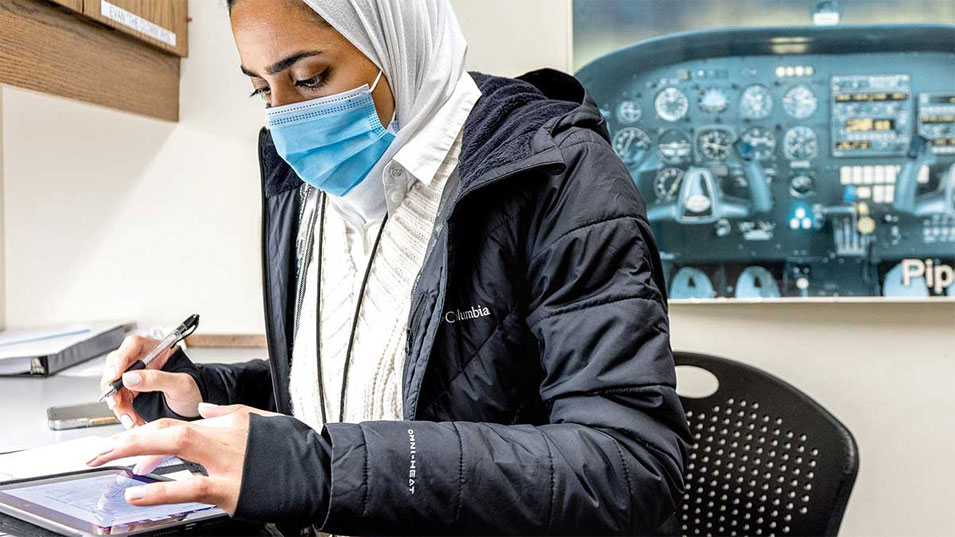 “Being a pilot is such an extraordinary and rewarding job, where every day is a new challenge,” says Alsaleh, shortly before she takes her place among the Aramco pilots who fly some 800,000 passengers and their families every year.

With one of the largest corporate fleets in the world, Aramco’s Aviation Department offers these women — and those who will follow in their footsteps — a dynamic career. Why these women first? Their backgrounds in engineering (civil and electrical) and computing, as well as their driving ambition and capacity for hard work, made them well qualified to become the company’s pioneering female pilots.

“Besides having a civil engineering degree, and working in that field, I had previously flown in the UK … this felt like a destiny call,” says Alsubaie. 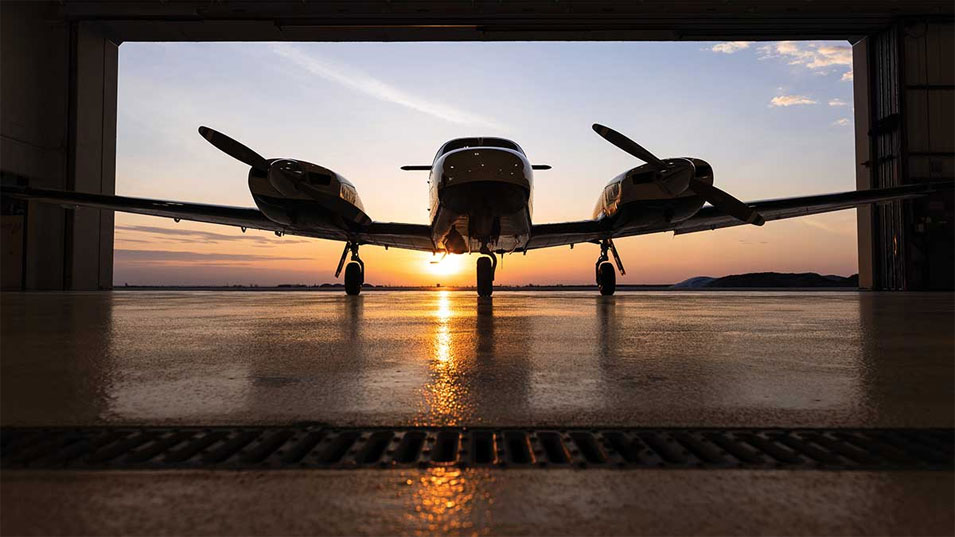 Subzero temperatures, especially in the early morning, are just part of the rigors of the training in the U.S.

Well qualified as they are, all four found the course challenging and worked hard to excel. They had to confront limitations imposed by COVID-19 restrictions during training, prepare for the enormous responsibility of their passengers’ safety, and learn to process the huge amount of information constantly thrown at a pilot during a flight. The women are rightly proud of what they have achieved and have loved the experience.

“The training has been awesome and unforgettable. Even though the multitasking aspect of flying puts you under pressure, it is satisfying. Once a flight is over, I’m left with a sense of accomplishment,” says Alsaleh.

Alghamdi agrees, adding: “The sights, the sounds, the sensations from the cockpit are ineffable. Not to mention witnessing the spectacular natural phenomenon of the evolution of the sunset and sunrise colors on partially cloudy days.”

These pioneering pilots are opening up an exciting new path for women and Aldakheel acknowledges the opportunity has already changed her life. An engineer by training, she never dreamed that she would be a pilot. Before signing up for the course she’d never been to the U.S. “I can honestly say that I never thought I’d be where I am today — Alhamdulillah.”

Alghamdi sees herself becoming a captain, still at Aramco, as well as being a qualified flight instructor, helping others to achieve what she has. “I want to teach other females to take their first steps in the world of aviation,” she says.

Alsaleh also hopes to be part of a movement that gets more women to qualify as pilots and has set her sights on flying internationally. “This will add so much to my experience and knowledge as a pilot, especially as every country has its own set of aviation regulations,” she adds.

Alsaleh points out: “In aviation, women proved themselves capable a long time ago,” perhaps referring to Amelia Earhart, Bessie Coleman or Amy Johnson, all pioneers, before adding: “Aviation … made me recognize my abilities.”

Alsubaie sees aviation in a similar light as other male-dominated industries.

“We make our way through despite the obstacles, and I have always been proud of every woman who accomplishes her dreams and ambitions, especially Saudi women.”

For Alghamdi, it’s simply a case of applying yourself and working hard. “If you have an interest in being a pilot, you are a hard worker, able to manage your time efficiently and you’re eager to learn, then you can easily succeed. Neither your gender nor your male colleagues will stop you.”

As to advice, Aldakheel sums it up perfectly: “Just go for it.”