Aramco Brats Get Together in Port Salerno, Florida

Aramco Brat, Doug Grant, hosted a cocktail and dinner gala at the waterfront restaurant, Shrimpers Bar and Grill, in Port Salerno, Florida on April 20th. Nine Brats and one honorary Brat were in attendance. 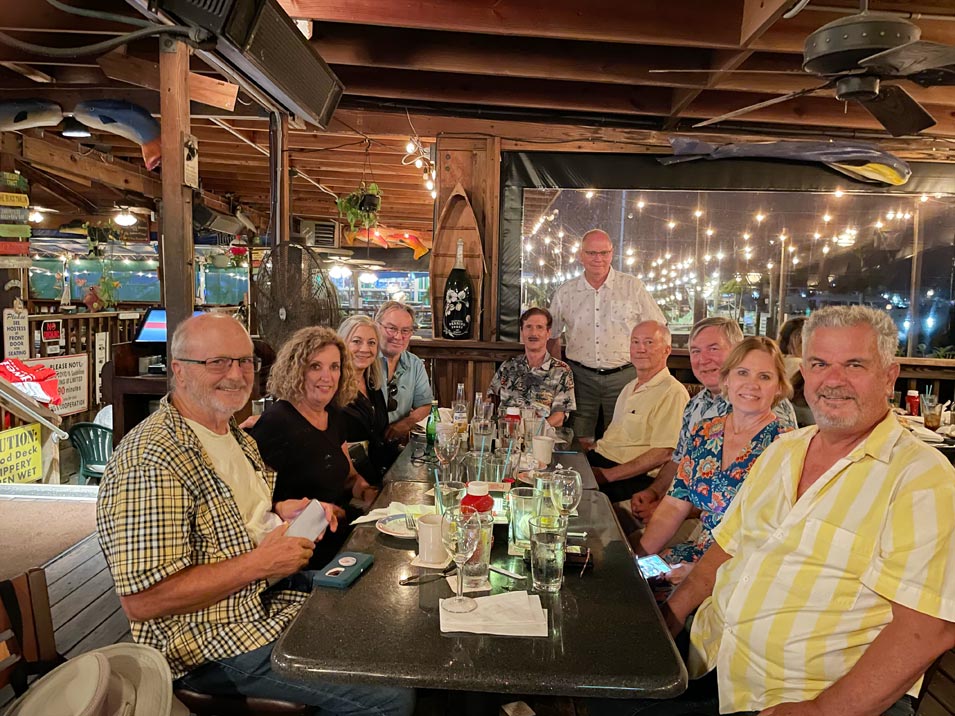 Captain Doug and his two Brat " deckhands, " Bob Pieksma and Brian Dowling, are sailing his 40-foot motorboat down to Fort Lauderdale and Miami, and then across the Florida Straits, 70 miles to the Bahamas. Doug plans a 3 to 4-week boating adventure, weather permitting. 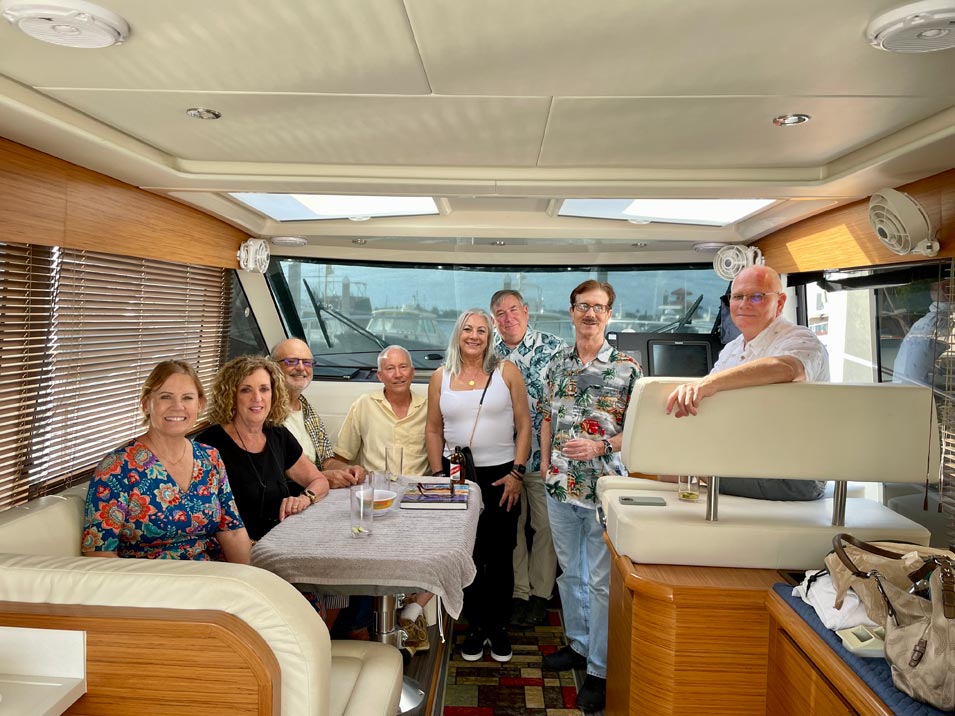 The photo above shows Aramco Brat, Captain Doug Grant (far right), giving all of us Brats a tour of his 40-foot boat that sleeps 6 very comfortably. Doug had the boat built in Hungary five years ago.

Doug, Bob and Brian hope to be back on the East Coast of South Florida again around October and another reunion will be planned.