Ahoy! Would You Like to Play Mah Jongg While On the 2022 Hafla Reunion Cruise? 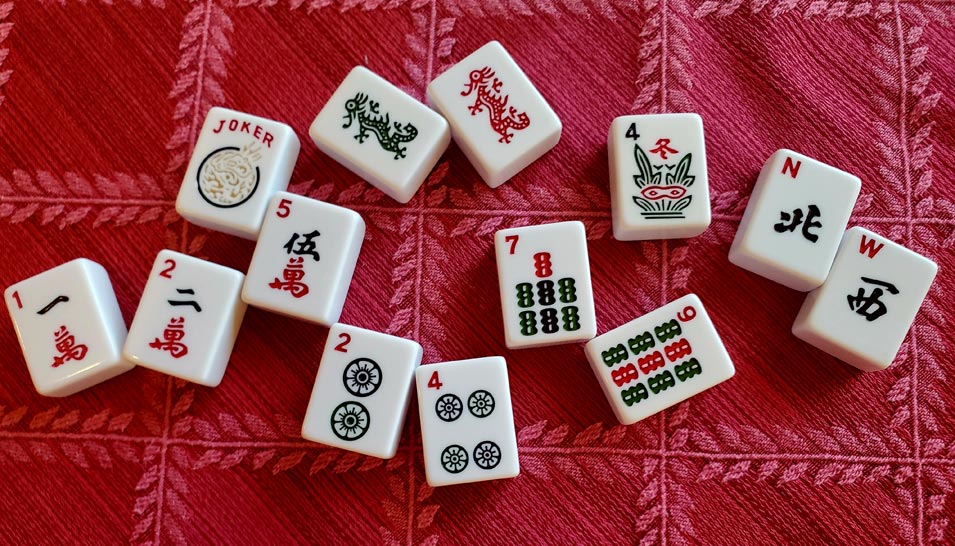 Have you ever played Mah Jongg on the computer? It's a type of match game played with Chinese tiles. I've played it on occasion but it certainly didn't look like the active game that I saw being played in Chinese parks. Besides, I have a terrible memory for any type of matching game, so when given the opportunity a couple of years ago, I resisted the offer to learn Mah Jongg with a local group. Two years later a friend persuaded me to attend a game, and I discovered it was nothing like the computer match game. It was actually more akin to many card games and requires skill and luck in roughly equal amounts. I also learned that there are many versions of Mah Jongg. I was introduced to American Mah Jongg, a game I currently enjoy and teach to others. 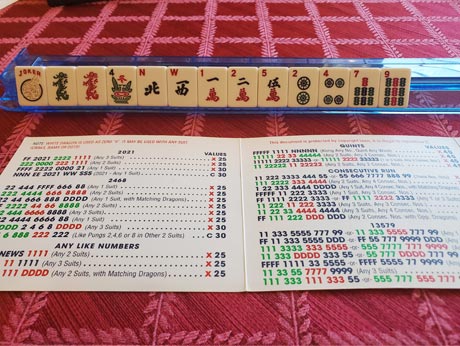 American Mah Jongg is played with tiles instead of cards and there are three suits instead of four. The suits are Bamboos (Bams), Chinese Characters (Cracks), and Dots. Extra tiles like Winds, Dragons, and Flowers are not suits but play an important part in many Mah Jongg hands. As in many card games, there are jokers which can stand in for suit tiles, winds, dragons, or flowers to make the game more fun and interesting. The tiles are passed around from player to player before the game starts in a "dance" called the Charleston. The eliminated tiles from one player's hand become the foundation of another player's hand. 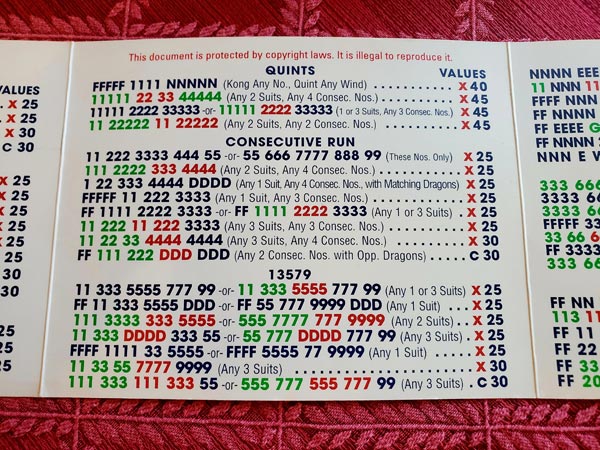 The object of the game is to make one out of 60+ hands designated each year by the National Mah Jongg League. Because of the variety of possible hands and the fact that they change every year, the game stays fresh and interesting. I love the idea that the game resets every year so that beginner and experienced players are on a more level playing field.

Vicci asked me to run a game on our reunion cruise which I am happy to do. If you already play Mah Jongg, please bring your 2022 Mah Jongg card. If you want to learn how to play or just see how Mah Jongg works, come observe a game. We will announce a time to play once onboard. I am looking forward to seeing everyone. Bon Voyage!