The 1974 Little League Series began with an appearance by Aramco's chairman of the board. 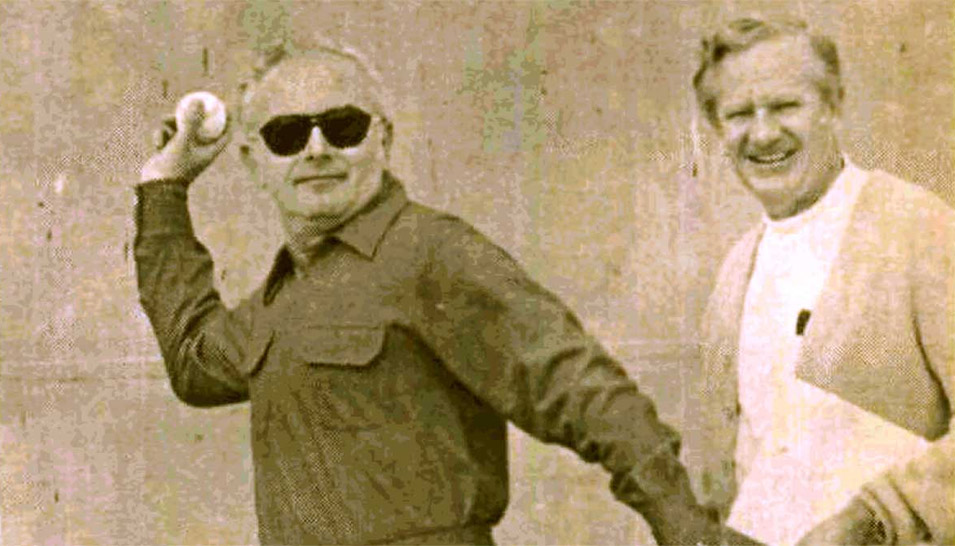 Aramco chairman of the board Frank Jungers exhibits major league form as he throws out the first ball to open the 1974 Arabian Little League series at King's Road Stadium in Dhahran.

After congratulating the men and boys of the league on their sportsmanship, and the quality of their play, Jungers expressed the hope that the boys would be favored by clear skies, sticky gloves, high batting averages, clear eyes, and warm-hearted officials. 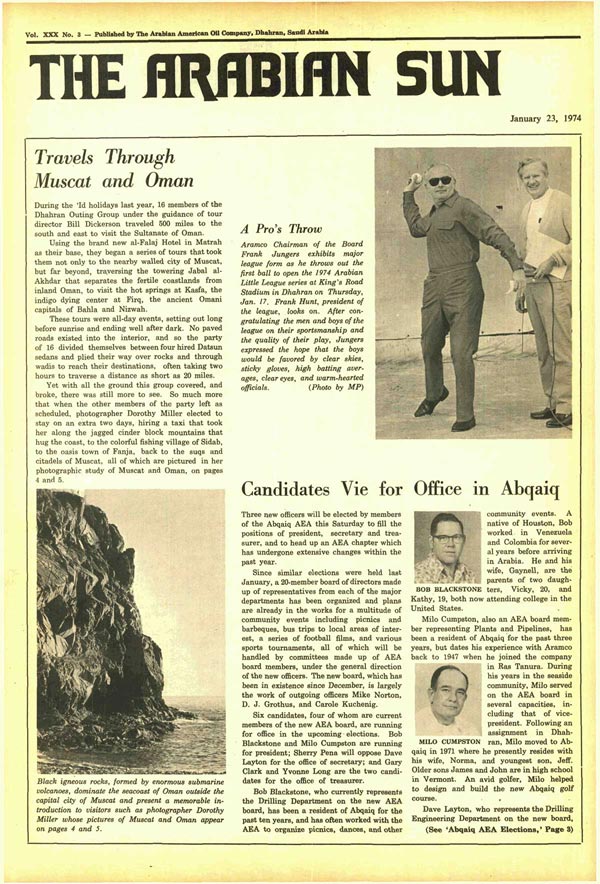