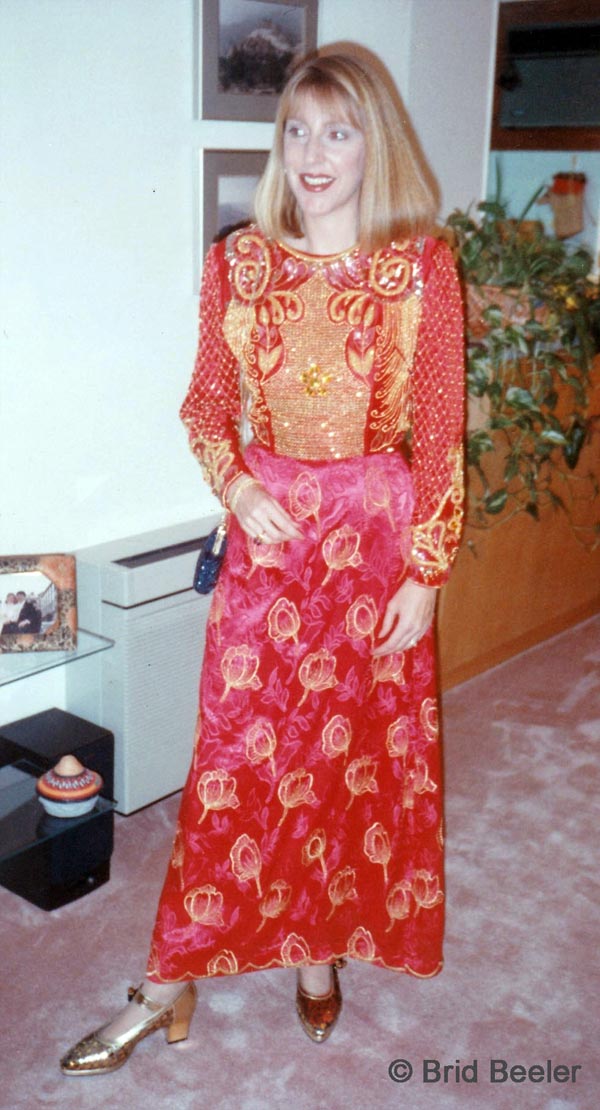 In the mid-1990s, Cordoba compound was opened in Riyadh. At that time, it was at least a 30-minute drive to get to the city center, with roads devoid of traffic, yet far out from the center of activity. It seemed a world apart from the heart of a bustling Sulamaniya/Olaya district we had come to love, where we were able to walk to Thalateen street, the Champs Elysees of Riyadh at that time. The big draw was the Turkish restaurant, still there today serving up some of the best food in the Middle East. It had a loyal following both with expatriates and locals alike.

So, now being far from the center of activity, someone came up with the idea of a fancy dress party. It was to be a party like no other. We called it the “Best of Batha” and all those attending would try to replicate the diversity of dress seen on the streets and in the souq in Batha, the older downtown area of Riyadh and home to many nationalities.

For those of us trying to understand Arab dress, the party became an all-absorbing concept. I began to look at dress in a vastly different manner, focusing on the significant cultural identities attached to each style. A friend suggested that the best place to go and find some discarded ‘princess’ dresses was in Al Haraj, the second-hand souq situated south of Riyadh where all manner of items were sold. Sure enough, there I found dresses of all sizes and colors. Some quite bold in design and color, others more subdued. I trolled through the piles of dresses all in a jumble on blue plastic tarp having no idea what I would find and if anything might be suitable. But the price was right and so I chose a pale green dress that looked like it came right out of Gone with the Wind and a red dress that glittered and sparkled like it was made for a night at the Oscars on Hollywood’s red carpet. I cannot recall what the third dress looked like but suffice to say that this purchasing exercise did not break the bank. I paid the equivalent of $20 US for the Hollywood style dress and $10 for the Gone with the Wind Scarlett O’Hara style pale green and $5 for the third dress. Size did not matter as there were souqs of tailors to be found all over the city and it was just a matter of having the dresses altered to fit appropriately. Invariably, the tailoring of the dress cost more than the actual purchase price. 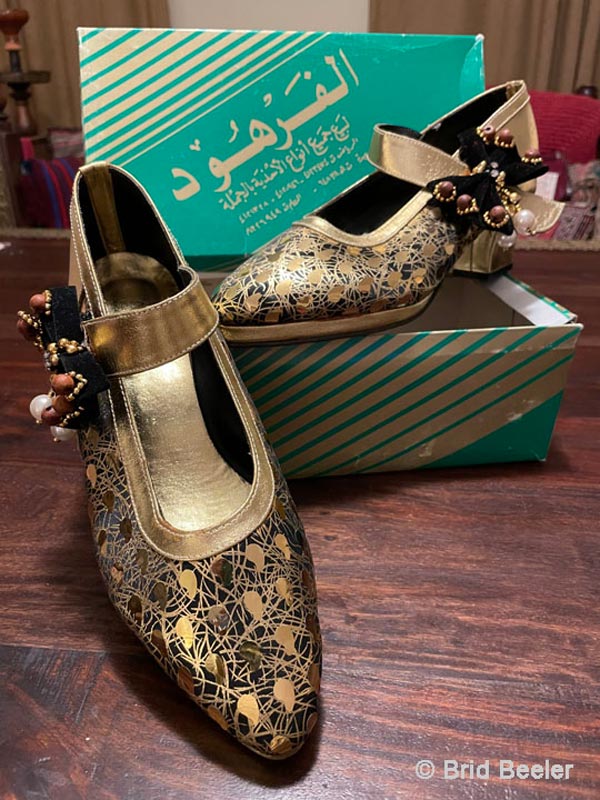 Once home, the dresses were submerged in water in the bathtub and allowed to soak for an extended period to remove the dust and debris accumulated from laying on a tarp on the ground. When I could finally try them on, I reviewed the prized items and decided that the Gone with the Wind style was not becoming, but the Hollywood Oscar red carpet style dress had great potential. Off to the tailor and a week later, voila! I was ready for the big night at the “Best of Batha” party. Now shoes had to be purchased for the occasion and so off I went to purchase the shoes which I still have to this day, only ever worn on this occasion. They nearly killed me, but comfort was not part of the equation. Shoes befitting the dress was the priority.

The party itself was like no other, a night to remember and revel in the diversity of the cultures we lived among. Almost four years ago facing into another international move, it was time to cull the closet. In doing so, I parted with the Hollywood style dress in an upscale secondhand boutique outside of Washington DC where I received the princely sum of $250 for my Red-Carpet Oscar-style dress!