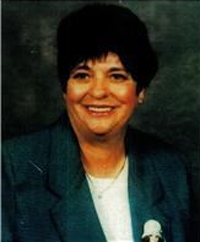 Zada was born August 26, 1935, in Kirksville, Missouri the daughter of Harry C. and Virginia (Netterfield) Stanley. She was the sixth born of eleven children. She was united in marriage to Lester L. Lindquist on April 29, 1955 in Kirksville, Missouri. They made their home in Albuquerque, New Mexico until they moved to Saudi Arabia in 1967.

Zada, a twin, was reared in Kirksville and graduated from Kirksville High School with the Class of 1953. She went on with her education and attended the Business School in Albuquerque where she received a scholarship and worked as a bookkeeper until her baby was born. Later she went back to work for another year at the company in Albuquerque. In 1967, Zada and her husband and son, Randy, moved to Saudi Arabia where Leon was employed by Aramco (Arabian American Oil Company).

Zada was employed with Aramco in the Eastern Province of Saudi Arabia. She worked in the Export/Import department for several years. She left Saudi Arabia in April 1985. She was proud to have been elected and a member of the Board of AEA (Aramco Entertainment Association). The Lindquist's lived in several cities while in Saudi Arabia-Dhahran, Abquiq and Udhailiyah. Her son attended high school at Judson School of Scottsdale, Arizona and then college at Arizona State University in Tempe, Arizona for his college degree.

Zada and Francis were married March 14, 2002, in Amarillo, Texas. The met twenty-two years ago on a Amtrak train tour into Canada via Rail Canada. The have been married for 20 years as of this year. Their home for the last twenty years was in Kirksville, Missouri and Amarillo, Texas. The were avid travelers all over the United States via Amtrak trains, fishing, cooking (Zada was a great cook). She enjoyed shopping, jigsaw puzzles and family genealogy. She and Francis enjoyed all types of sports, (she was an excellent bowler while in both Albuquerque and Saudi Arabia). Also, special to Zada was their little dog, Joey.

Zada was very devoted to her loving husband Francis. She was a good wife, a great mother and grandmother to her two grandchildren Rachel and Alex. She loved taking care of them and spoiling them with lots of love. She loved Rachel and Alex who were the light of her life. Zada loved people. She had a heart brimming with love for others and a strength born of Faith with a gift of God in her heart and is a child of God. She has also had a wonderful friend over the years since 1967 that she met on the airplane on her way to Saudi Arabia (her husband was already in Saudi Arabia). The became best friends for all these years-Jo Mehl.

Zada wanted to mention a special thank you to these three men: Her brother-in-law, William R. "Bill" Perkins, (Mada's husband), and to Francis' brother-Jim Hamilton of Kirksville and Daryl Hamilton of Unionville. She said she couldn't have done without them over the years. They were very special to her, and they thought the world of Zada. She loved all her nieces and nephews and cousins. She was baptized a member of the Church of Christ along with her younger sister Judy Mae in June of 1954. Following her return from Saudi Arabia she attended the Halliburton Church of Christ.

Zada was a "great sister" for the family. I know - she was my twin sister.

Funeral services will be held 11:00 a.m. Thursday, July 28, 2022 at Travis-Noe Funeral Home in Kirksville, Missouri, with family receiving friend for one hour before service time. Interment will follow the service at Novinger Cemetery in Novinger, Missouri.

Expressions of sympathy in memory of Zada may be made to the Cal Farley Boys Ranch and may be left at or mailed to Travis-Noe Funeral Home, P.O. Box 306, Kirksville, MO 63501.