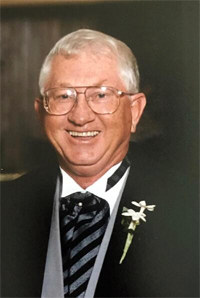 Growing up, Ralph lived in Baltimore, MD and Clarksburg, WV. Along with his parents and brother, Breen, the family moved to Saudi Arabia in 1953 where his father worked for Aramco Oil Company. He spent three years in Abqaiq Elementary and two years at the American Community School in Beirut, Lebanon. He played on the first organized baseball league in Saudi Arabia. The family then moved to Memphis, TN where he attended Memphis Central for his senior year and graduated in 1956. Ralph attended the University of Tennessee, Knoxville, graduated with a BS in Liberal Arts, and was a member of Lambda Chi Alpha. While there, he met Stephanie on a blind date. They were married on August 29, 1964. He enrolled at Memphis State and began working on an accounting degree while working for the city of Memphis monitoring infant vaccinations. He and Stephanie moved to Dallas, TX where he worked for the Dobbs Toddle House restaurant as an assistant city manager of thirteen stores.

Ralph was drafted into the United States Army in February of 1967 and was stationed at Fort Richardson in Anchorage, AK. While serving in the Army, Ralph continued his schooling and graduated with a BBA in Accounting from the University of Alaska at Anchorage. Stephanie joined him in December of 1967, where she began teaching at Chester Valley Elementary. After a two-year commitment in the Army, they moved to West Memphis, AR, where he began working for the CPA firm of Dodge and Clinton. In January of 1972, Ralph and Stephanie moved to Murfreesboro where he worked at Davis, White and Associates. He was a partner in Jobe, Turley and Associates from 1986-2001. He then became a partner at Dempsey, Vantrease, and Follis and retired in 2018 from Jay Grannis, CPA.

Ralph and Stephanie raised their two children, Lauren and Rob, in Murfreesboro and were married for 56 years until Stephanie’s death in September of 2020. Ralph coached Lauren in basketball and Rob in soccer. He believed that everyone should have the opportunity to participate, regardless of the final score. He and Stephanie were members of the Reeves-Rogers PTA and supported Stephanie’s many student trips and other community endeavors. Ralph was an avid sports fan of golf, football, baseball, and basketball. He was a lifelong supporter of the UT Vols, Boston Celtics, and the Boston Red Sox. He loved statistics and followed high school basketball and football teams throughout Tennessee especially the students who were to attend the University of Tennessee, Knoxville. He attended First United Methodist Church and was an active member of the Lillian Branson Sunday School class for many years.

Ralph’s granddaughters were absolutely his pride and joy, and you would often find him attending their choir concerts and musical theater productions. Pops, as he was lovingly called by Ellen and Mary Lauren, was in awe of their artistic and musical abilities and was tremendously proud of them both. Ralph will be remembered for his big smile and laughter, as a devoted and loving husband to Stephanie, a supportive and wonderful father, a proud and doting Pops to his girls, and a kind and dedicated friend to many.

The family would like to extend their gratitude to the wonderful staff of Community Care of Rutherford County, Adams Place, Ascension Saint Thomas Rutherford Hospital, and most recently Encompass Rehabilitation Hospital in Franklin, Tennessee for their great care and respect shown to Ralph.

The family requests memorials be made to First United Methodist Church or to the Charity Circle of Murfreesboro.