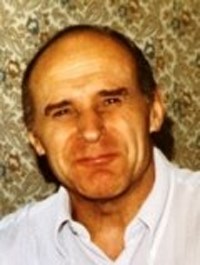 William "Willie" or "Chris" Dinges , age 92, a resident of Balfour Senior Living in Louisville, CO since April, 2021 passed away Monday, May 10, 2021. He was a retired management analyst and system designer from Aramco (Arabian American Oil Company).

He was born December 14, 1928 in Hays, Kansas to Nick and Julia (Smith) Dinges. He graduated from St. Joseph's Military Academy in Hays, Kansas, and was a Second Lieutenant serving in the U.S. Marine Corps from 1951 to 1953. He was a graduate of Benedictine College earning a degree in Education, and later earned Master's degrees in Industrial Management and Business Administration. William enjoyed teaching, coaching, and genealogy.

In 1962, he married Marion Molander and they had four children: David, Kristine, Susanne, and Martin.