My beloved husband, Martin Levine, died of this terrible virus that is ravaging the world on April 19, 2020 in Maplewood, NJ. He was 93 years old and will be sorely missed. ~Rosemarye Levine

The following was written by Martin's son: 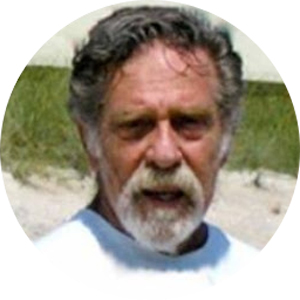 The ‘60s and ‘70s was his heyday. He was on the leading edge of American manhood at the time... he was very much like the characters in that 60s TV show I Spy... globetrotting while having to know just a little bit more than everyone around you. He was insular and unique but being unique was a hallmark of our family; you had to be. Growing up everywhere at once meant there were no rules. Or many rules. Many rules that changed as much as we changed locations. Which was always. My dad did not do typical things, no matter where we were. The way he made his own rules, sane, functional and rational, was the way he asked all of us to make our rules. But he did some weird stuff. 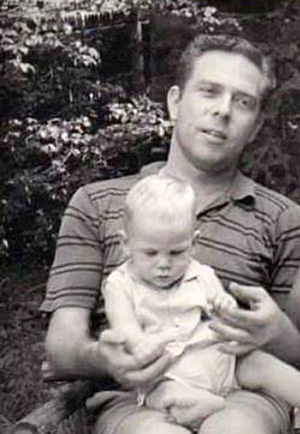 He listened to jazz on a reel to reel, played the game go (围棋), the newspaper stock market page was his favorite. There were generally interesting people around the house, friends made on the fly. Before on-demand everything, interesting people were the way adults entertained themselves. Imagine it’s the ‘60s and ‘70s and you meet people who've lived in many different parts of the world, are educated, are American (back when that meant something). My parents were people that people wanted to know. We were sort of a popular family in that regard. There was no Internet. It was what you held in your brain that gave you inherent value. My dad was always the smartest guy in the room. The only reason he wasn’t the smartest person was because my mom was with him always. And she’s wicked smart. She outgoing, him controlled. Both good looking. Both educated. Both smart. 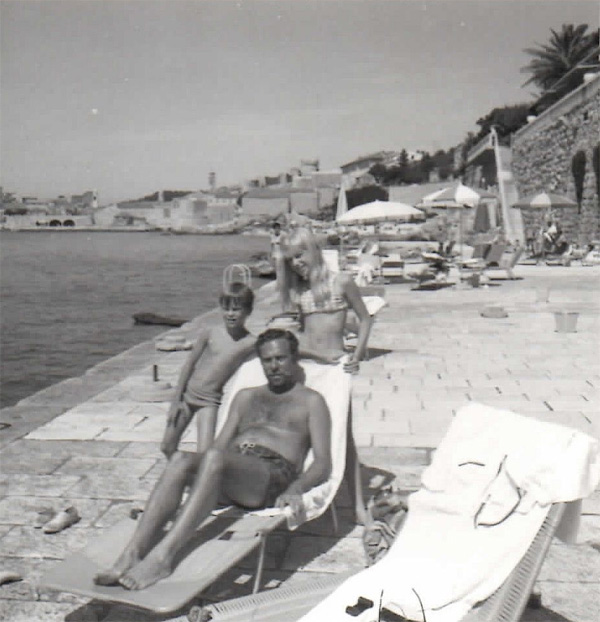 Moving as much as we did required intelligence and flexibility. My parents were marketing geniuses. We kids would be falling asleep to my mom and dad pouring over his next resume answering a want ad in the International Herald Tribune. Getting every word just right to best position him to land the job wherever it was, the Middle East, California, England, New Jersey... The job he got in ’66 was with the Food and Agriculture Organization, a part of the UN. Rome in the 60’s. It was like living in a movie. The world was their venue. And his skills were in high demand. Trained by IBM as a systems analyst backed with a Brown pedigree garnered from the GI bill—he enlisted at 17, Navy, in uniform during the tail end of WWII, never left San Diego. The systems analyst gig sent us anywhere and everywhere. This all back when computers were the size of refrigerators lined up taking up whole rooms, noisy, and all together with less memory than the phone in your pocket. 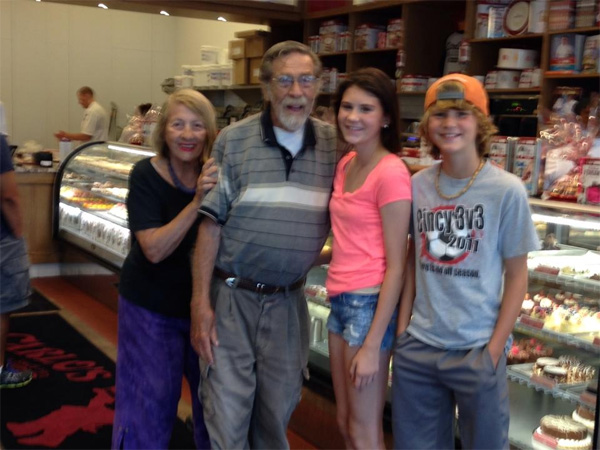 I never saw my dad afraid. I never saw him flustered. Not often angry. He knew he could get along with anyone and figure most things out. It gave him a quiet authority which had so little ego behind it you were just left with a nice guy. But he excelled at another form of intelligence. When the concept of emotional intelligence came out, in a book I think, he recognized himself immediately. He knew he had a high emotional intelligence. He was steady in a stubborn way. When things were falling apart, he held them together.

We lived everywhere. And it never mattered where we were—somewhere in Italy winding the Alfa Romeo Giulia to some tiny Italian town, downtown Tehran, gridlock in New York, dad was never lost. He navigated the globe without much effort. And he did it safely in some of the craziest driving cities in the world.

That was it. Solid. He didn't generally criticize. When he did it was generally nonverbal. But it held a lot of heft. When he gave me one of his looks, I knew it was time to rethink things. 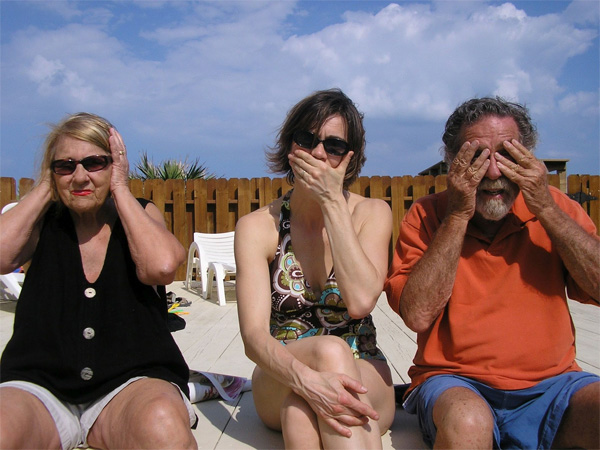 He told me on a couple of occasions in his mid-80s about how he felt like I was a good father; better than he was. He said it was obvious I spend more time with my kids than he spent with his. That I was engaged more. But my dad was earning a living. My children don't have the luxury of a stay-at-home mom. And my dad just wasn't built for child's play. He never really played sports. I remember once he threw a football when we were in Chatsworth, California. And I remember thinking, why does this guy not throw the football more? He's great at it! And the whole sports thing... I was adopted. Loved sports. My family; not so much. My parents were of that generation... sports seemed a lot like physical labor, which is what you did if you can’t think your way out of a paper bag. I remember dropping him off once, he must've been in his early 50s, and it was raining and he had to run to keep from getting wet. Again, amazed at how fast he was. And he was naturally ambidextrous. Just wasn't his area of interest. And that's an advantage I have, I told him: I don't play with my kids because it's fun for them. I play because it's fun for me. I'm not a better dad, just more selfish. I remember once in the 60’s we were at some sort of campgrounds, very unusual for us. We were not a camping family. At all. Anyway, he got involved in a volleyball game and he hurt his knee bad enough to limp away. I could see what was going through his head. "Why would anybody do this? It makes no sense. You put yourself at risk." Rational. I also remember being scared to death that somehow him hurting his knee was the end of the world. How would we survive? As kids we knew, without him the wheels fell off. 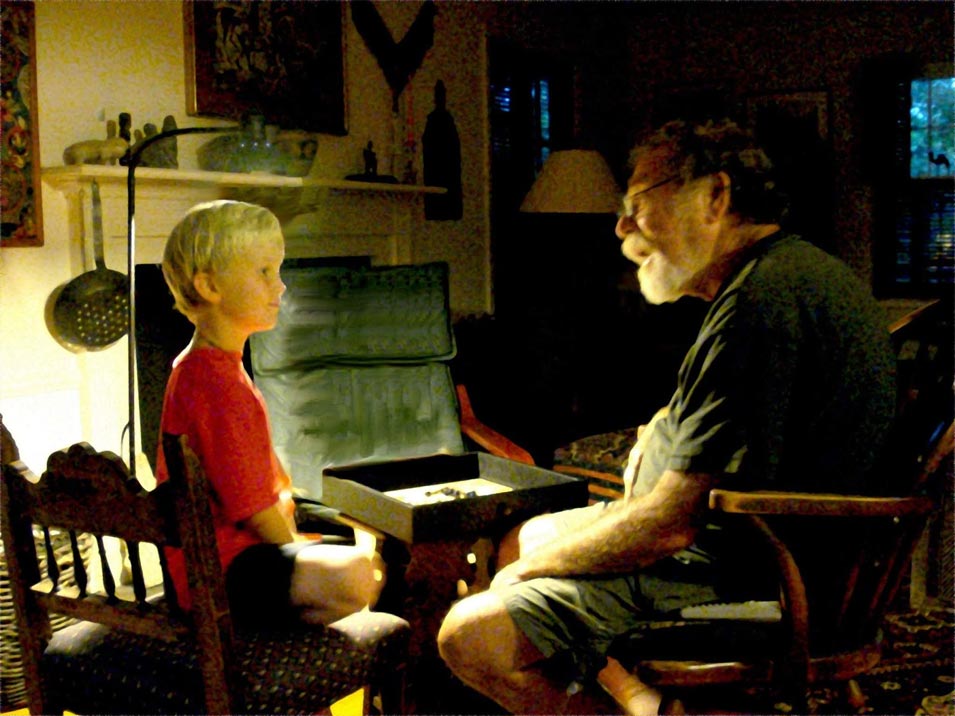 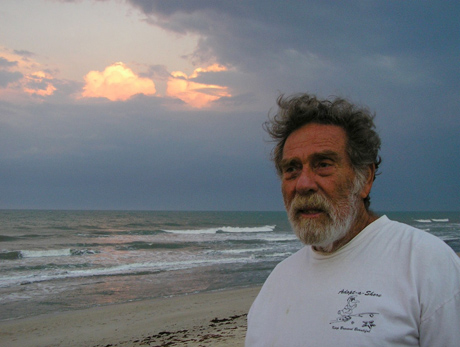 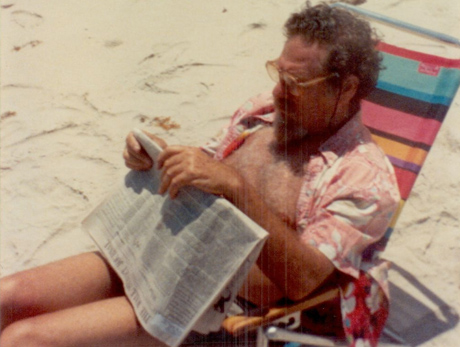 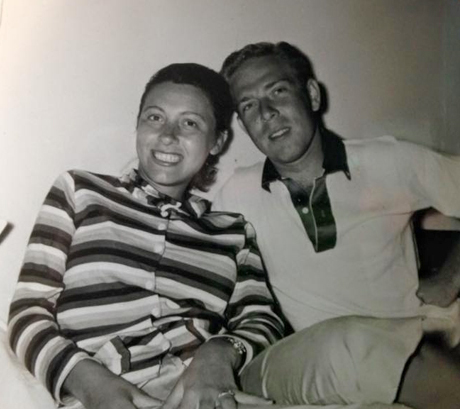 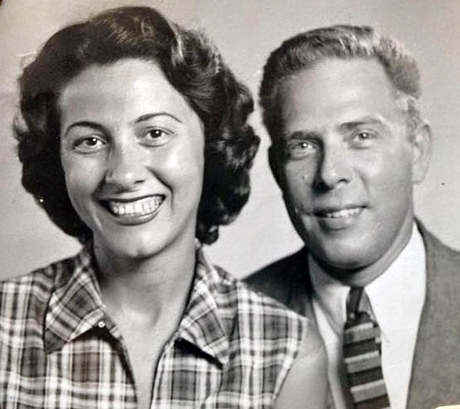