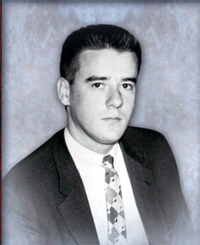 John Perry McGovern, died Thursday, November 28, 2019 in Houston, TX. Mr. McGovern retired from Aramco with over 42 years of service. He joined Aramco in 1952 at the New York Office. During the ensuing years, he has had a myriad of assignments in the Treasurer’s organization in Dhahran, New York and Houston. While in these locations, his positions have included manager of the Treasurer’s Operations Department, manager of the Staff Department, assistant treasurer of Aramco Oversees Company. He also served as a member of AOC’s Board of Directors. On numerous occasions he has also acted in the capacity of executive director of Aramco and Saudi Aramco Treasurers. He retired from Saudi Aramco as assistant treasurer – special assignment. Mr. McGovern is an alumni of the Brooklyn Preparatory School, St. John’s University, Brooklyn, New York, and Georgetown University, Washington D.C. While serving in the U.S. Army, he was assigned to the Seventh Regiment, Third Division and subsequently to the Office of the Joint Chiefs of Staff at the Pentagon. Kathleen McGovern was also a company employee in the early 1960s working in Dhahran for the Plants and Pipelines Department. Over the years she has been a member of the Dhahran Women’s Group and the Dhahran Art Group. When their children were younger, she was active in the AYSO, DYSO and Little League. She and Mr. McGovern were married in 1959. The McGoverns have three children. The two oldest, Kathy and John, were born in Saudi Arabia and the youngest, Thomas, was born in New York, Kathy is a graduate of Southern Methodist University in Dallas, Texas, and obtained her MBA at the University of Dallas, Kathy married Philippe Burlet in 1989. They are the parents of the McGoverns’ two grandsons, Patrick and Alexander. They live just outside Paris, France. John is also a graduate of SMU and received his master’s degree from the School of Business and Public Administration at George Washington University, Washington D.C. He is a captain in the U.S. Army Reserve and lives in Arlington, VA. Their youngest son, Thomas, like his brother, is a graduate of Valley Forge Military Academy and is completing his undergraduate work at St. Edward’s University in Austin, Texas. The McGoverns extend their very best wishes for continued good fortune to Saudi Aramco and their dear friends here and elsewhere in the world. Fi Aman al-Allah.