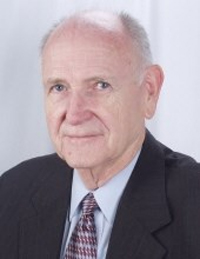 James K. Miller (Jim), age 91, of Wilmington, DE, went to be with our lord on December 23, 2021. Born in Saint George, W.V., he was the son of the late Hazel (Shoemaker) and Kenneth Miller. He proudly served in the United States Army during the Korean War and was stationed in Pusan, Korea as a member of the Signal Corps armed force unit. During his time in Korea, he attained the rank of Lieutenant. In 1968, he retired as a Captain in the W.V. National Guard. Following his time in the service, Jim went on to work as a Training Supervisor for Getty Oil before relocating to Saudi Arabia with his family to work for Aramco in the 1970s and 1980s. After retiring from Aramco, he received his realtor's license and worked as a real estate agent in the Delaware area.

Jim loved to visit his home state of West Virginia. He enjoyed working on home improvement projects of all kinds and even built one of the family houses himself. In addition to his parents, he was predeceased by his ex-wife Caroline (Riddle) Miller and his siblings Betty Hershberger and Phillip Miller.

Jim is survived by his children, Susan Foster (husband Robert, children Shannon & Robert Michael), Cindy Miller, James "Jim" G. Miller (wife Lisa, daughter Anna Lisa), Joseph Miller (wife Dawn, children Krystin and Joseph) Carol Quattrociocchi (husband Joseph, children Gregory (wife, Kathryn), Matthew and Morgan (husband Joshua). Four great grandchildren; and 2 great great grandchildren Demetrius and Kassius. Jim is also survived by his dear companion Joan Jones (JJ). Many times, he had said he did not know what he would do if he did not have this wonderful woman in his life with whom he could laugh and enjoy his time on earth.

A visitation will be held at the Mealey Funeral Home located at 2509 Limestone Road, Wilmington, DE 19808 on January 27th 2021 from 5:00-7:00 P.M, with funeral services beginning at 7 P.M. Burial will be held privately at the Delaware Veterans Memorial Cemetery. In lieu of flowers, donations may be made to the Tucker Community Foundation: P.O. Box 491 Parsons, W.V. 26287. Online condolences may be made to mealeyfuneralhomes.com.

To send flowers to the family of James K. Miller (Jim) please visit our Tribute Store.