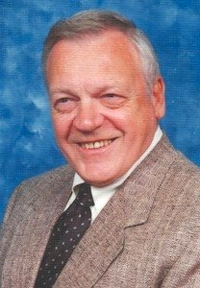 Colonel James D. Chandler (U.S. Army Retired), 89, of Elizabethton, Tenn., went to be with his Savior, Jesus, on Saturday, May 28, 2022, at Hermitage Healthcare Center.

James was born on June 13, 1932, in Jenkins, Kentucky, to parents, Paul and Myrtle Blizzard Chandler. After graduating from Jenkins High School, James won an appointment to the United States Military Academy at West Point, New York and graduated Class of 1954. A highlight after graduating from West Point was becoming a U.S. Army Ranger and earning his Airborne wings. His military career would lead him far from the hills of Kentucky. He was commissioned as a 2nd Lieutenant in the 11th Airborne Division Corps of Engineers stationed in both Frankfurt and Munich, Germany (1955-1958). He received a Master's of Civil Engineering from Texas A&M. He also spent time in Minot, N.D. surveying Minuteman ICBM silos (1961-1962). James proudly served two tours in Vietnam as an Advisor (1962-1963) and Battalion Executive Officer (1967-1968), part of his service being during the TET offensive. He was an engineering company commander at Fort Belvoir, Va. (1964-1965). James was also a professor of Military Science at the Citadel in Charleston, S.C. (1965-1966). He attended postgraduate school in Fort Leavenworth, Kansas (1968) and shortly after, in 1969, he served as a Battalion Commander in Uijeongbu, South Korea. James went on to become a staff officer with Supreme Headquarters Allied Powers Europe (SHAPE) in Belgium (1970-1973). He attended the U.S. Army War College in Carlisle, Pa. (1973-1974) before going to Seattle, Washington serving as District Recruiting Commander. His next position held was Chief of Staff Western Regional Recruiting Command. Upon completion of his final assignment, James retired from the U.S. Army in 1976 as a 'full bird' Colonel. After his military retirement, he went to Dhahran, Saudi Arabia as an expert in military security for Aramco (1976-1992), where he also advised the royal family during Desert Storm. James' journey finally led him back to Tennessee where he and his wife, Sylvia, settled in Elizabethton, Tenn., where he pursued his love of research and writing. James was a devoted Christian and a member of First Baptist Church of Elizabethton where he also taught Sunday School. James is survived by his wife, Sylvia Gee Chandler; son, James Chandler Jr. and wife, Vicki, of Huntsville, Ala.; daughter, Sherry Freeman and husband, Jim, of Gray, Tenn.; son Jeffrey Chandler and wife, Sherrie, of Blountville, Tenn.; grandchildren, Kelsey Vincent, and husband, Taylor, Ryan Gibson, Austin Chandler and wife, Angela, and Courtney Chandler; and great-granddaughter, Brenna Vincent. James was preceded in passing by his parents, Paul and Myrtle Chandler; and granddaughter, Scarlett Chandler. James was dearly loved and cherished by his wife, Sylvia, and his children.

Memorial services will be held at First Baptist Church in Elizabethton, Tenn., on Saturday, June 25, 2022, at 2 p.m. Interment will be a private family service held at the VA Mountain Home National Cemetery, Johnson City, Tenn., with Military Honors.

In lieu of flowers, the family requests that donations be made in James' honor to either St. Jude Children's Research Hospital or K9's For Warriors.