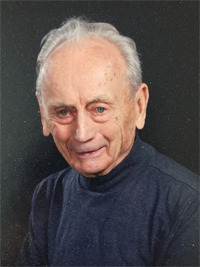 Harold (Hal) Fogelquist died on May 12, 2020 with dignity and love, next to his wife Marilyn, whom he referred to as “the beautiful woman to whom I’m married.” He was 96 years old, had a long fulfilling life, and in June they would have been married 72 years.

His career took them to Italy, the Netherlands, Saudi Arabia, Lebanon, and New York where they explored the cultures, learned the languages, and befriended many. They modeled open-mindedness, inquisitiveness, love of learning, generosity, and a sense of justice and commitment to others to their four children, Jan, Gary, Tom and Lindsay. 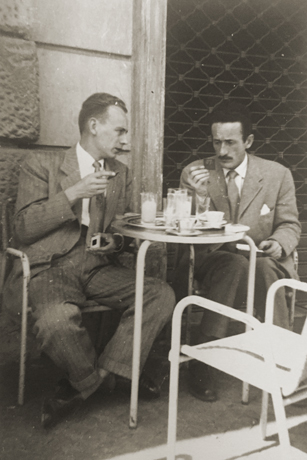 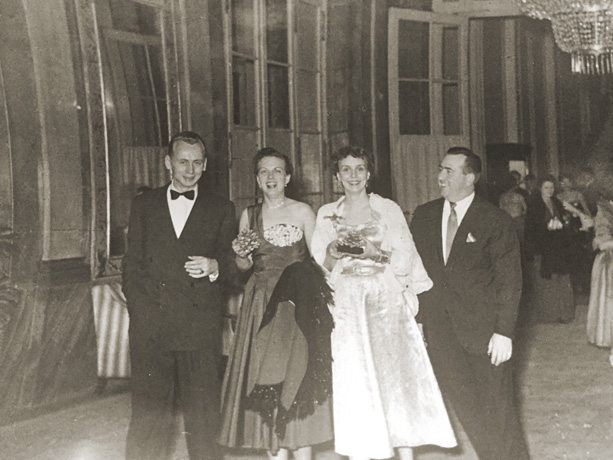 Photos taken when Harold was working for Aramco in Rome (1950-1953). In the first photo, Harold is sitting at a cafe with a close Italian friend and colleague from work. In the second photo, Harold is on the left and Marilyn is second from right in the white dress.

Hal retired as a Senior Vice President from Saudi Aramco in 1981. His career included a panoramic scope of engagement with many aspects of Aramco starting with his work with Italian and later Dutch engineers in the early 50's in the design of the large Abqaiq power plant in Saudi Arabia and other projects. He oversaw utility plants and pipeline operations, Northern area producing, Corporate Planning and Administration, and Industrial Relations, which included responsibility for Saudi Aramco's large Medical Organization comprising three hospitals and multiple clinics, Employee Relations and Training and other areas. He was sent for a year in 1964 to study Arabic full time (and marveled at his good fortune) at the Middle East Centre for Arab Studies in Shemlan, a mountain village in Lebanon near Beirut. He also had a two-year interlude in 1971-1972 as assistant general manager in Aramco's New York office. He expressed his gratitude often at having had many fascinating experiences and working with cherished colleagues and friends throughout his rich, diverse career. 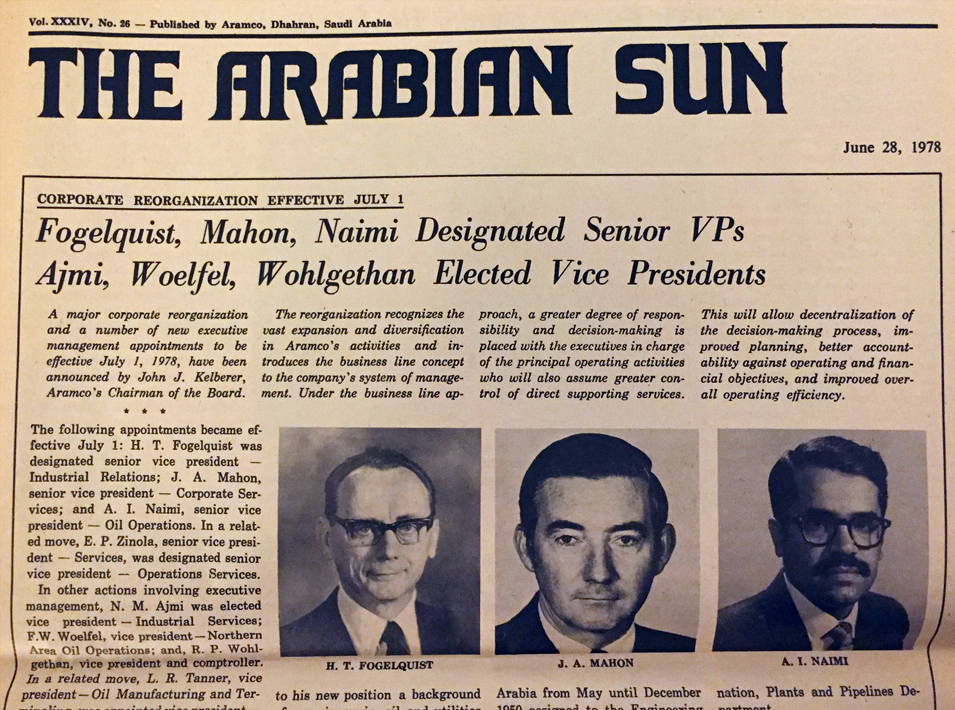 Hal and Marilyn moved back to Seattle in 1981 and started a new life which involved new commitments and adventures, making new friends and reconnecting with old.

Hal was an avid reader. He undertook a self-study of classical music and filled the family home with the music of Bach, Vivaldi, Mozart, Cimarosa and many other composers. He enrolled in long distance Shakespearean literature courses with his children running about the house. He was an enthusiastic, elegant skier and stopped skiing at 86! He also loved hiking and bicycling with friends and family, including his five grandchildren. He and Marilyn took family often to ballet, opera, theater and music performances.

He treasured the daily ritual of bringing his wife breakfast in bed which she will miss along with his loving witty companionship. She and all the family remember Hal, Dad, Grandpa and Uncle with gratitude and love!

Daughter Jan writes, "my father was a loving, witty, intelligent man who embraced the many experiences life offered him and who helped many. I have an image of him as a young 26-year old arriving in Rome in 1950 (his first time in Europe which was inhaling and experiencing the relief of emerging from a devastating war) to begin his work with Aramco there, exuberant and amazed, as he gazed over the domes and arches of this ancient city from atop the Piazza di Spagna, marveling at his good fortune to be there.

I have an image of him recounting that moment so joyfully. It's a lovely memory for me. I have many. He often expressed gratitude up to his last day for the experiences he had been given in life. Gratitude and wit and a sense of history permeated his discourse."

Harold's wife Marilyn J. Fogelquist also worked for Saudi Aramco in the Medical division /SAMSO in the counseling clinic. She was a lively member of the community. His daughter Jan Fogelquist, MD, worked as a Physician in SAMSO ( which later became Johns Hopkins International.)